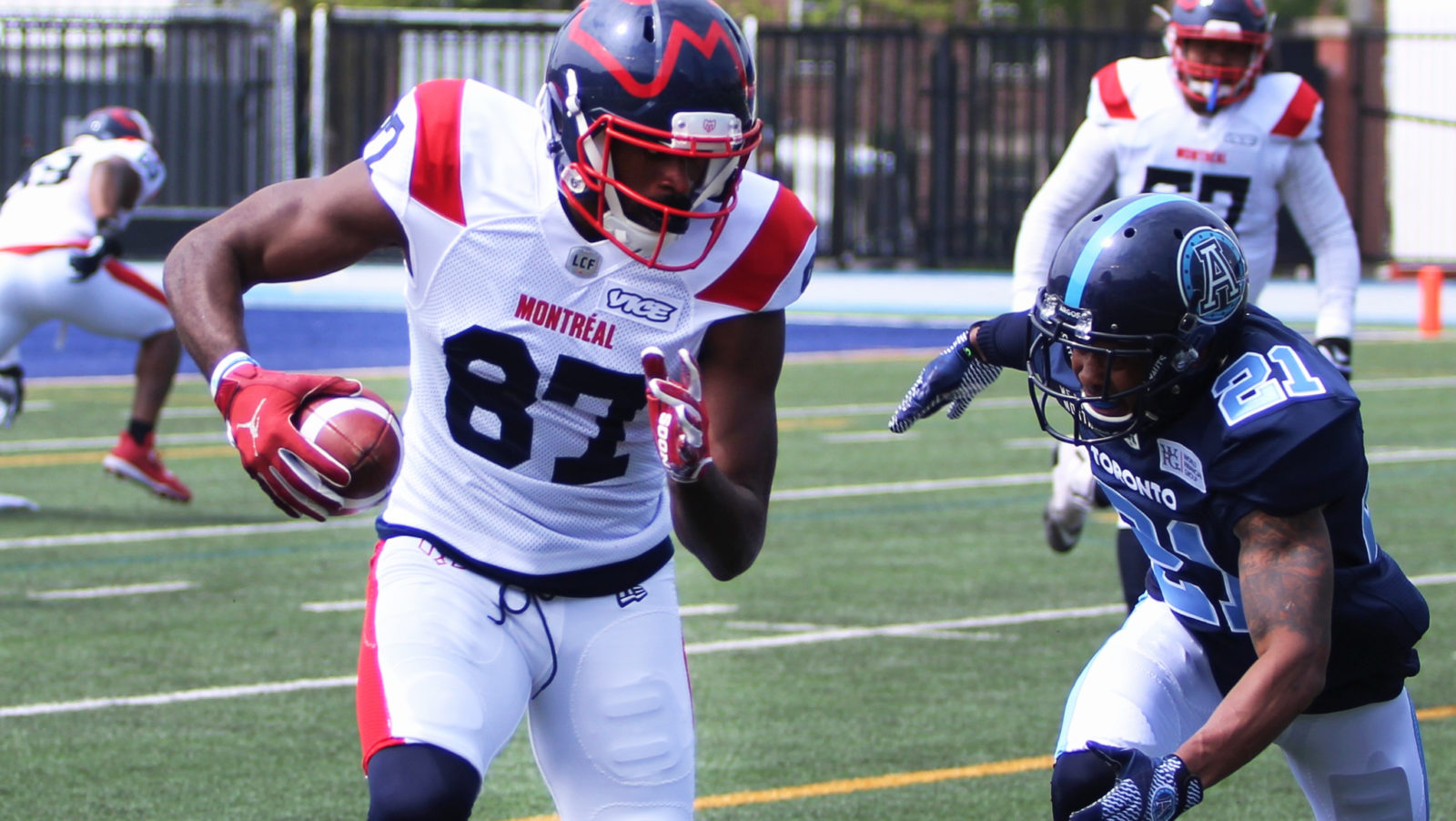 Dormant for most of the regular season, the Montreal offence came to life in the final three games, scoring a combined 92 points in a split with the Argonauts and a victory over eventual Eastern Finalist Tiger-Cats. Still, the Alouettes finished last in scoring (19.8 points per game) and total offence (282.2 yards per game). Recently dismissed head coach Mike Sherman’s squad went through seven different quarterbacks in 2018, a number that must be reduced drastically before Fantasy users can begin to trust Als players.

Antonio Pipkin has the most potential of the Alouettes quarterbacks and stands the best chance to spark the offence. Pipkin played extensively throughout the final two games of the regular season and produced four touchdowns (two passing, two rushing), with three of them coming in the finale against Hamilton. His 3-8 TD-INT ratio leaves room for improvement, as does his 59.5 per cent completion rate. If Pipkin wins the job outright he will still have a massive crowd of skeptical Fantasy users, who will avoid him despite his friendly salary.

If Pipkin doesn’t win the job, Vernon Adams Jr. will be a factor. The once-promising Adams has struggled as a passer but did average 7.6 yards per carry and scored twice in five games for the Als. Like Pipkin, Adams’ running skills will outweigh his passing potential. Matt Shiltz had an injury-plagued 2018 and while the Alouettes still have hope for him, this could be a make-or-break moment for a passer who has a 2-7 TD-INT margin on his 91 career attempts.

Rookie Hugo Richard is likely bound for the practice roster, but don’t be shocked to see the former Laval gunslinger in action if stability at the position is more of a pipe dream than reality.

The door closed on the Tyrell Sutton era when the Alouettes shipped him to the BC Lions in a trade deadline deal. Where that door closed, the William Stanback era opened.

Displaying a combination of power and speed, the six-foot, 233-pound Stanback rushed for at least 50 yards in six of his last eight games, including a season-best 118 yards against the Argos in Week 19. What made Stanback more intriguing was his receiving skills, as the former Virginia Union workhorse averaged a stellar 13.1 yards per reception on his 25 catches and closed out his rookie season with 103 receiving yards in the Week 21 win over the Ticats.

Montreal finished fifth in rushing yards per game and could improve upon that number with a full season of Stanback as the starter and what Als fans are hoping will be an improved offensive line. The one knock on Stanback is his lack of touches, as he never carried the ball more than 12 times in a game. His Fantasy upside is high, but he’ll start the season as a second-tier back who failed to score a rushing touchdown in his 81 attempts.

Veteran Jeremiah Johnson landed in Montreal after spending the past three seasons with BC. Johnson missed five games last year but still averaged 5.3 yards per carry and scored five rushing touchdowns. He’ll have limited Fantasy value while serving as a backup/mentor to Stanback. The seemingly ageless Stefan Logan won’t have much impact on the offence, but the 37-year-old remains a solid return specialist who returned a punt for a touchdown last season, his first since 2016. Ryder Stone rushed for 116 yards and a touchdown on 25 carries while appearing in 13 games as a rookie. Newcomer Josh Cleveland has promise and could find a way to snatch some carries at some point this season.

Looking to find some spark to the league’s worst passing game, the Alouettes signed former Grey Cup Most Valuable Player DeVier Posey, giving Montreal much-needed speed after producing just 25 completions of better than 30 yards last season. Posey projects to be a middle of the road receiver for Fantasy users, but his ability to stretch a defence could open things up not only for the ground game, but for his fellow pass-catchers as well.

A healthy B.J. Cunningham will be the Als’ best Fantasy option. Cunningham missed four games last season, but his numbers suffered under the weight of the constant rotation at quarterback, most notably a drop in yards per catch as Cunningham averaged just 12.1 yards per reception last year after averaging a career-best 16.3 yards per haul in 2017. He is capable of duplicating his 2017 numbers (69-1,128-4) and should be on the outer edge of the second tier of Fantasy receivers. 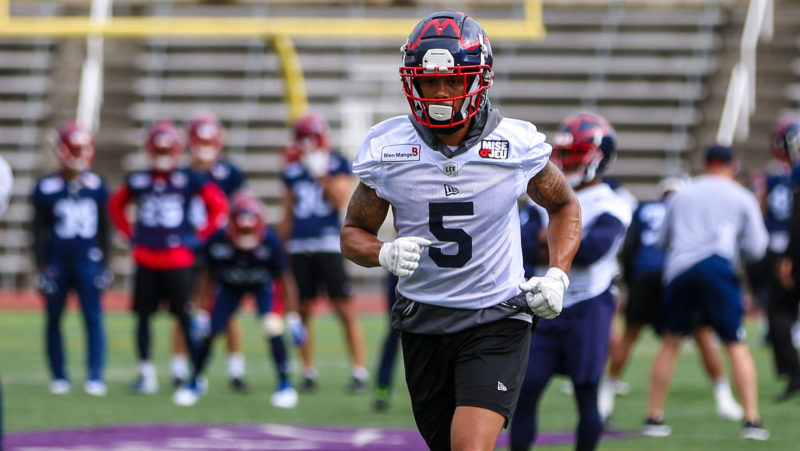 Keep a wary eye on third-year wideout Eugene Lewis, who led the team with 827 yards last season. Lewis and Pipkin began establishing a rapport with each other and showed a flash of what they could do in the regular season finale when Lewis pulled in a 75-yard major from Pipkin. Only Calgary’s Reginald Begelton had a better average yards per catch than Lewis’ 18.8. A 1,000-yard season is possible for Lewis, whose Fantasy value could also see a rapid climb.

The recent release of Ernest Jackson opens the door for the likes of Stephen Adekolu, Zac Parker, Richmond Nketiah, Felix Faubert-Lussier, Malcolm Carter and Chris Brown to chase after starting jobs. Alexander Morrison, who missed the entire 2018 season, could also be a factor while T.J. Graham, who has played 11 games with the team over the past two seasons, could also be in play for starting jobs, although neither presents a strong Fantasy threat.

New defensive coordinator Bob Slowik will have to improve a unit that allowed 28.4 points per game in 2018. The Alouettes were last in yards allowed (7,312) and passing yards allowed (305) along with giving up 50 touchdowns. Montreal was seventh in forced turnovers (33), but the franchise opened up the checkbook in a bid to bring some needed impact toward improving their mediocre numbers.

The signing of three-time All-Star safety Taylor Loffler will help the defence trend upward. Montreal was a disappointing sixth overall with 36 sacks, but the additions of free agent linebackers Bo Lokombo and Patrick Levels should enhance the pass rush. John Bowman held off retirement for one more season and will team up with Gabriel Knapton to give the Alouettes a solid duo outside.