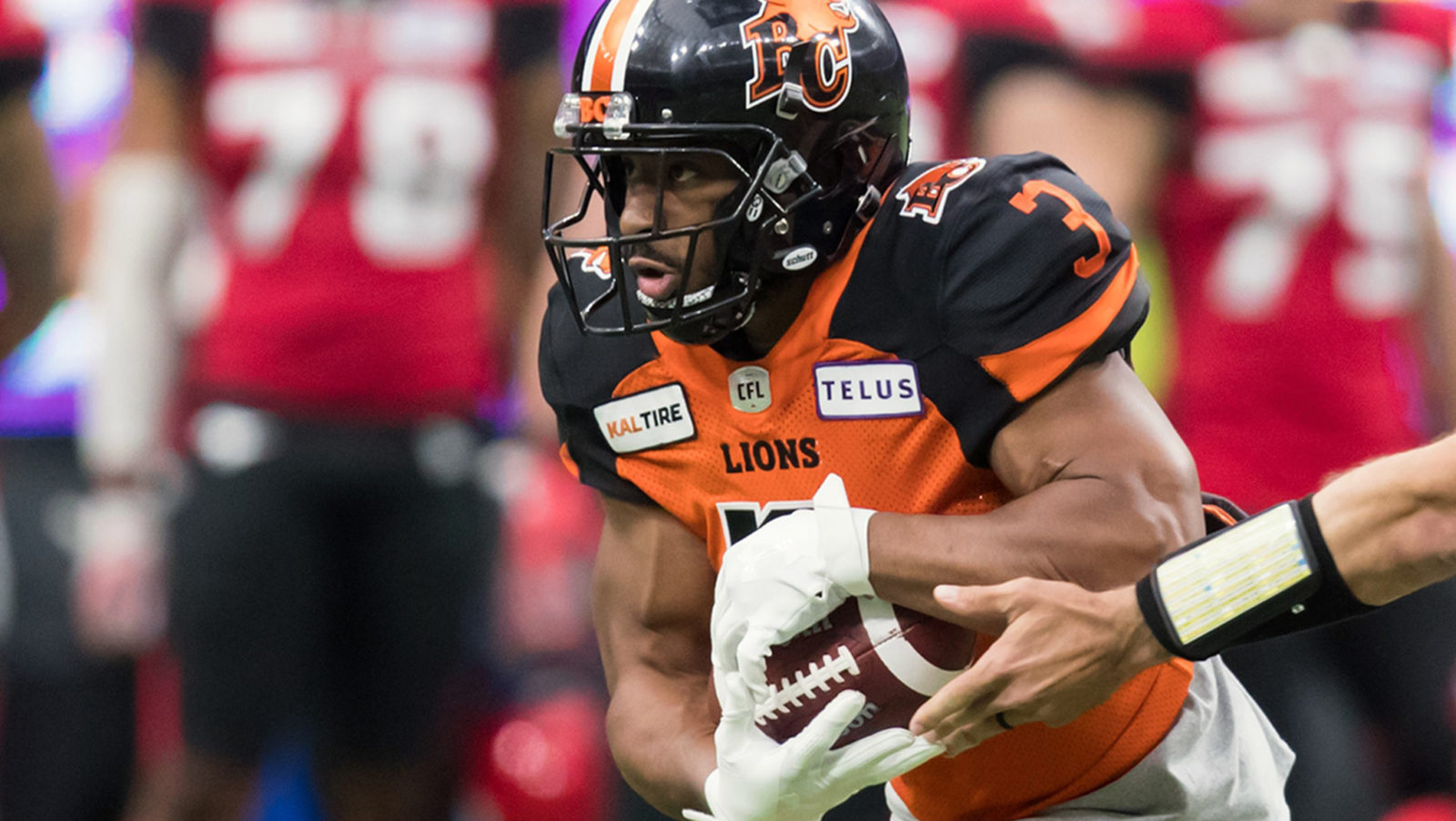 This past off-season brought an unprecedented amount of player movement, including some elite names winding up in new places.

Every new Fantasy season brings along with it some level of uncertainty, but with all the changes in the past couple months, Fantasy players will really have to do their homework to get up to speed before Week 1.

Andrew Harris has been the most valuable RB in CFL Fantasy since arriving in Winnipeg in 2016. Harris led the league in rushing yards (1,390), was second in carries (239), and led all RBs in targets (78), receptions (58), and total TDs (11). He doesn’t have any competition in the backfield that could potentially decrease his workload, although 2018 did see him set career highs in carries, rushing yards, and touchdowns so some regression should be expected.

At age 32, he’s past the point most RBs begin to decline, but at this point it hasn’t begun to show in his production. The addition of Chris Matthews to the Bombers’ offence should free up more space for him to run in the open field but it may cut into some of his check down PPR opportunities.

William Powell finally stayed healthy for a full season in Ottawa and played to his full potential in their run to the Grey Cup. Powell led the league in carries (251), was second in rushing yards (1,362), and was third among RBs in targets (51), and receptions (39). Like many pieces of that dangerous REDBLACKS offence, though, he left town in free agency and signed out west in Saskatchewan. With the Riders spending most of their free agent dollars on Powell and on defence, it appears as though the Riders are set on a ground and pound approach for the 2019 season much as they did in 2018.

If Powell can stay healthy, he’s got the best shot of anyone to eclipse Harris’s workload and production. The biggest sticking point will be his ability to score TDs as the Riders were second last in the league in rushing TDs with most of those scored on goal line plunges by their boundary corner, Nick Marshall.

Brandon Rutley is an accomplished receiver out of the backfield, and the departure of all of Jeremiah Johnson, Chris Rainey, and Tyrell Sutton in the off-season leaves the door wide open for him to emerge as the primary back in a revamped Lions offence led by Mike Reilly. Reilly has some familiarity with another off-season signing at RB, John White, but Rutley’s youth and skill set make this likely his job to lose. Rutley has an astonishing 85.2 per cent career catch rate and would be a great fit in a high-flying Reilly led offence. His career high in carries and targets are only 113 and 39 respectively though, so it remains to be seen if he can handle a full workload. His upside is immense though, and his price tag should be depressed to start the season given his injury history and uncertain role.

James Wilder Jr. didn’t produce on the same levels he had before in 2018 due to injury and sub-par play at QB but hope springs eternal in Toronto. Wilder’s skill set is similar to Harris and he actually averaged more targets per game which increases his appeal in PPR scoring. The addition of Derel Walker should open more space for him to work, but the additions of three other RBs – Tyrell Sutton, Chris Rainey, and Mercer Timmis – in free-agency raise a lot of questions about his potential workload this season. He certainly regressed in 2018 after his stunning finish to 2017, so the new coaching staff may be pressing him to produce early or face a running back by committee situation.

It was a down year for C.J. Gable in his second season in Edmonton. His yards per carry actually increased from 5.1 in his four games with Edmonton in 2017 to 5.3 in his first full season with the Eskimos. The problem that he encountered was a steep drop off in workload as he went from averaging 18 carries and 3.8 targets per game for Edmonton in 2017 to only 11.9 carries and 2.4 targets in 2018. Some of this was due to negative game scripts that led to Mike Reilly taking a career high 111 carries in the offence. Gable was also hampered by nagging injuries through out the season, and at age 31 he may be on the downside of his career.

Shaq Cooper seemed to inject some much needed life into the Eskimos running game in limited work, so Gable’s full time role may be in jeopardy as well. The upside for Gable is that Mike Reilly’s outgoing 13 rushing TDs from last season leave a large opportunity for increased scores this season depending on how the coaching staff decides to handle goal line carries this year.

William Stanback showed big play potential as a rusher and receiver after getting the starting role in Montreal following the trade of Tyrell Sutton. He averaged 6.5 yards per carry along with 8.4 yards per target in his final seven games for the Als in 2018. The biggest question for him, along with the rest of the Als offence, is whether they can find consistent play at QB this season to allow him to get the workload he needs to be a consistent Fantasy producer. Montreal ran a league low 49.2 plays per game on offence last season which just doesn’t translate into Fantasy reliability for anyone in that offence. If any of Pipkin, Mathews, Adams, or Shiltz can provide some semblance of consistency this season, Stanback could emerge as one of the top RBs in CFL Fantasy. Jeremiah Johnson could potentially eat into his workload, but it’s more likely that he was signed for depth rather than competition for the starting role.

William Powell’s departure from Ottawa leaves a shining opportunity for his backfield mate Mossis Madu Jr. to step into the full-time starting role. They had worked nearly interchangeably throughout the 2016 and 2017 seasons as they were shuffled in and out of the lineup on a weekly basis. Madu struggled to produce in limited action in 2018 but it would appear that it is his job to lose this year as his competition in the backfield – Gillanders and Morris – seem more suited to specific roles than workhorse duty. The Ottawa offence as a whole is expected to take a significant step back though this season after the departure of Trevor Harris, William Powell, SirVincent Rogers, Greg Ellingson, and Diontae Spencer, so players shouldn’t expect Madu’s production to pick up where Powell’s left off. 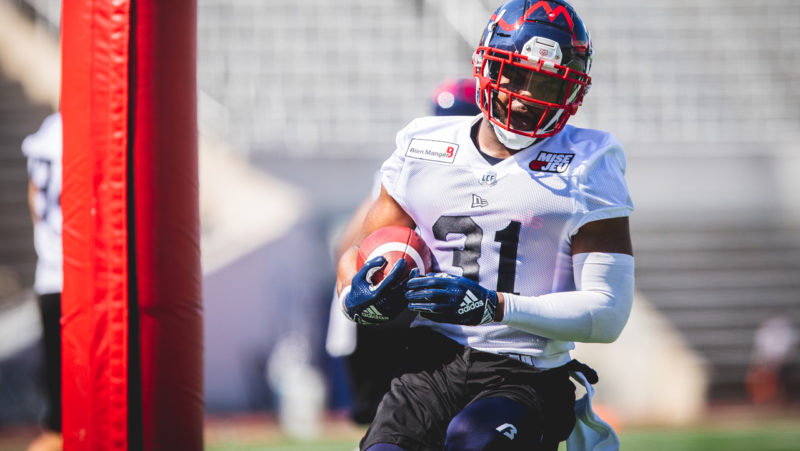 Don Jackson’s emergence as the lead back in Calgary was somewhat surprising last season as most expected Terry Williams to take that role following his stellar finish to the 2017 season. Jackson stormed out of the gates though with unsurpassed efficiency, averaging 7.76 yards per carry over his first four games while tacking on two touchdowns over that stretch. However, as the season wore on, his efficiency lagged, and he surpassed 54 rushing yards only once in his last eight starts and ceded significant playing time to Romar Morris by season’s end. Morris could be out a while due to injury, but Calgary signed a number of international RBs in the off-season, meaning that Jackson could potentially lose his starting role just as surprisingly as he won it a year ago.

The unexpected release of Alex Green in May made a little more sense of the unexpected signing of Cam Marshall in February. There’s a lot of uncertainty at the RB position in Hamilton going into training camp, but Marshall certainly has the most polished resume of the group. Marshall showed some flashes of brilliance in a largely lackluster Saskatchewan backfield late in 2018 with games of 76 and 134 yards on the ground in two late season contests. His main competitors for the job are Sean Thomas-Erlington, who has operated primarily as a change of pace option and a slotback in Hamilton, and national rookie Maleek Irons from the University of Ohio. Any of the three though could emerge as excellent value plays early in the season if they get a clear hold of the job.

Running back is generally the most easily replaced position in Fantasy football as backups tend to come in and produce at similar levels to the player they’re replacing. It’s essential for Fantasy players to keep an eye on the injury reports and depth charts weekly as getting that low-priced value RB in for salary relief is a real path to Fantasy success. Reserve RBs rarely hold any value on a weekly basis but when given a starting role they are usually the key to victory weekly.