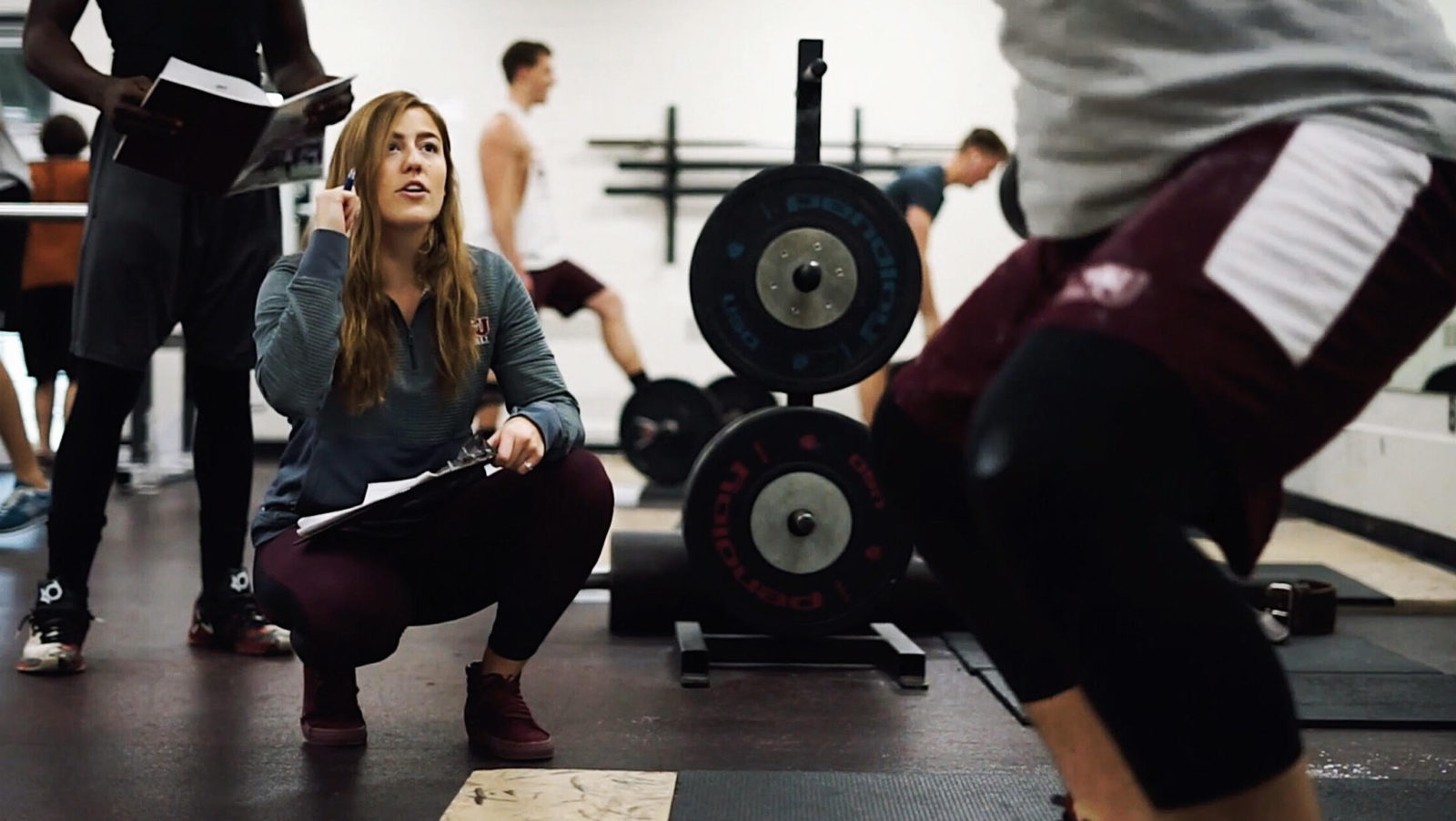 Sometimes you have a story idea presented to you. Occasionally you search stories out. Rarely do the best ones come out of nowhere and just need to be told.

Erin Craig is the latter of those three.

You might have noticed the women who have joined CFL officiating staffs this pre-season or Sarah Thomas, the first woman to officiate an NFL game this past year. They’re here to stay and the next step for equality on CFL sidelines is coaching.

That’s where this story begins, but certainly not where it ends.

While attempting to answer a U SPORTS question last week, I found myself on the Saint Mary’s Huskies website looking at the football roster and coaching staff. 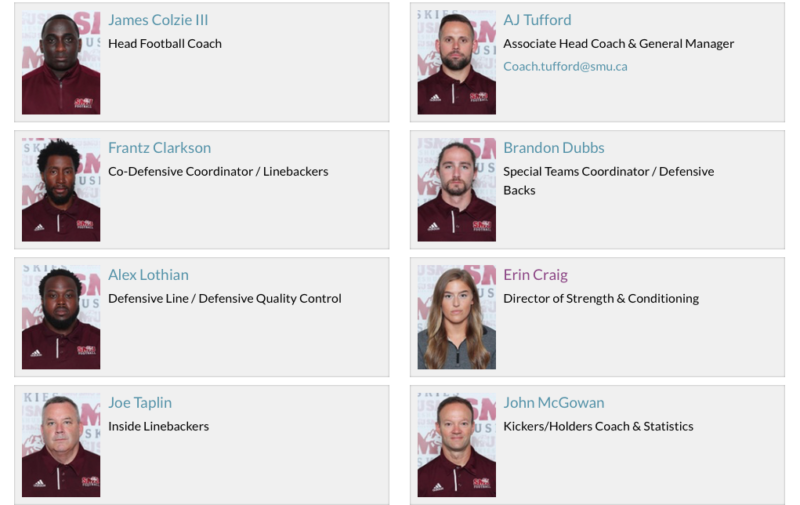 One of these things is not like the other. Not that it’s unheard of to see a female presence on a university coaching staff, but strength and conditioning in a sport that prides itself on nine months of weight lifting competitions in preparation for a three month sprint?

I suddenly felt compelled to search out Erin Craig and learn more about her football story. The search led me to a phone call from France to chat with not just a Halifax-based strength and conditioning coach, but one of the true up and coming women in Canadian football.

Erin hails from Barrie, Ontario and left home to get a bachelors of science and kinesiology degree in Halifax at Dalhousie with the plan to return home to Ontario afterwards.

After graduating in 2015 she completed an internship with Canadian Sports Centre Atlantic and became a certified strength and conditioning coach. Immediately Erin was hired on to work with athletes from multiple disciplines including volleyball, basketball, rugby, soccer, figure skating and curling.

All ages, all ability levels.

It was there that Erin got her first exposure to working in a football environment with Football Nova Scotia.

“I just loved being around one team that had many types of athletes all on the same team,” she said. “I loved that there were bigger, stronger, power-based athletes mixed in with smaller speed and quickness athletes. Within my first year I fell head over heels for football and the types of athletes that come with it and culture that football brings to the table.”

Erin got a job working in the Saint Mary’s on-campus gym as a trainer and worked up the courage to approach Huskies head football coach James Colzie III.

“Courage to try new things comes with wanting to reach the next level in helping players reach their performance goals,” said Craig. “I approached him about what they had in place for a training program and asked to be part of it. He liked what I did so I made the program that first year for the team. One thing led to another and before I knew it three seasons passed and I was still running the team’s workouts and training.” 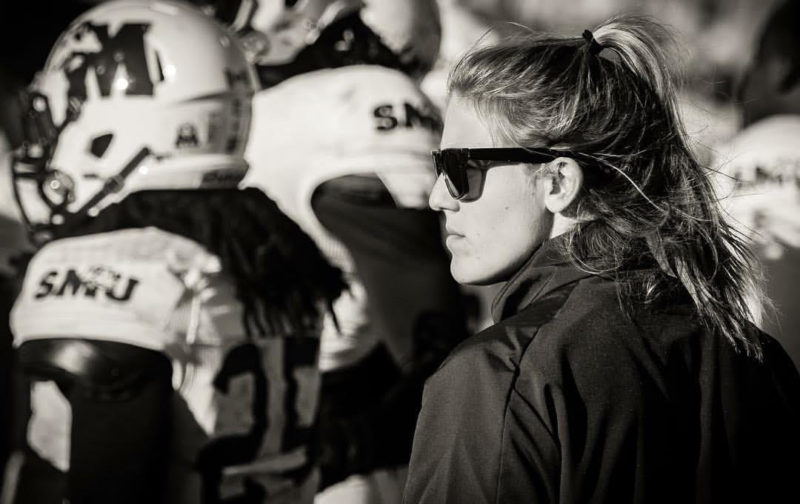 Craig stands on the sideline with the SMU football team (Photo: Erin Craig)

During her time at SMU, Erin would meet Dave Gould who handled some special teams and the running backs for Saint Mary’s in addition to his role as Head Coach and Offensive Coordinator for the Halifax Xplosion of the Maritime Women’s Football League.

When Gould took a head coaching job in Grenoble, France to lead a division one team, he attempted to convince Erin to hop the pond with little success, until this past December when Erin took the leap of faith to chase a new avenue of her football dreams.

As Erin put simply before a team practice last week from France by phone, “it was time for a new challenge.”

In Grenoble she not only plays for the local women’s team but also coordinates strength and conditioning for the men of the Grenoble Centaures while coaching the defensive line.

Starting to realize why I believe Erin to be one of the most interesting and driven people in Canadian football?

This past February Erin was one of four Canadian women invited to the NFL’s Women’s Careers in Football Forum in Indianapolis. There she rubbed shoulders with NFL general managers, head coaches and scouts, soaking up as much knowledge as possible on how to push her dreams forward.

Women of influence were everywhere from Bills seasonal tight ends coach Phoebe Schecter to Jen Welter who coached inside linebackers for the NFL’s Arizona Cardinals during their training camp and 2015 pre-season, making her the first female coach in the NFL, but it was 49ers assistant coach Katie Sowers who Craig related to the most.

“She (Sowers) seemed exactly like how I’m starting out. Definitely helped to hear her opinions and advice and know that what I’m doing isn’t impossible. If we work hard enough we can make an impact.” 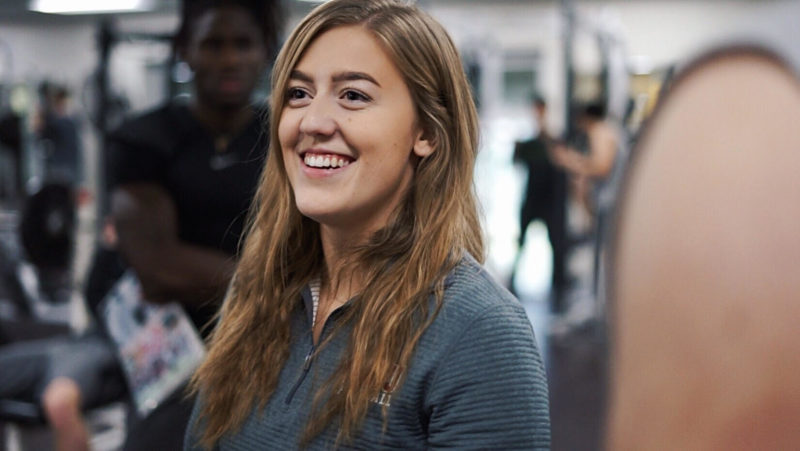 Craig is currently in France as she pursues her career in football (Photo: Erin Craig)

Erin left such an impression at the forum she received an invite to Indianapolis Colts training camp this summer to shadow the strength and conditioning coach.

“I’m very grateful for the opportunity and can’t wait to be a sponge!”

After the Colts experience, Erin will continue her football journey in France but after that, all bets are off and the sky is the limit.

“I’d love to coach some more positionally, scout some more while maintaining my strength and conditioning background. I’d love to see how NCAA teams are run but ultimately I want to be back in Canada with a CFL team or creating a facility that develops athletes and pro athletes to train in multiple disciplines.”

With an Atlantic Canada CFL team on the not so distant horizon, I asked Erin about where she plans to call home when returning to Canada?

“I could honestly live anywhere, so when I say I want to eventually land back in Canada, I mean just that. I’m open to any and every opportunity to move my career forward. When I first started at SMU it was a big first opportunity. Spending three years there I loved being able to see players grow and mature and I want to be a part of other people’s journeys when I come back to Canada.”

I get the sense anyone who gets to be part of Erin’s football adventure won’t forget it anytime soon. Get to know Erin Craig, one of Canadian football’s quietly rising stars who one day just might make history calling the sideline home for your favourite team.