Can Khari Jones be a calming presence in the centre of a storm?

There’s no denying the Montreal Alouettes’ situation. The team is under league ownership while a new buyer is sought. Four years of missing the playoffs has taken its toll on the fan base and on Saturday, the team endured another jolt when it announced that Head Coach Mike Sherman had been fired. The news comes six days ahead of the team’s season-opener in Edmonton.

It’s a big move and almost unheard of to fire a head coach in training camp, but given the situation, Jones taking the job is the logical next step. Whereas Sherman was a newcomer to the CFL, learning the Canadian game last year in his debut as the Als head coach, Jones knows the CFL inside and out. He spent 11 years playing quarterback here and won the league’s MOP award in 2001 with Winnipeg. He’s spent the last 11 years coaching in the league, winning a Grey Cup with the Riders in 2013 as their QBs coach. He’s going into his seventh season as an offensive coordinator.

“I can’t say enough about the opportunity in front of us,” Jones said on Saturday’s conference call.

“It won’t be my effort but a whole team effort. The players know who I am, they trust me. They know I’ve been in their shoes, they know I’ve been in this league for 20 years and they’ll always know I have their best interest at heart. Everything I do is about winning football games. I’m excited about the opportunity.” 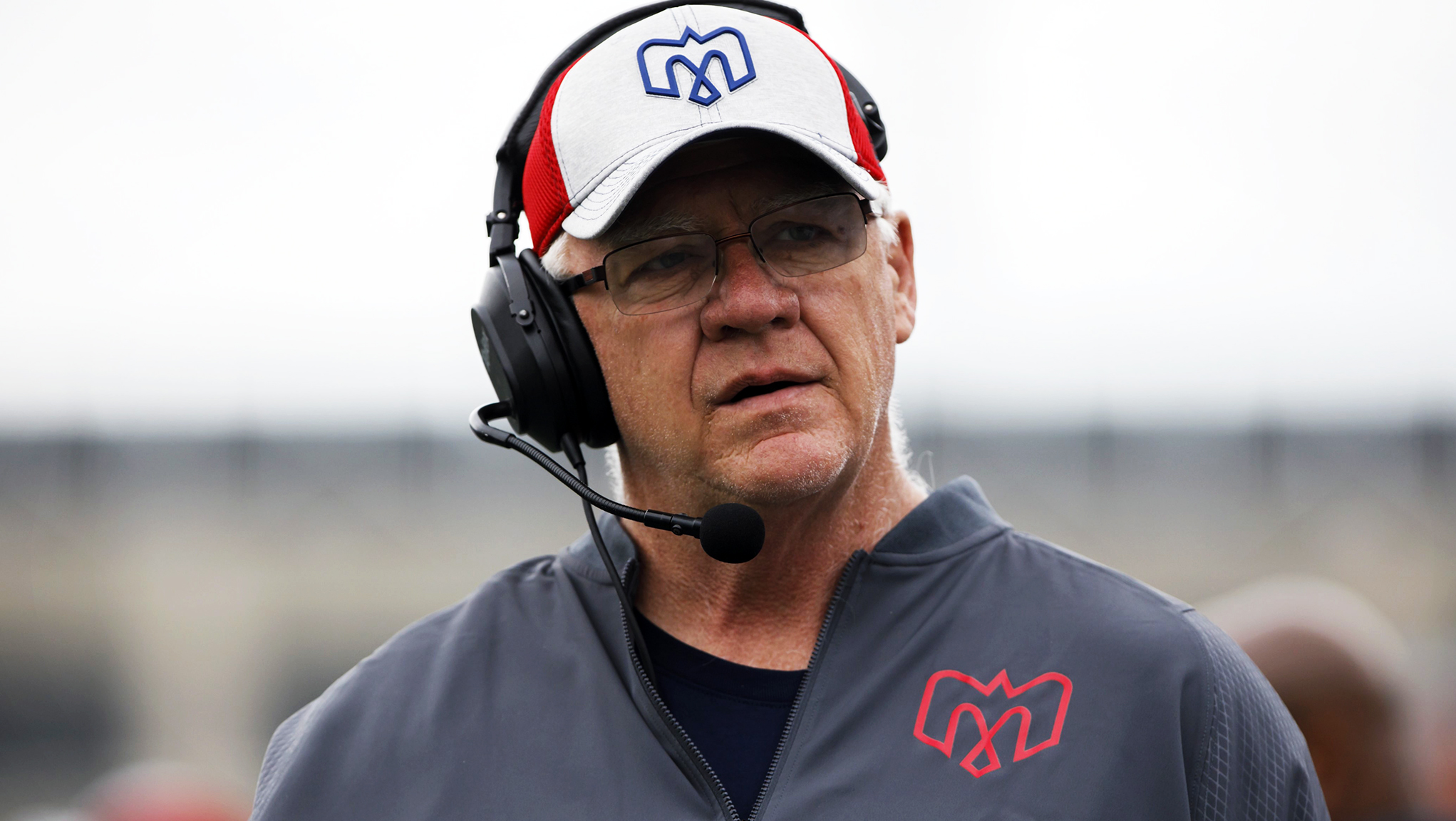 Mike Sherman, seen her coaching his final pre-season game on Thursday, agreed to par ways with the Alouettes on Saturday paving the way for Khari Jones to take over the head coaching post (MontrealAlouettes.com)

It’s a challenge to say the least, but there is an opportunity for Jones, who will take on a head coaching role for the first time in his career. Many of the issues swirling around the organization are out of the players’ and coaches’ hands. If Jones can bring his players together and make their locker room something of a haven from what’s going on outside, it could help the team function on a day-to-day basis and let them try to get control of the things they can control; going out and competing in games.

This is far from an optimal situation to go into your first head coaching role, but Jones should have an idea of what to expect. His experience as a quarterback and his knowledge of the league should carry weight with the players. After a year of a head coach that was trying to learn on the fly, the Als players will likely very much enjoy having someone that speaks the specific Canadian dialect of their football language.

“We looked internally for his replacement because we felt we have some tremendous coaching talent,” Alouettes GM Kavis Reed said.

“(Jones is) innovative, has tremendous communication skills and a commanding presence. We feel strongly that he’ll be able to lead us.

“We (made this change) believing our goal to win this season would not be compromised. We believe strongly in coach Jones and what he will add to this team.”

His hiring also aligns the Alouettes with the rest of the league in terms of the age of a head coach. Jones is one of three 48-year-old head coaches in the league. The average age of CFL head coaches this season is now 45.3 years.

Jones is also one of six head coaches in the league (DeVone Claybrooks in BC, Dave Dickenson in Saskatchewan, Jason Maas in Edmonton, Mike O’Shea in Winnipeg and Orlondo Steinauer in Hamilton) to have prior CFL playing experience.

The Als are in a tumultuous stretch of their existence. Jones’ move to head coach won’t fix everything for the team, but it could emerge as a positive for the 2019 season.