Next Man Up: Stampeders unfazed by changing defence

Next Man Up: Stampeders unfazed by changing defence 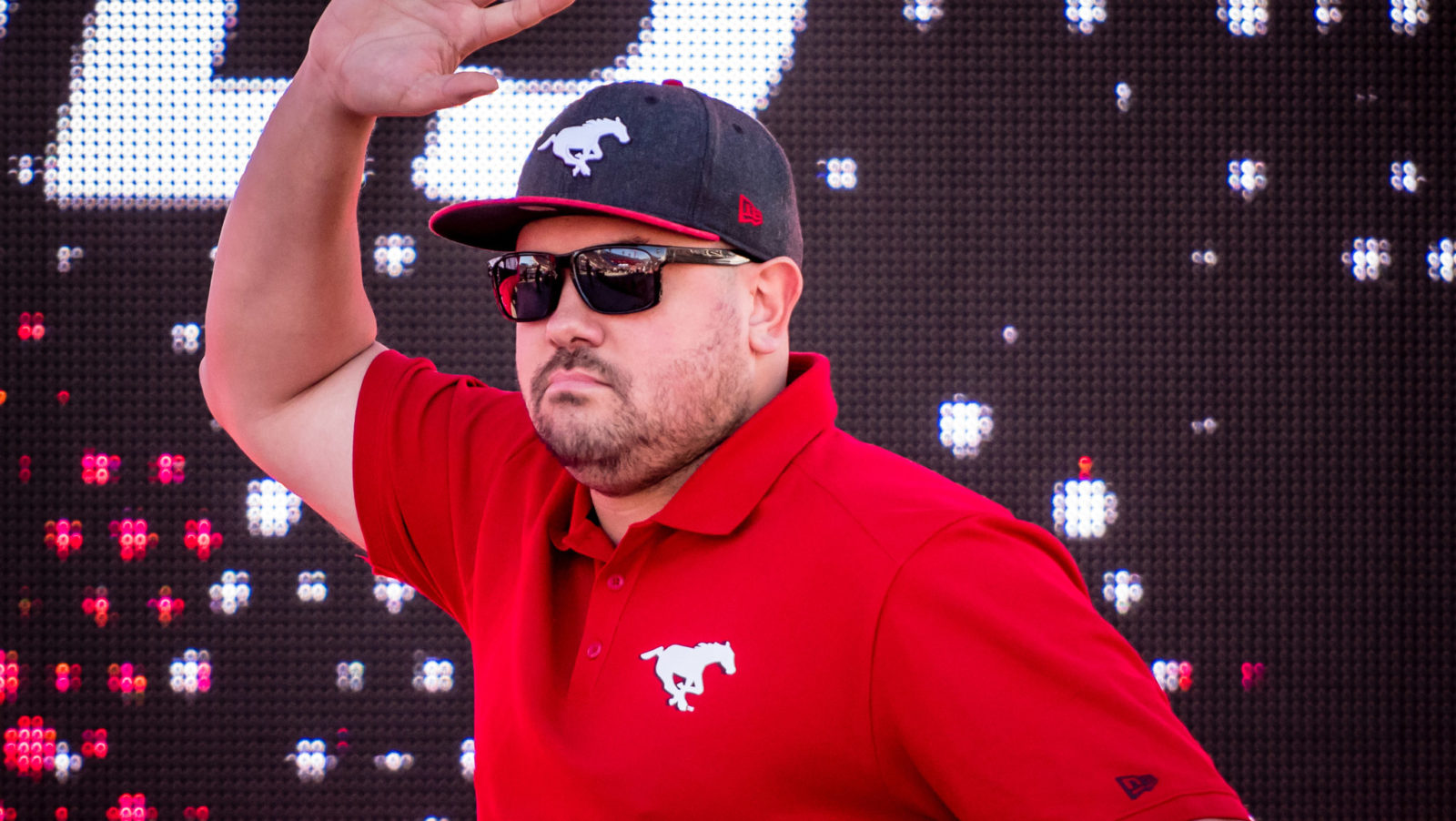 Monson is set for his first season as defensive coordinator in Calgary (Stampeders.com)

“It’s just a next man up type of thought process. Everyone is always working together to be ready for that next challenge.”

f you talk to anyone with the Calgary Stampeders, it sure doesn’t seem like they’ve been ravaged by turnover on the defensive side of the ball. The defending Grey Cup champs enter the 2019 season confident as ever, on both sides of the ball, and why not? History suggests the Stamps will be just fine, even with an All-Star laundry list of defensive departures.

Mitchell is referring to fourth-year head coach Dave Dickenson and brand new defensive coordinator Brent Monson. The latter takes over from the outgoing DeVone Claybrooks, who left to join the BC Lions as head coach in the off-season. The expected departure of Claybrooks was the precursor to a winter of change on the defensive side of the ball.

“It’s just a next man up type of thought process,” Monson said over the off-season. “Everyone is always working together to be ready for that next challenge.”

And while you can never be fully ready for losses like above, Monson has been preparing for this challenge for the last decade. After a modest playing career, Monson joined Calgary’s staff in 2010 as a fresh-faced, 23-year-old linebackers coach. In the nine seasons since, he’s worked his way up the ranks and earned the respect of everyone in that locker room.

“I’m excited for him to get his opportunity,” Mitchell said. “I think he’s been a guy who’s been waiting in the wings for a while and it’ll be exciting to see where our team goes.”

Monson has no shortage of experience with the Stamps to draw on over the last ten years. He’s been a positional coach at linebacker (twice), defensive line, and running back before getting the bump to defensive coordinator in December. Along the way, Monson has had the chance to mentor under some of the most accomplished coaching names in the game.

“I’ve been able to learn from some great guys like Huf and Dave and all the other defensive guys that have been here,” Monson said. “DeVone (Claybrooks), Rich Stubler, Chris Jones, and all those guys. Just learning from them and working closer to the guys above me has been great.

“I think everyone has their own thing that I’ve learned from each guy. I kind of pull different things. Everyone is a different defensive mind, with Stubler, Jones, and Claybrooks. And all of them have taught me different things along the way. I’m just excited to have the opportunity to put my own twist on things.”

All signs point to Monson being ready for this new chapter. His biggest challenge is going to be meshing a modest group of returning players with a mish-mash of incoming veterans and CFL rookies. If there’s one team with a proven track record of succeeding in this area, though, it’s Calgary.

Remember, the likes of Claybrooks, Singleton, Johnson, and Thurman were all unknown quantities when they stepped into their new gigs. With an established winning culture, the Stampeders are fully confident in their ability to pick up where they left off in 2018.

A few returning faces on the other side of the ball doesn’t hurt, either.

While turnover characterized Calgary’s winter on defence, the opposite is true on the other side of the ball. The Stamps return the lion’s share of their most important offensive players in 2019, led by their quarterback. 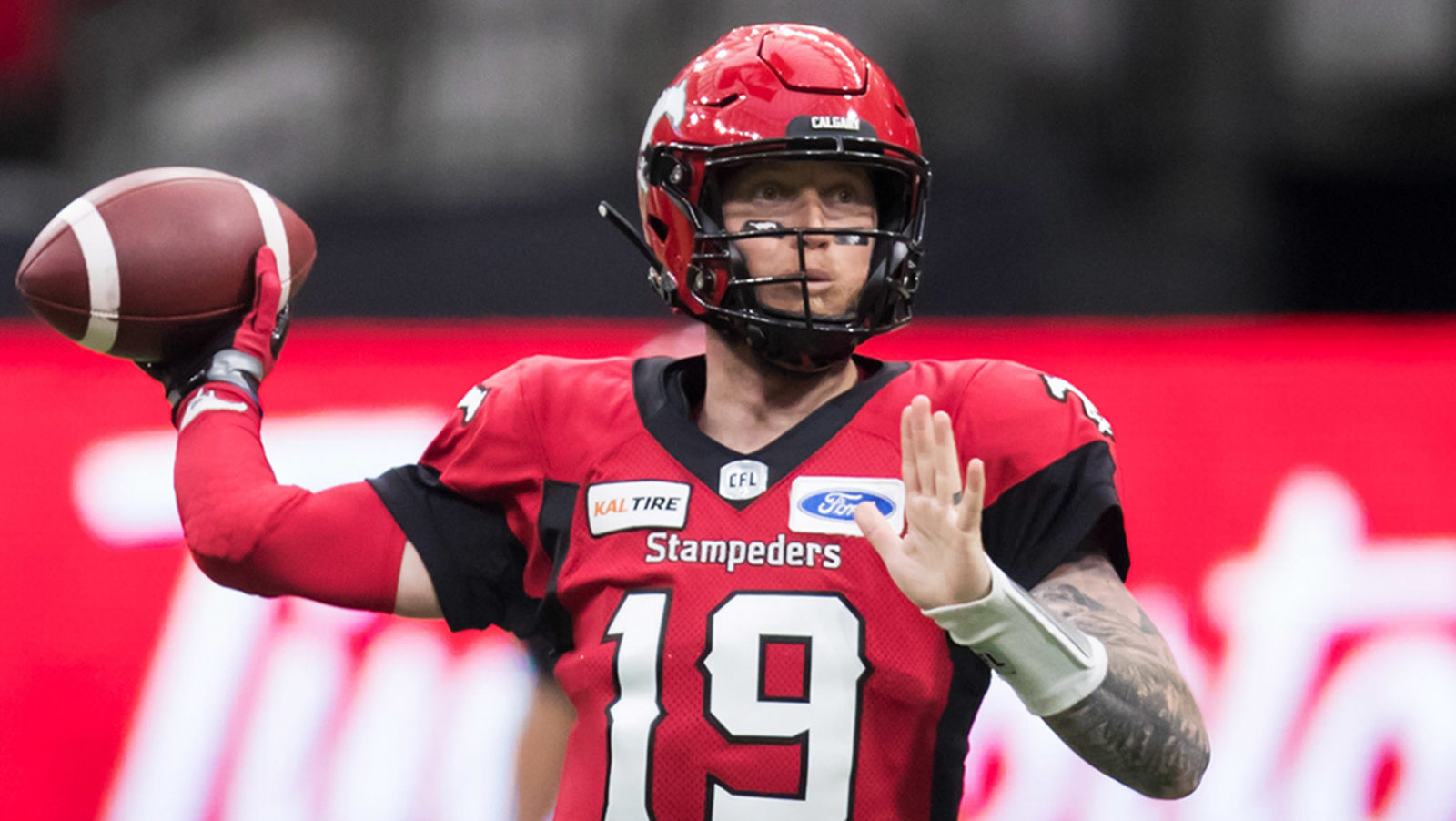 Mitchell opted to remain with Calgary over the winter despite tempting offers on both sides of the border. The two-time Most Outstanding Player had serious offers from three NFL teams, but opted not go that route on the eve of CFL free agency.

That was just the beginning in a long list of difficult decisions for Mitchell, though. With the league’s quarterback carousel rotating unlike we’ve ever seen, Mitchell had serious offers from numbers other teams. In the end, Mitchell had to evaluate his highest priorities and make a quick, but crucial, decision about his future.

“I kind of had it down to two other teams and the numbers were high,” Mitchell said. “To me what was most important were the offensive pieces and the coaching. Winning is what I care about and that’s kind of how I based my decision.”

You can understand why winning was at the top of Mitchell’s list, too; it’s all he’s known in this league. Since being named starter in 2014, Mitchell has established himself as the CFL’s most consistent and successful pivot. Five trips to the Western Division Final, four Grey Cup appearances, and two titles speak loudly to that claim.

Knowing Mitchell had plenty of tempting offers to weigh, Calgary did their best to keep his 2018 supporting cast in tact. The Stamps will return a good chunk of last year’s receiver group and offensive line, while their tailback trio remains untouched.

“I think the biggest thing that really made the decision for me in the end was Calgary going out of their way to sign (Juwan) Brescasin, to sign Eric Rogers, to get pieces back around me. They signed the offensive line early. I think that really helped make my decision a little bit easier when comparing to some of the other teams and the pieces they had put together.”

On the offensive line, Grey Cup starters Derek Dennis, Shane Bergman, and Ucambre Williams are all back to anchor the 2019 crew. It forms a pretty good base to build on as sophomores Ryan Sceviour and Nila Kasitati look to step in and play bigger roles.

And then there’s Calgary’s three-headed monster at running back. After averaging 5.8 yards per carry in 2018, Don Jackson will lead the way in a group that also includes Terry Williams and Romar Morris. All three proved they’re capable of carrying the load last season, which bodes well for continuity this year.

Part of the reason the Stamps are so unfazed by all the change they’ve undergone defensively is how much continuity has remained on offence. Even if there are early growing pains on defence, this offensive unit led by Mitchell looks more than ready to pick up the slack.