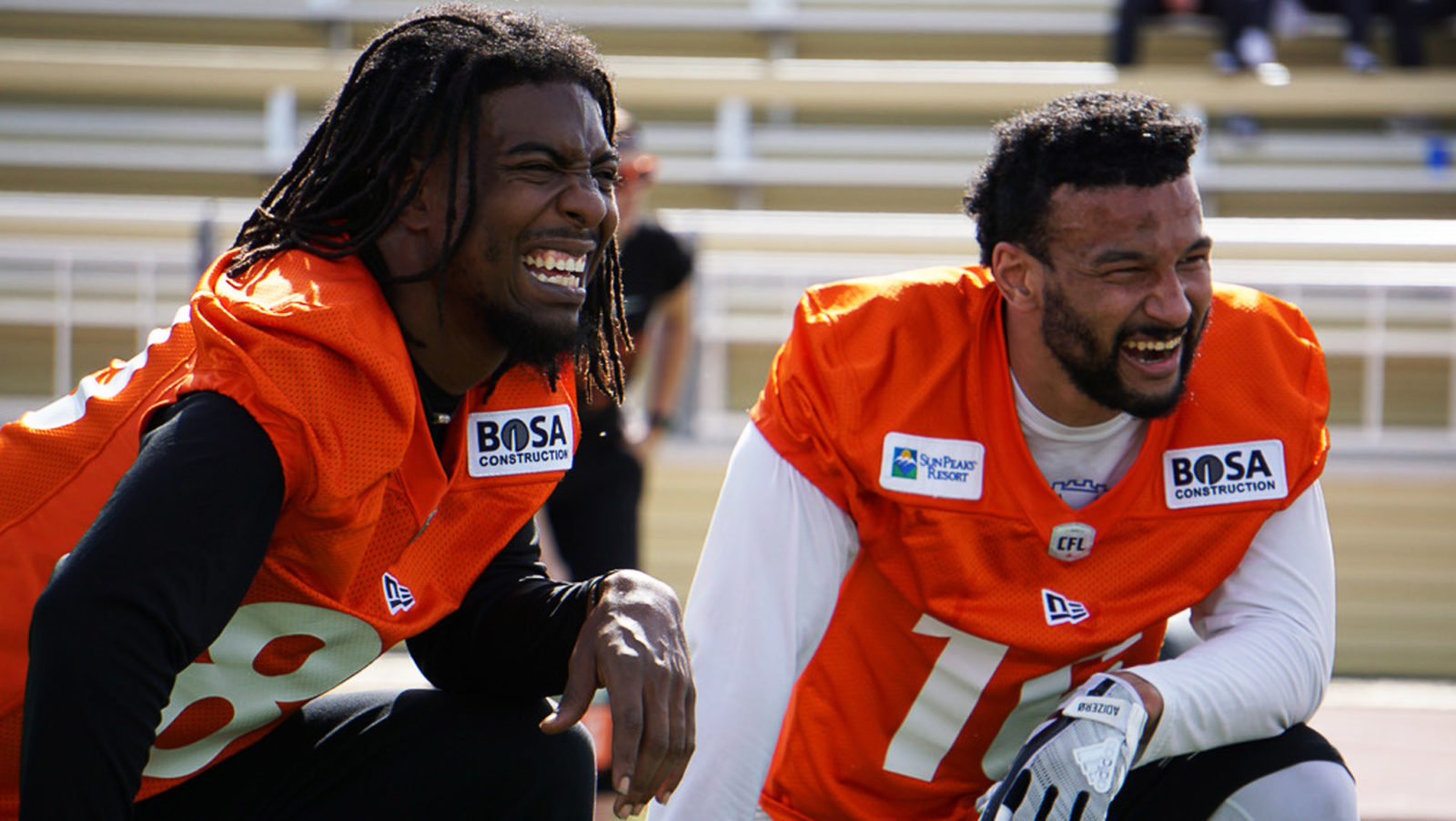 “We’re not going to be detrimental to our team but we want individualism in a team setting. We allow our guys to be themselves. They understand the boundaries and we give them a lot of rope. We try to be pros and be mature about it.”

here was a point during Friday night’s game at BC Place that the in-stadium camera made its way to the Lions bench during a stoppage in play.

Queen’s We Will Rock You played and naturally, Duron Carter started singing along, sitting at the top of the bench. Odell Willis sat next to Carter and joined in, adding a dramatic air guitar solo. The fans responded with one of their loudest moments of the night, before the Lions would provide some on-field excitement, pulling out a 38-36 win over Calgary to put a wrap on the pre-season schedule.

The Lions had one of their most productive off-seasons ever this year, adding Mike Reilly, Carter and a host of other talented players to their roster. They also restocked their sideline, with GM Ed Hervey concluding his first year on the job by hiring DeVone Claybrooks to replace the retired Wally Buono at head coach. In turn, Claybrooks built a coaching staff that’s mixed with experience — Rich Stubler, Jarious Jackson and Brian Chiu — and a number of new coaches that are recently retired players, including his former Calgary teammates Nik Lewis and Drew Tate.

This is a roster with a lot of talent and as Carter and Willis showed once the camera found them, a lot of characters.

“We’ve got some real free spirits,” Lions president Rick LeLacheur said on Friday, looking out onto the field from the east end zone.

“But that’s what the younger crowd is all about. Our young crowd is…you look at a ticket as sort of a cover charge to a club. That’s what we’re trying to do.” 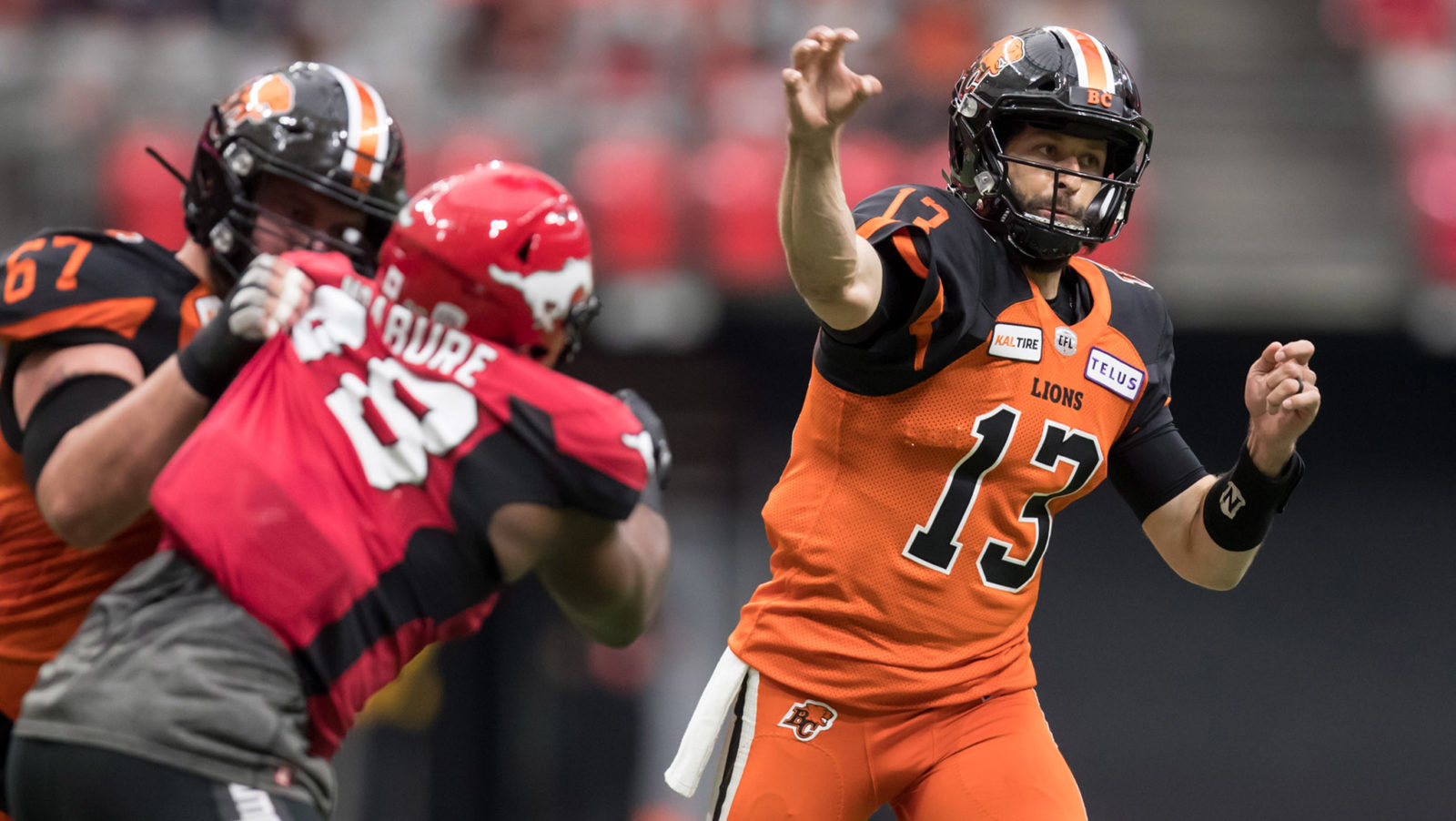 There’s a deep awareness from the Lions about their challenges on and off the field this year. LeLacheur, who was president of the Edmonton Eskimos from 2002 to 2011, doesn’t skirt what he’s battling. He wants to fill the seats at BC Place and he’d love to do it drawing in new, young fans. Hervey built his team to win but it happens that he’s signed a lot of charismatic, strong personalities along the way. From LeLacheur to Hervey to Claybrooks, they’re all rolling with it.

It remains to be seen what these Lions will be when their season opens on Saturday. Whatever its record, the one thing we do know is that this team will not be filtered.

“Everybody gets to be themselves,” Carter told BCLions.com’s Matt Baker last week. “There is nobody trying to be someone they are not.”

Now a part of the Lions organization for six months, Claybrooks says from to bottom in BC, you get to be who you are.

“You look at Ed, you look at Torey (Hunter, the Lions director of player personnel), look at myself, you look at Mike, anybody,” Claybrooks said.

“You look at our team and we’re a bunch of individuals coming together for a common goal. We’re putting the team above all else.

“We’re not going to be detrimental to our team but we want individualism in a team setting. We allow our guys to be themselves. They understand the boundaries and we give them a lot of rope. We try to be pros and be mature about it.”

That manifests itself in different ways. Sometimes it’s lip synching and air guitaring on the sidelines. It can be Carter talking about social issues on Twitter. It can be Tate, pictured for his bio on the Lions’ website in a camouflage blazer (that has to be a CFL first, right?).

“It’s the best freedom in the world,” said Willis, who has always spoken his mind and sometimes caught criticism for it through his career.

“In this business, (sometimes) as soon as you walk in the building people are paying attention to you. ‘What’s he doing?’ (Watching) how you act, how you interact with people.

“Here, it’s almost like the Bulls. Michael Jordan didn’t care what Dennis Rodman did but when he got in between the lines, as long as you’re playing, hey, we’re good. That’s basically how our coaches are, how the GM is.”

That freedom, that room to breathe and be yourself can be tough to come by in football.

“I ain’t going to call out names but other coaches, they want to see your text messages,” Willis said.

“They ain’t in the league anymore, but you’ve got coaches (that do that). It happens, trust me.

“I don’t want to call out names but you have coaches saying, ‘Why you doing that? You’re better than that’ It’s like, what, this is who I am. So then when that happens it’s like, ‘OK I’m going in my shell. Then it’s like, ‘OK what’s wrong with you?’ If I act like myself it’s a problem but then when I come in and don’t say anything you feel like I’m pouting and it’s not, I’m just trying not to get into trouble.”

Listening to Claybrooks and his players talk about it, it’s clear that the rule — singular — has been laid out clearly.

“Don’t embarrass yourself or the organization, that’s it,” the coach said. “The more rules you have, the more rules there are to be broken. It’s that simple.” 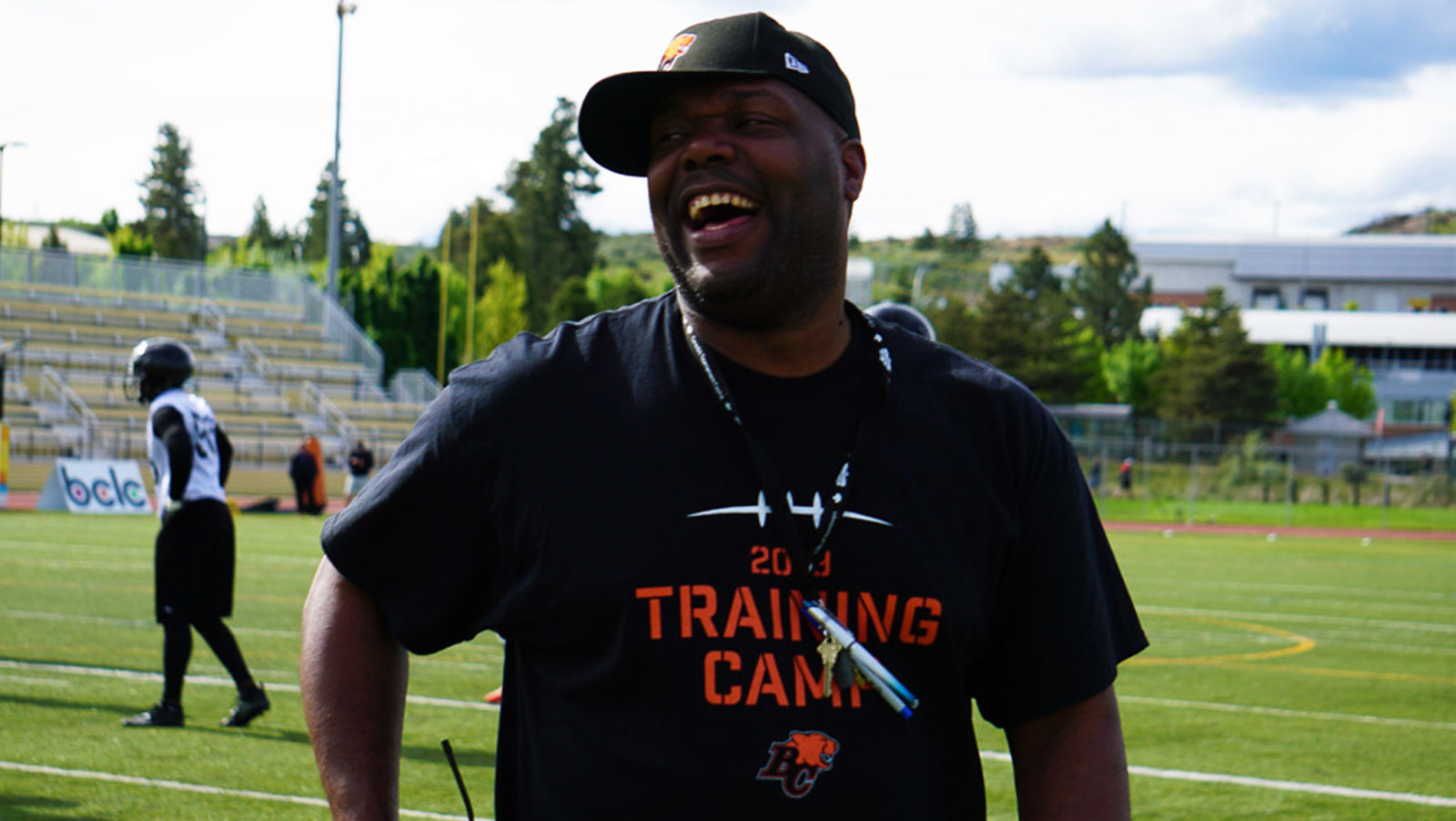 DeVone Claybrooks is encouraging his players to be themselves (BCLions.com)

It’s a different world than the one LeLacheur grew up and played hockey in. He captained a Memorial Cup-winning Edmonton Oil Kings team in 1966. Those teams and free spirits didn’t mix back then.

“Coaching is a lot different now than it used to be. You can’t coach the hard, old-time (style),” he said.

“The players are individuals and they’re all kinds of different personalities and at the end of the day that chemistry comes together. To me that’s what wins championships, is the whole chemistry.”

LeLacheur and the Lions’ marketing and digital teams have followed the team’s spirit with their promotional work. All over Vancouver, there are ads with cartoonish silhouettes of Lions figures. There’s Carter, Reilly and Claybrooks together on a bus. There’s Bryan Burnham with his arms folded at a stop on the SkyTrain. The Lions digital team produced a 30-second ad that makes Hervey look like a mad scientist behind a two-way window, with Reilly strapped into brain-monitoring devices, unconsciously drawing up the perfect play.

The team has branded all of this with their slogan for this year, Nothing Rhymes With Orange. It’s a play on the team’s uniqueness, this collection of individuals working together to try to win a Grey Cup.

“It’s sort of out of the box from the traditional,” LeLacheur said of the slogan and the ad that’s run. He said they have more on deck, while giving praise to their marketing and digital people, who have put the ads together completely in-house.

“We want to try to get some butts back in the seats,” Claybrooks added.

“We want to put a good product on the field, that’s our goal here and that’s what we’re trying to do. It’s just one step at a time. We’re not in a rush. We’ve got a plan in place and we’re implementing it slowly.”

It sounds great, this idea of a come-as-you-are football utopia, but it can quickly come under criticism if success manages to stay out of the equation. Willis doesn’t see that happening.

“Coach Claybrooks and Ed did a great job changing the culture here,” he said.

“Dennis Rodman was out there marrying himself. You think Michael cared? (On game day it was just), ‘Hey you ready to get some rebounds?’

“That’s the culture we’re building here and you can’t do nothing but love it. It’s a great feeling.”