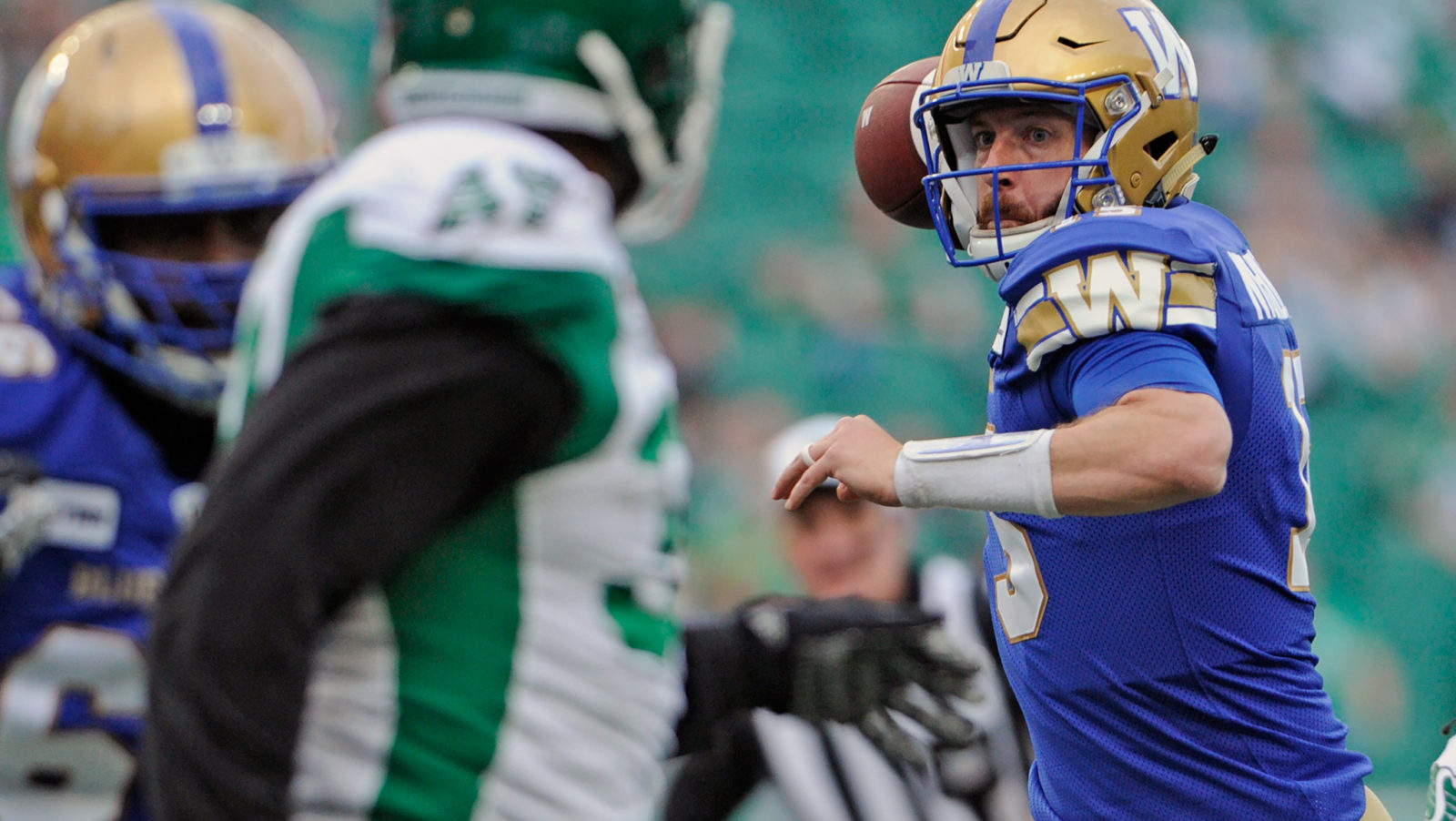 The Canadian Football League’s regular season is upon us, which means the return of Total Pick’Em — along with its weekly and season-long prizes.

If you haven’t played before, it’s deceptively simple.

I say simple because all you have to do is select the outcome of that week’s four (occasionally three) CFL games; I say deceptively because, as we all know, nothing is guaranteed in this league. 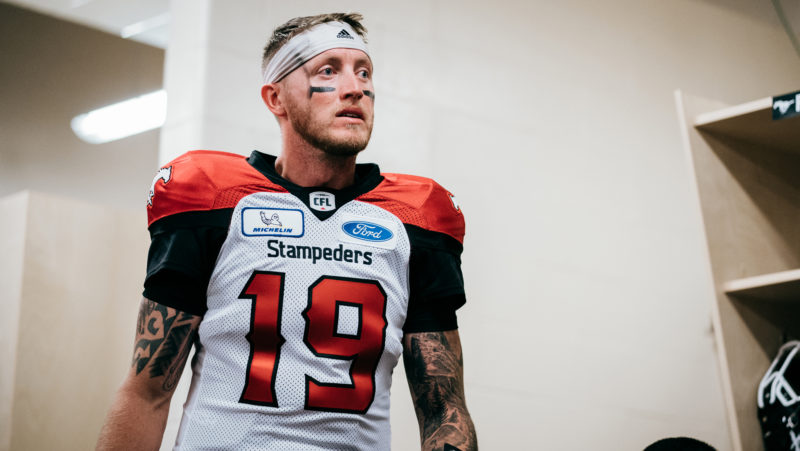 Our friends at Total are once again sponsoring Pick’Em this season, and fans who sign up to play today will be entered to win a $1,000 swag bag.

Whether you choose to tail my weekly picks or not, I hope you find the insights helpful.

The regular season kicks off in The Hammer with an intriguing Thursday Night Football matchup between the Riders and Ticats.

After last year’s 12-6 campaign, Saskatchewan is under new direction with GM Jeremy O’Day and HC Craig Dickenson; personnel remains largely the same, with the key subtraction of Willie Jefferson on the D-Line and key addition of running back William Powell.

Hamilton’s offence was a stat machine in 2018, but the Tabbies ended the season with an 8-10 record and unceremonious playoff exit in Ottawa at the Eastern Final; QB Jeremiah Masoli is back and once again trying to cement elite status, while pass rusher extraordinaire Ja’Gared Davis should bring a new dimension to Hamilton’s defence. 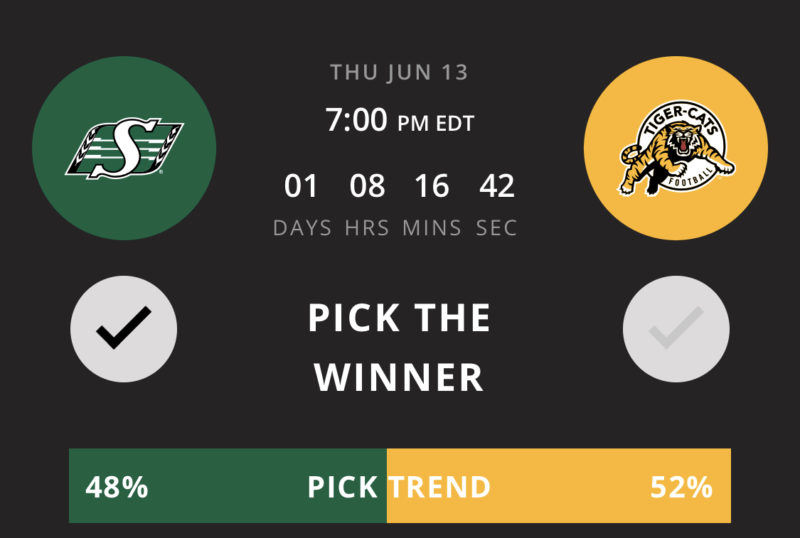 PICK: Saskatchewan, because the Riders got it done on the road (6-3) last season, swept the season set (2-0) against Hamilton and are returning a large chunk of their 2018 roster. Hamilton’s home record (4-5) and numbers against the West (4-6) don’t instill confidence.

Two teams that look vastly different from Week 21 of last season will open their respective seasons in Edmonton on Friday Night Football, as the Als visit the Esks at Commonwealth Stadium.

Montreal’s struggles under GM Kavis Reed (21-51, no playoff berths) are well-documented, but the team added some serious talent this off-season and — stroke-of-midnight coaching change aside — there seems to be a better vibe around this Alouettes team.

Wide out DeVier Posey gives them a much-needed deep ball threat, while running back Jeremiah Johnson could form a productive 1-2 with sophomore William Stanback.

The running joke on CFL social says the Esks have rebranded to the Edmonton REDBLACKS, but there’s more than a hint of truth there: Trevor Harris and Greg Ellingson should replicate their fruitful partnership from Ottawa, while the defence is laden with stars. 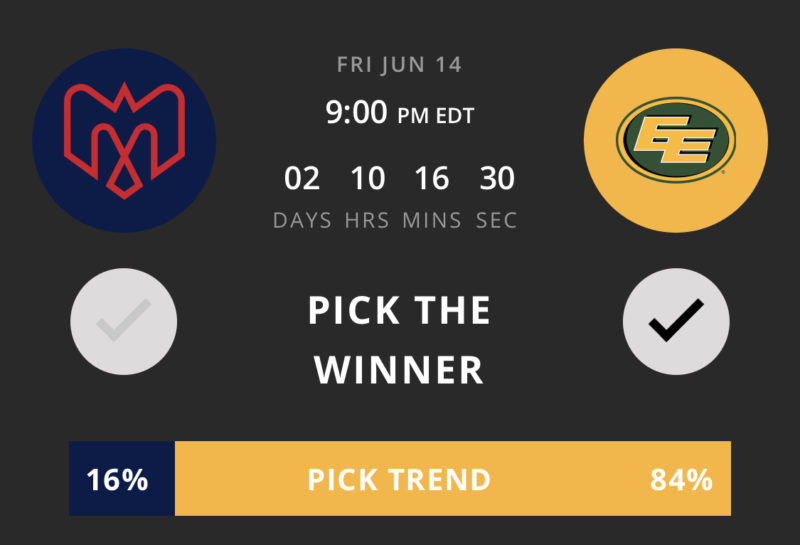 PICK: Edmonton, because Montreal was 1-9 against the West last season and replaced its head coach six days before opening night. With that said, this game (@ Edmonton) was Antonio Pipkin‘s strong debut last year.

A tasty 106th Grey Cup rematch pits the new-look REDBLACKS against the defending-champ Stamps, and it really doesn’t get any better than this.

At 11-7 and 13-5 respectively, Ottawa and Calgary were the best team in each of their divisions a year ago.

Both saw their rosters ravaged in the off-season, but pundits and fans alike seem to have more belief in Hufnagel’s Stamps (No. 1 in the debut edition of the Nissan Power Rankings) than Desjardins’s REDBLACKS (No. 8). 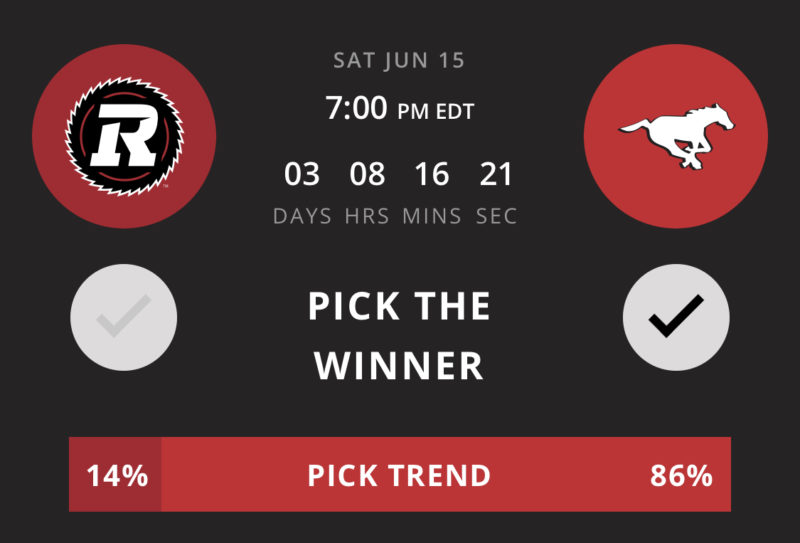 PICK: Calgary, because the Stamps went 8-0 against the East last season and Ottawa has not won (0-5) at McMahon Stadium since returning to the CFL in 2014.

It’s ironic that Winnipeg — arguably the West team with the least major roster turnover — is the team nobody can seem to peg definitively.

I’ve seen them ranked anywhere from first to last in the West by respected analysts, but one thing is for sure: The addition of Chris Matthews can only help a Bombers receiver group that was beleaguered at the best of times last season.

They will open up the 2019 campaign in BC against a Lions team that boasts marquee off-season signing Mike Reilly under centre, along with the likes of Bryan Burnham, Duron Carter and nationals Shaq Johnson and Lemar Durant at receiver.

The Lions have what must be the league’s youngest coaching staff, led by DeVone Claybrooks in his maiden voyage as a head coach. 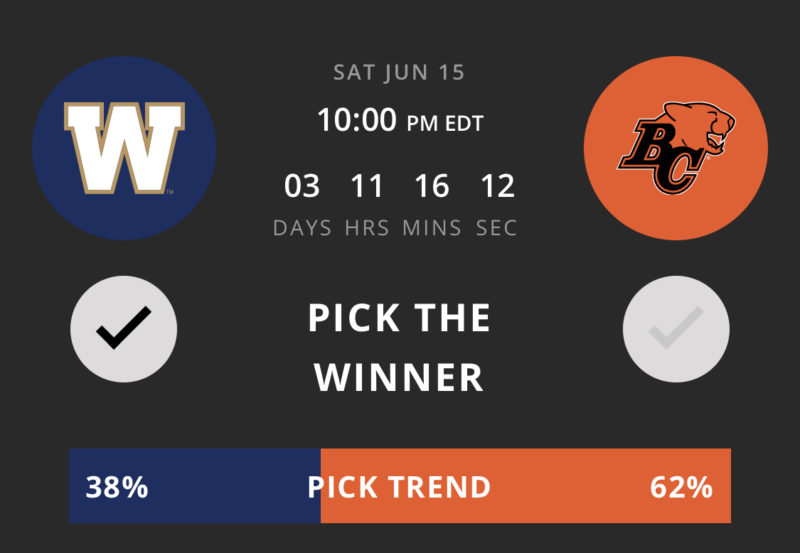 PICK: Winnipeg, but it is a toss-up in the truest definition of the word. I have these teams within a win of each other this season if everybody stays healthy, but continuity takes the cake in Week 1.