How Will the West be Won?: It is anyone’s guess 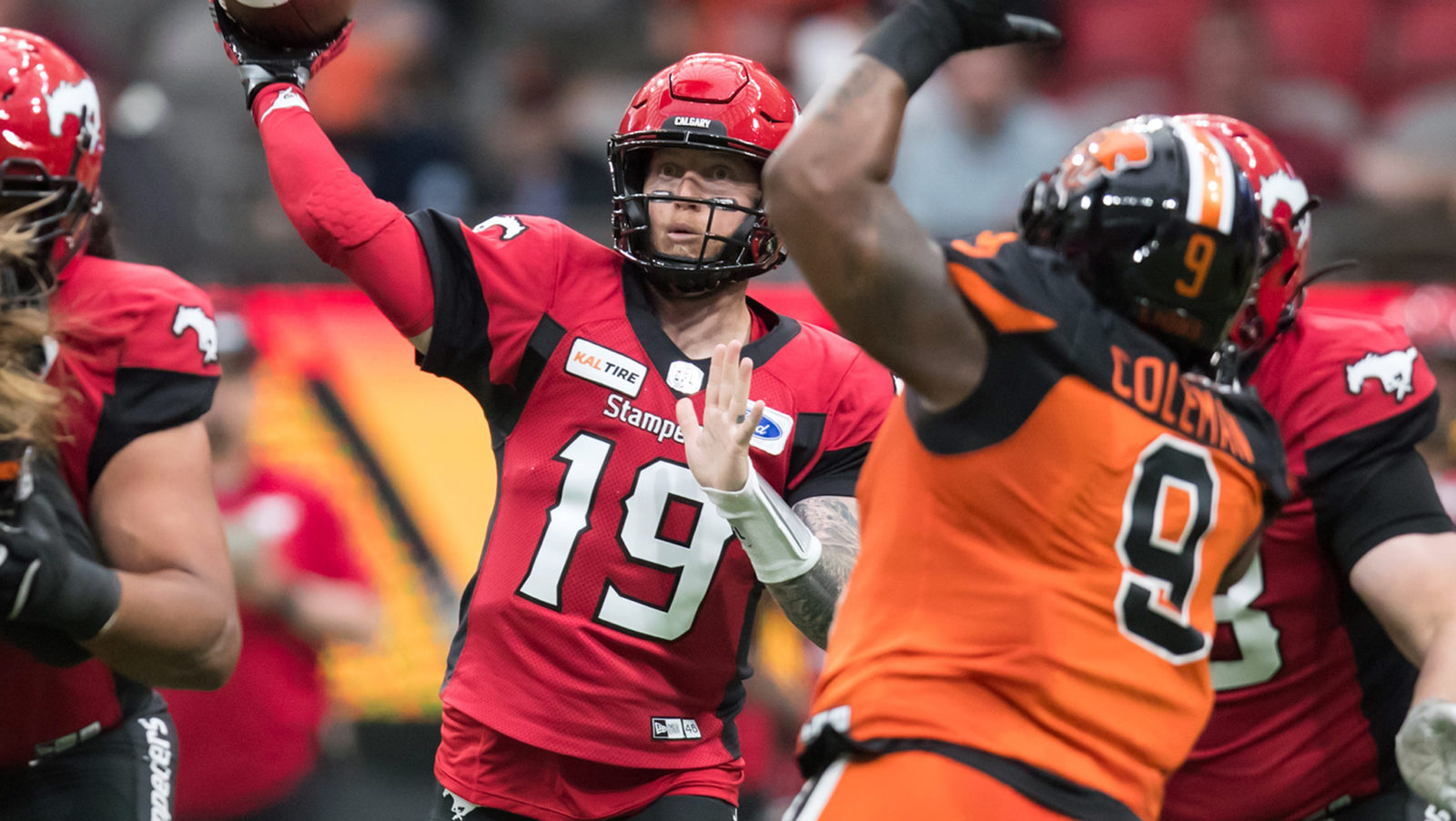 How Will the West be Won?: It is anyone’s guess

The confetti had barely been swept up from the Calgary Stampeders’ Grey Cup victory last November in Edmonton before the winds of change began blowing across the CFL West Division.

There were head coaching changes in Saskatchewan and B.C. The Stampeders watched several stars migrate south while the Lions netted the biggest fish in free agency with the signing of quarterback Mike Reilly.

Every team in the West heads into the new season believing they can win the Grey Cup. It will be five months before we know who will take the field in Calgary, but here’s a look at how the West shapes up heading into the first week of the season. 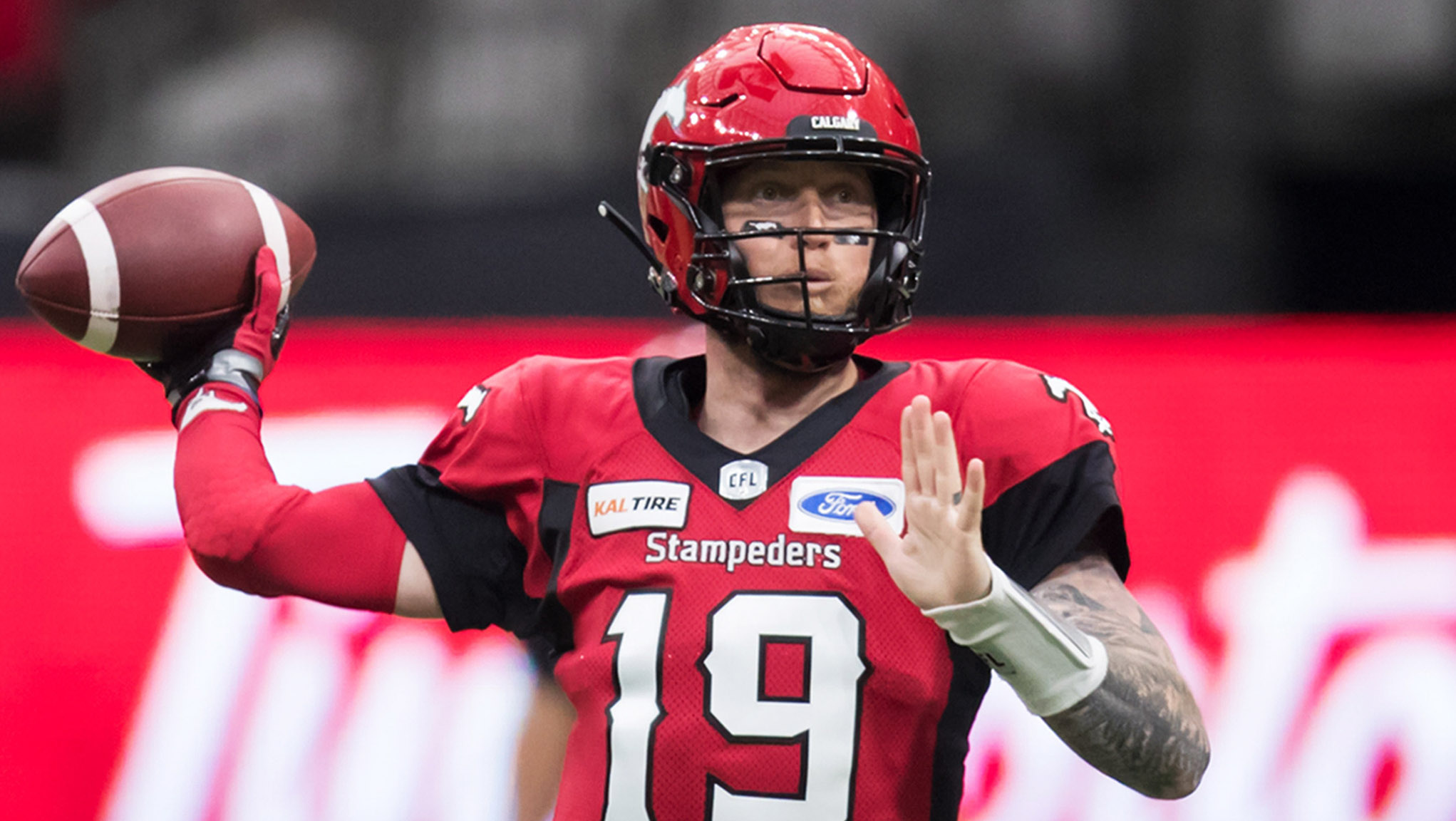 Stampeder fans heaved a sigh of relief when quarterback Bo Levi Mitchell, last year’s league MOP, re-signed with the team. He will have a veteran receiving corps of Eric Rogers, Reggie Begelton and Juwan Brescacin. Running back Don Jackson will be looking to improve on his 924 rushing yards from last year.

The Stampeder defence took a hit with the loss of Singleton, Thurman and Johnson. Veteran Cordarro Law is back.

Brent Monson, a 10-year veteran of the Stampeder coaching staff, will take over from Claybrooks as defensive coordinator while former Edmonton linebacker J.C. Sherritt will begin his coaching career as Calgary’s linebackers coach.

After playing in four Grey Cups in the last five years, and winning two, Calgary’s talent level may have slipped. But with this year’s final at McMahon Stadium, the Stampeders will be in the playoff mix. 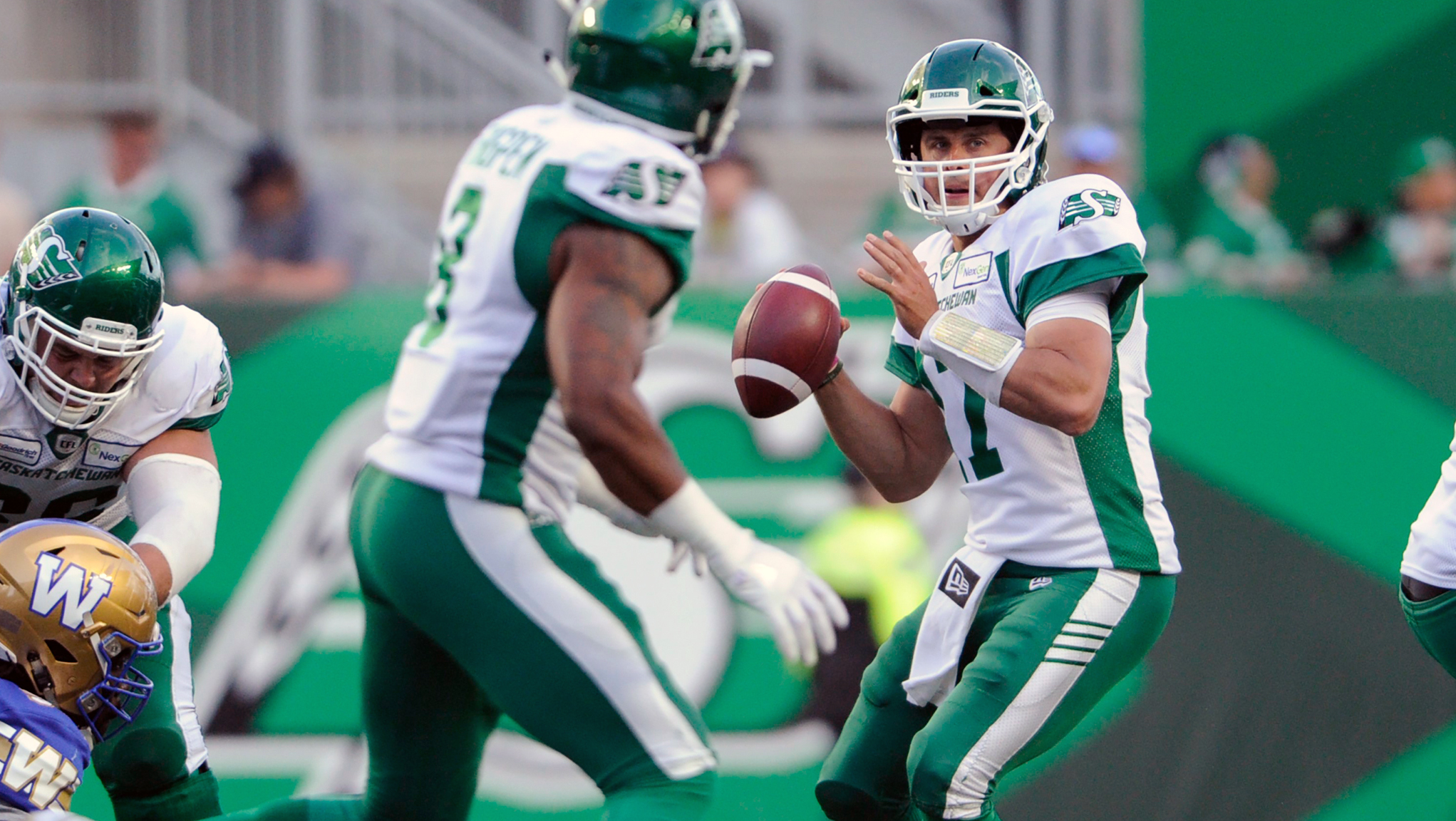 Chris Jones’s sudden decision in January to quit as coach and general manager left the Riders with two jobs to fill. Former offensive lineman Jeremy O’Day took over as general manager while Dickenson, who had spent the last three seasons as special teams coordinator, was named head coach.

After failing to land a starting quarterback in free agency, the Riders re-signed Zach Collaros for another year. Collaros missed four regular season games and the West semifinal with concussion problems. He posted a 10-4 record as a starter, but threw just nine touchdowns and had 13 interceptions. The addition of Fajardo gives the Riders some insurance in the backup role.

Adding Powell, who rushed for over 1,300 yards with Ottawa last year, gives the Riders a legitimate running game. That could open up more space for receivers like Naaman Roosevelt and Shaq Evans along with newcomers Arceneaux and Watson.

The Riders will have an intimidating defence with Johnson and Charleston Hughes combining for 29 sacks. If he stays healthy, Elimimian is one of the best linebackers in the league.

The Riders struggled offensively last season, scoring 450 points, second least in the division. If Collaros can’t find his groove again, Saskatchewan will need big plays from its defence to reach the playoffs. 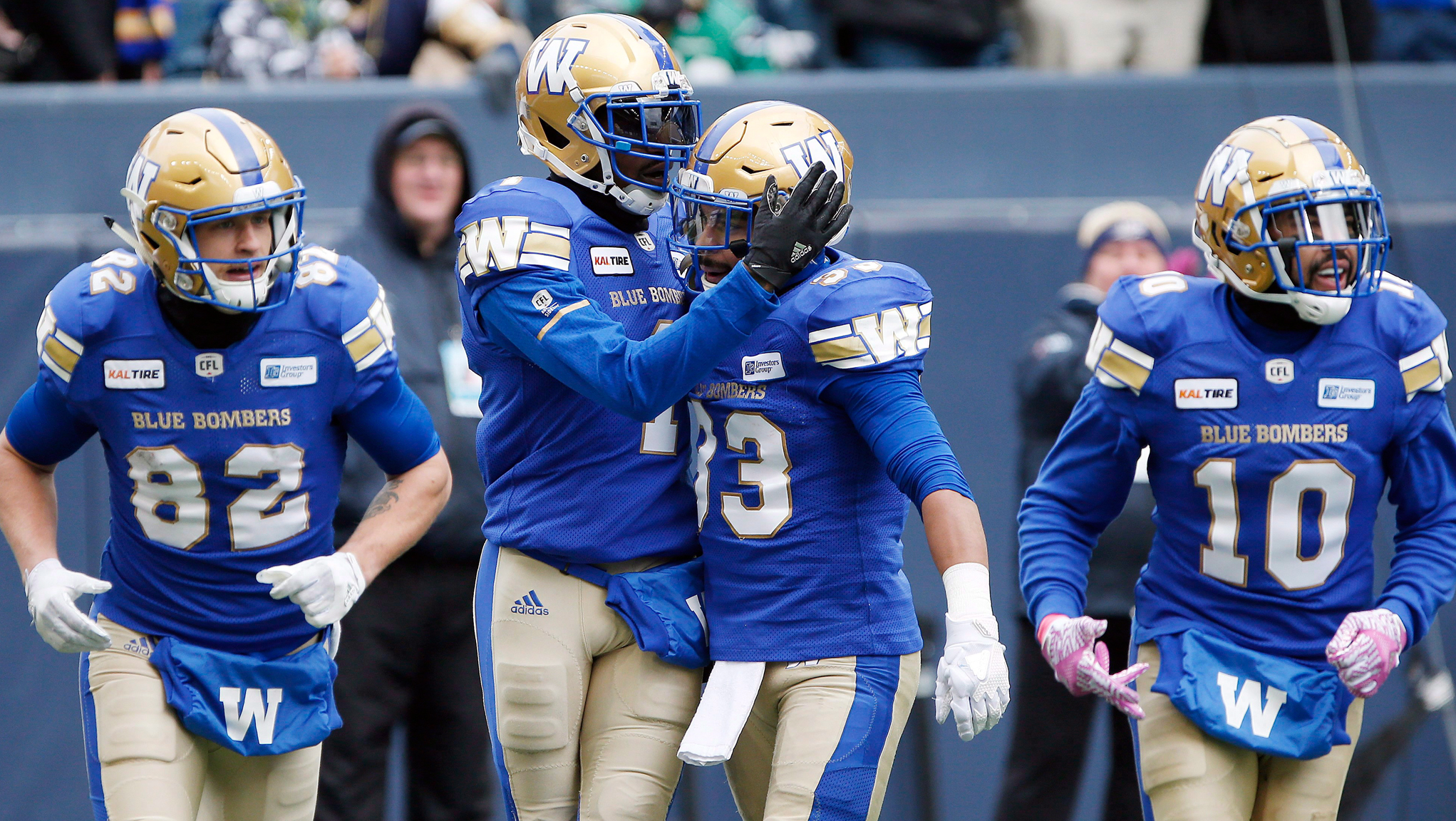 One of the Bombers’ strength last season was their offensive line. That took a hit when Chungh signed with the Lions and Goossen retired. Winnipeg still has veterans like Stanley Bryant, last year’s most outstanding lineman, and Pat Neufeld, who is coming off his best season.

The last time the Bombers won the Grey Cup was 1990. Harris was three years old. Demski wasn’t even born yet.

Reaching the final won’t be easy this year. With Harris and Nichols both 32, the window of opportunity could be closing. 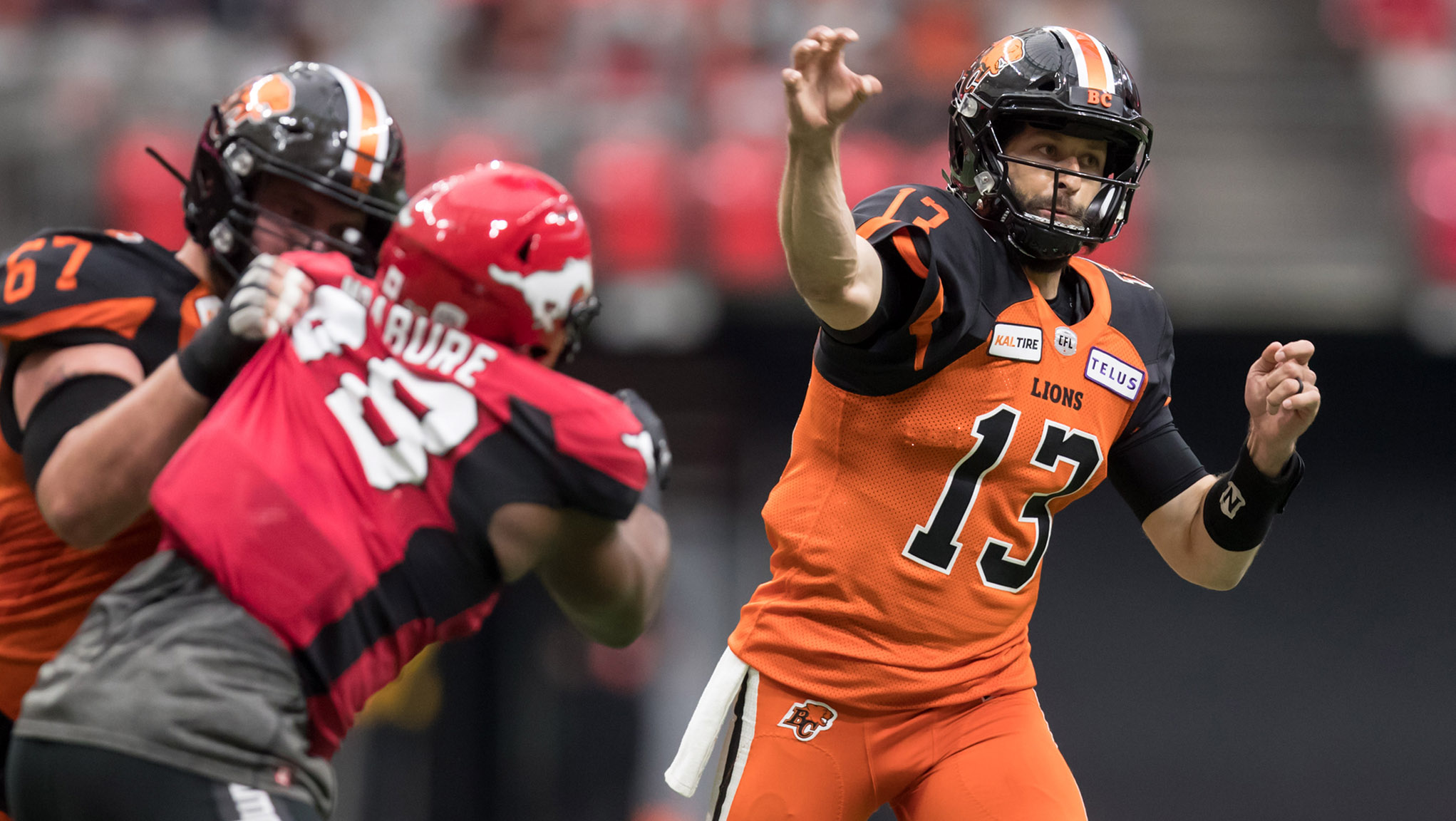 The retirement of Wally Buono, who has won more games than any other coach in the league, meant changes were coming to the Lions and second-year general manager Ed Hervey didn’t disappoint. He hired Claybrooks, Calgary’s former defensive coordinator, who shuffled the Lions coaching staff.

Hervey then went to work in free agency, first signing Reilly, then adding Chungh to give him protection, and the enigmatic Carter and Durant as targets.

After several years of mediocracy the Lions have the potential to be a dominate  force in the West. They have the ability to score a lot of points but questions swirl around the defence and kicking game.

With so many new faces it might take the Lions time to gel.  Also, if Reilly suffers an injury, BC is weak at the backup position. 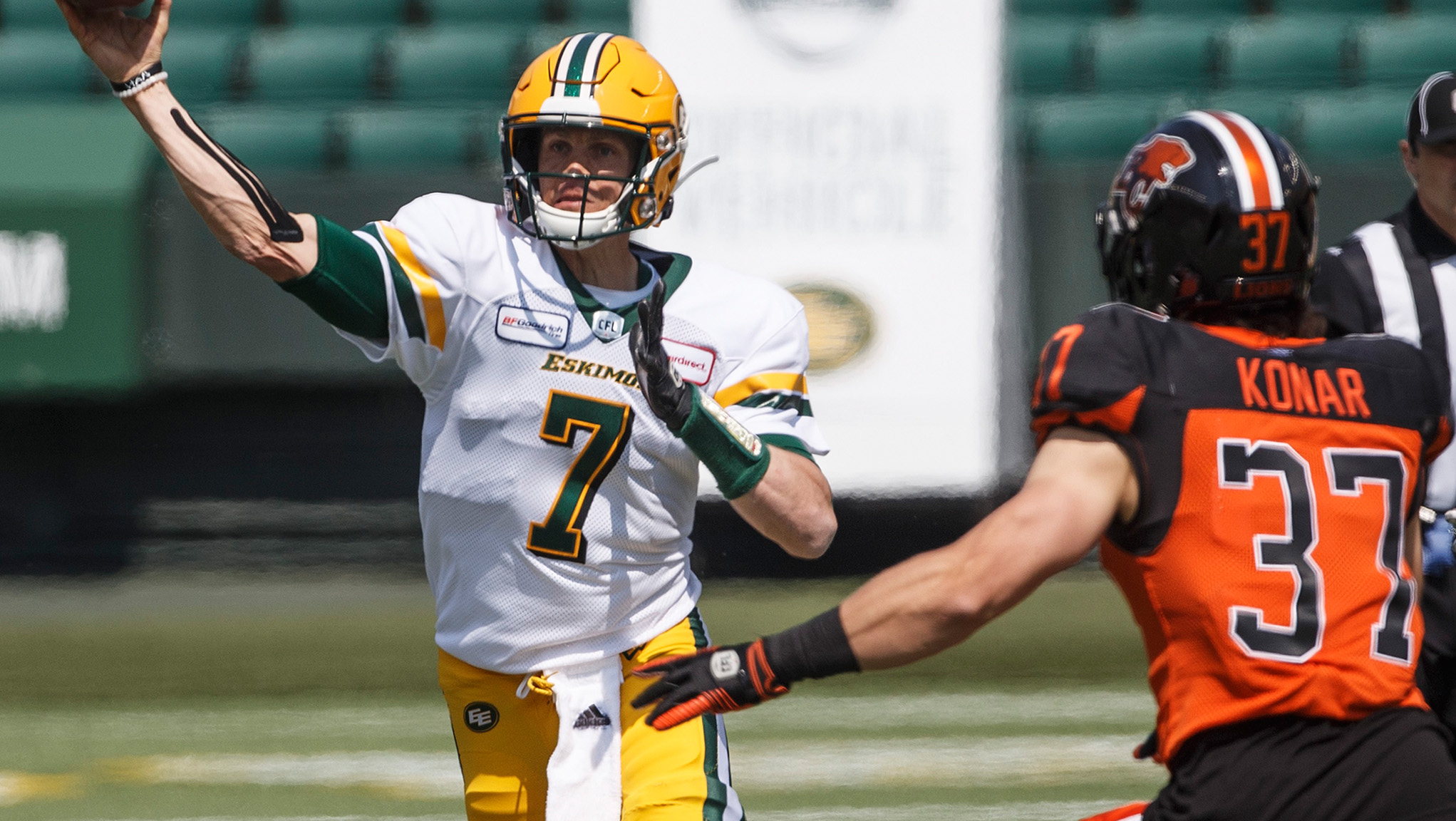 The Eskimos didn’t just lose one of the league’s best quarterbacks in the offseason. They also lost the CFL’s leading receiver in Williams and one of their leaders on defence in Grymes.

Knowing they had big holes to fill the Eskimos signed Harris, a 1,000-yard receiver in Ellingson and a CFL all-star in Orange.

After missing the playoffs last year the Eskimos can only get better this season. How much they improve remains to be seen.