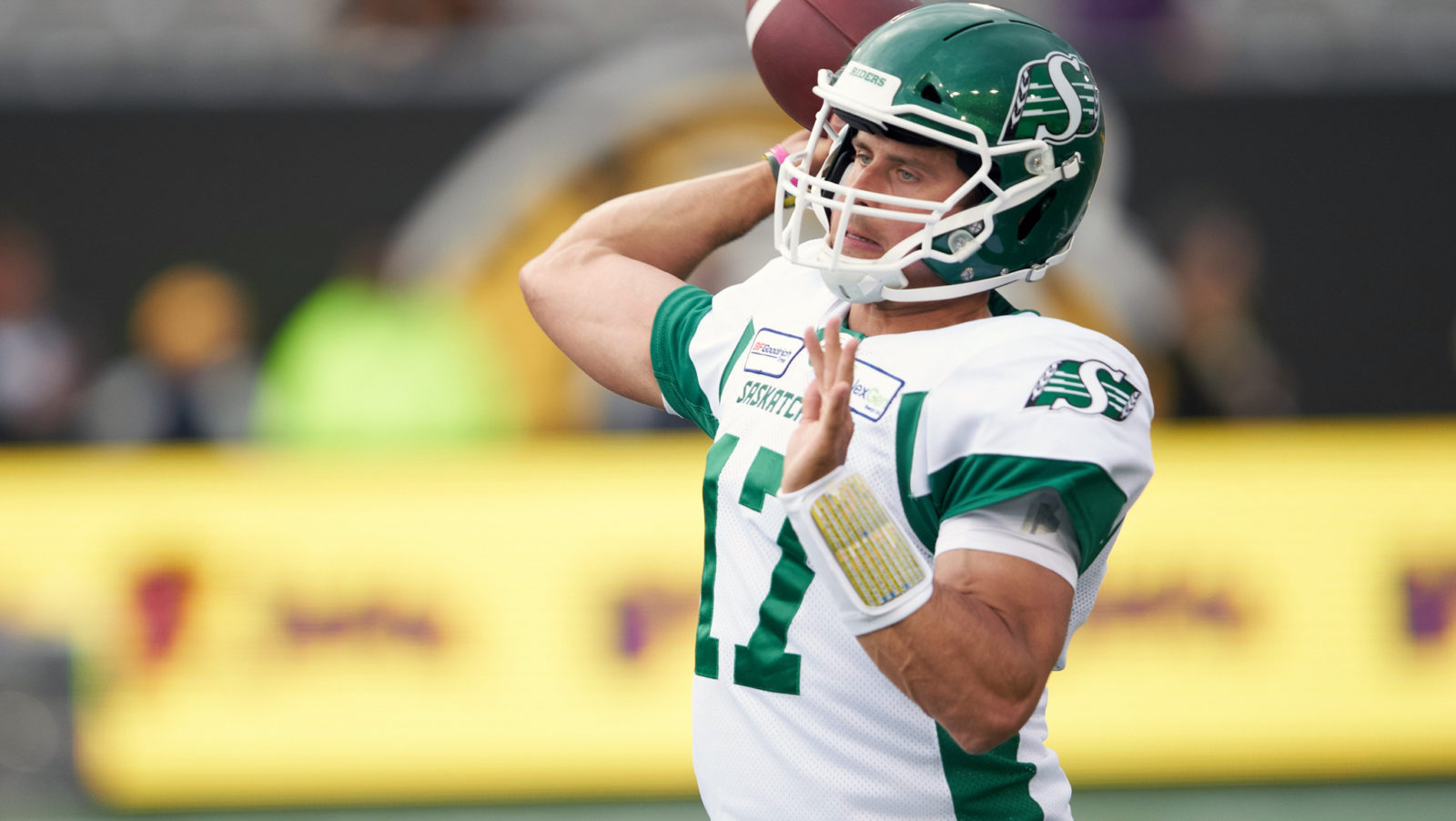 HAMILTON — Saskatchewan Roughriders quarterback Zack Collaros was taken to the locker-room after being injured Thursday night.

He has since returned to the sideline but isn’t in uniform as his night appears to be over.

The injury, which occurred in the head or neck area, occurred on the first drive of the game, as the Riders open the season against the Hamilton Tiger-Cats at Tim Hortons Field.

Ticats linebacker Simoni Lawrence was assessed a 25-yard penalty for the hit, which occurred after Collaros slid feet first on the third offensive play of the game.

Cody Fajardo has entered the game for the Riders.