Trevor Harris ‘lights out’ in first win as an Eskimo 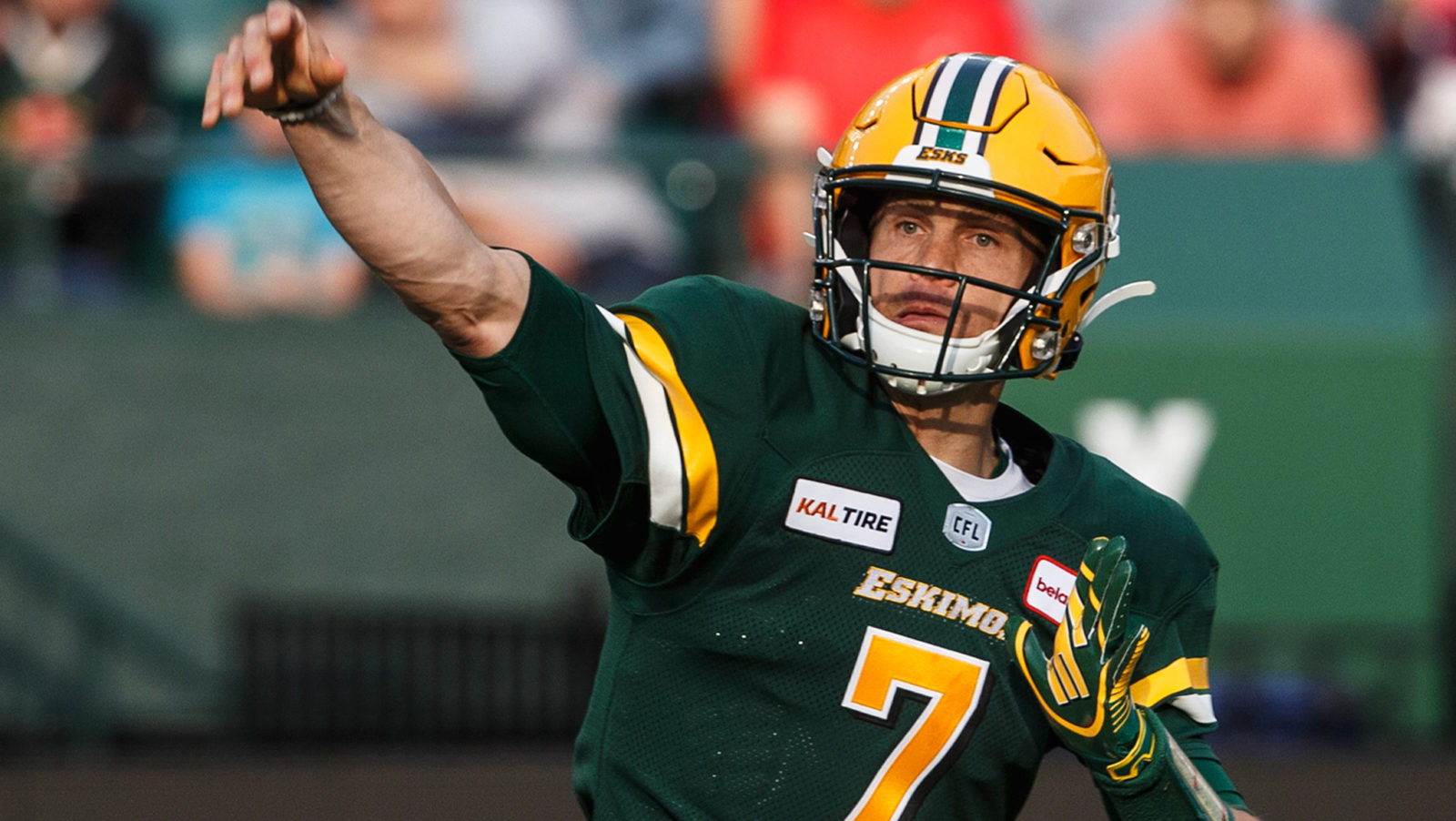 Trevor Harris ‘lights out’ in first win as an Eskimo

EDMONTON — It was his first game with his new team but Trevor Harris didn’t need any time to find a groove.

In the Edmonton Eskimos 32-25 victory over the Montreal Alouettes on Friday night, Harris and his team put up 608 yards of total offence. The Eskimos off-season acquisition completed 32 of 41 passes for 447 yards and three touchdowns while also scoring a touchdown on the ground.

“He was lights out, if you ask me,” said head coach Jason Maas after his team’s win at Commonwealth Stadium. “He saw the field extremely well, threw the ball extremely well. Could sit in the pocket. He did everything he needed to do as a leader on the offence and as a quarterback running our offence. He was on top of everything. He was on his game tonight.”

“Proof’s in the pudding,” receiver Kenny Stafford said when asked about Harris. “He threw for over 400 in his first game as an Eskimo. If you need any more validation or proof of what type of quarterback he is, then I guess you don’t know football.”

“We moved the ball well,” said Harris. “We have good personnel, we have good scheme. Coach Maas does an excellent job. Our O-line held up well. So when that happens and you get the run game going, you should be able to put up some good yardage.”

Running back C.J. Gable was also a major factor in Edmonton’s victory. He tallied 20 carries for 154 yards on the ground and made an incredible catch out of the back field for a score in the fourth quarter.

“That one catch was phenomenal,” Maas said when asked about Gable’s touchdown. “We saw it in practice. The one in practice was probably better than that one. His protection is always good. That’s what he’s kind of known for. He’s a great running back and that’s a big part of his game as well. He ran hard tonight. Some of those carries were tough carries.”

Harris spread the ball around on Friday night, utilizing all of his receivers. Stafford caught seven passes for 98 yards and two touchdowns (just the second time in his career he scored twice in one night). Ricky Collins Jr. had a game-high 175 yards on nine catches while Greg Ellingson caught five passes for 66 yards.

“We put over 600 yards of offence on the board. It’s not about the individual effort, it’s about team effort.”