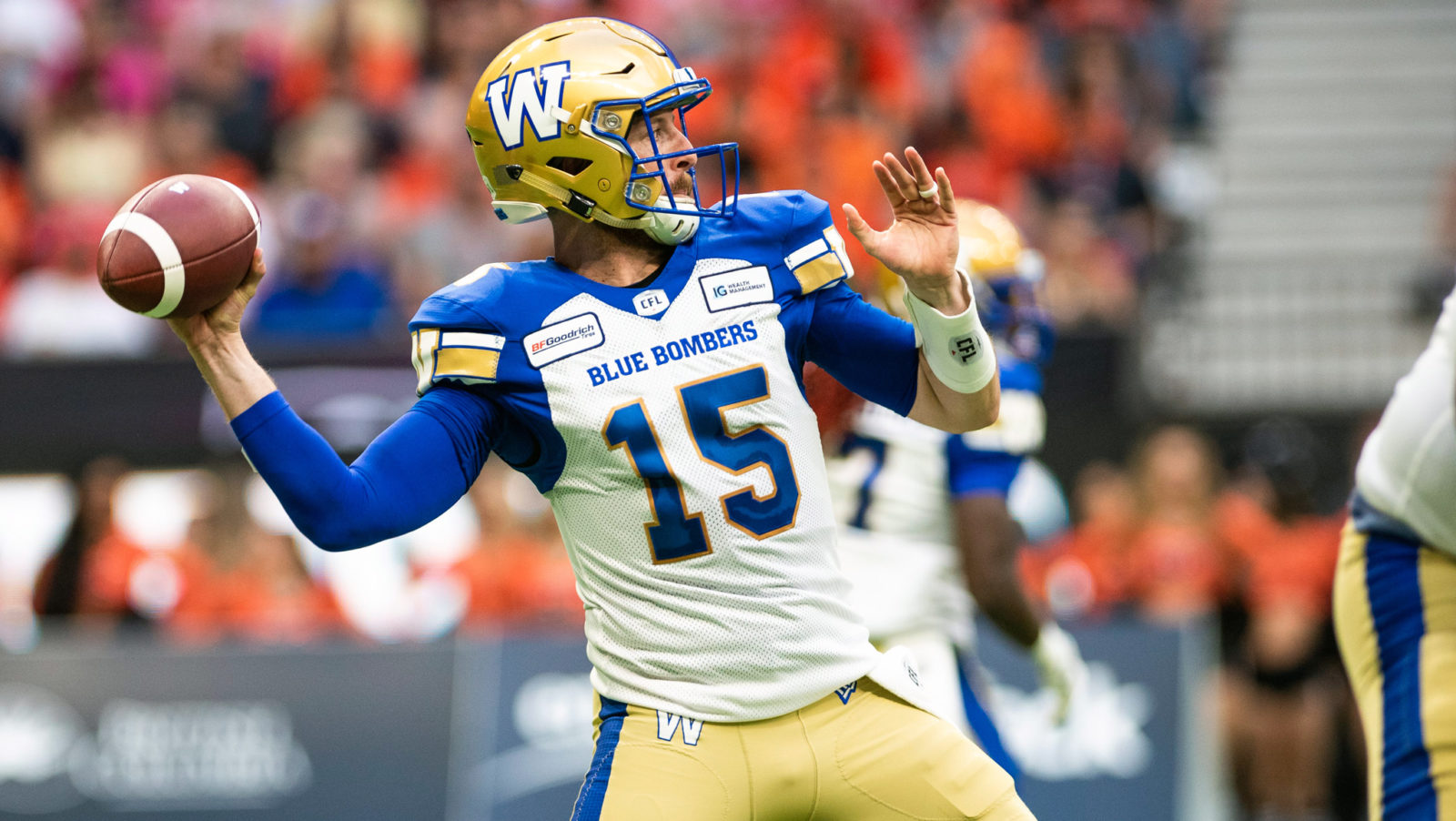 TORONTO — As everyone watched Mike Reilly, his counterpart stole the show in Week 1.

Matt Nichols started the new season off right, throwing three touchdown passes in a 33-23 season-opening win for the Bombers.

In a battle of two West Division heavyweights, it was a strong statement for Nichols and the Bombers, who many consider the favourite to win the 107th Grey Cup presented by Shaw. 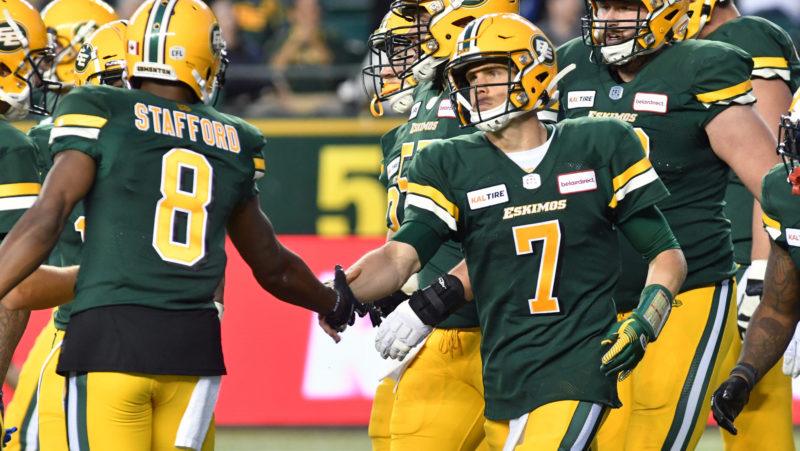 Trevor Harris dominated in his Eskimos debut, throwing for 447 yards and three touchdowns on 78 per cent passing, while Dominique Davis and Jeremiah Masoli also led their teams to victory.

Still, one headline in Week 1 was about quarterbacks who struggled. While Reilly’s debut with the Lions didn’t go as planned, Stamps quarterback Bo Levi Mitchell was held off the scoreboard in the entire second half vs. the REDBLACKS.

Together, Reilly and Mitchell, widely considered the league’s top two quarterbacks, combined to complete just 58 per cent of their passes, threw more interceptions (3) than touchdowns (2), and compiled a quarterback rating of 74.7.

CFL.ca ranks the pivots heading into Week 2 in the first QB Index of 2019:

Credit the Ottawa defence, but the reigning Most Outstanding Player didn’t look like himself in Saturday’s season-opening loss. The Stamps’ offence was shut out in the second half, while Mitchell’s 59 per cent completion rate included a 2-for-7 stretch between the third and fourth quarters. Look for a bounce back after the bye.

The off-season felt like a fairy tale in Vancouver, as Reilly’s return dominated headlines all winter — but the Blue Bombers played the villain on Saturday, intercepting the star quarterback twice while holding him below 60 per cent passing. Rude house guests, and there will be plenty of emotions once again in Week 2 when Reilly returns to Commonwealth.

The reunion seems to be working out for Harris and Head Coach Jason Maas, as Edmonton’s new quarterback sliced up Montreal’s defence to the tune of 447 passing yards, three touchdowns and a quarterback rating of 136.9. Sustainable? No, but it’s going to be a fun season in the City of Champions, and a head-to-head with Mike Reilly in Week 2 could be magical.

Calling Nichols a game manager is no slight on the veteran quarterback whatsoever. Nichols managed the Bombers’ season-opener to perfection, keeping the offence on the field for 35 minutes and converting 17 of 26 second-down attempts. The 32-year-old could be in store for a massive bounce back season as the Bombers contend for the West.

Though he didn’t completely solve his Rider woes — held to just 169 yards and 6.0 yards per attempt — Masoli took care of the ball and got his team a victory to open the season. The reigning East MOP needed to cut down the mistakes this year, and a 23-17 win over Saskatchewan was a step in the right direction.

Once one of the league’s top up-and-coming prospects, James Franklin will be under close watch when the Argos open their season on Saturday. After a forgettable first season in double blue, the 27-year-old has a lot going for him, from new addition Derel Walker to a coaching staff showing confidence in his abilities — a contrast from one year ago.

The numbers didn’t flatter Antonio Pipkin in Week 1, as the third-year pivot went 7-for-17 for 57 yards and a 3.4-yard average. Beyond the surface though Pipkin made some nice throws, including a dime to new addition DeVier Posey on a corner route in the first quarter. While the Als should remain patient with their 23-year-old, Vernon Adams Jr. is threatening his job.

Adams made the most of his opportunity in Week 1, leading the charge on a dramatic second-half comeback that just fell short. The former top prospect — who’s still just 26 years old — has the upside to be a starter in the CFL, and could give the Als plenty to think about heading into the bye week.

Ninth feels low for Davis after notching the ‘W’ in Week 1, but truth is the REDBLACKS’ starter remains a complete mystery. On the one hand, Davis got the job done, scoring three rushing touchdowns including the game-winner with barely a minute remaining. Inversely, he threw four interceptions and averaged just 6.3 yards per attempt. We should know more soon.

For a 23-year-old rookie straight out of the Colorado School of Mines, the moment wasn’t too big for Isaac Harker in his pro football debut. The Riders’ third-stringer stepped in unexpectedly and moved the offence, but two late interceptions ended a second-half comeback bid in a loss to the Ticats. With Zach Collaros sidelined, Harker will have a chance to start in Week 2 vs. Ottawa.

Despite winning the primary backup job out of camp, Cody Fajardo finds himself battling for the chance to start in the absence of Zach Collaros. A 27-year-old journeyman now on his third team, Fajardo is dangerous with his legs, but can he become consistent as a passer?