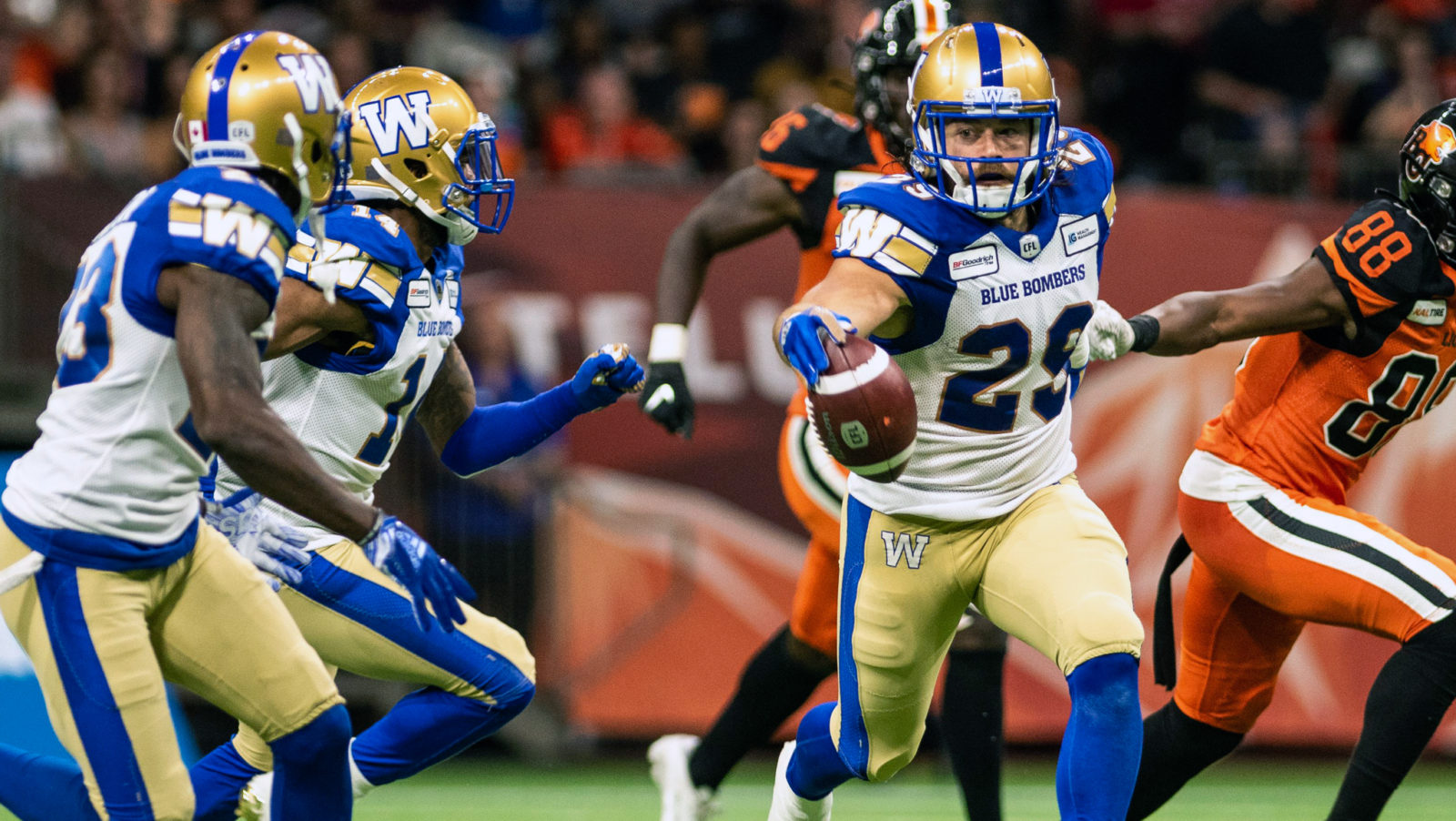 Wow there were some star performances in Week 1 of the CFL season! Trevor Harris (447 yards, three touchdowns) did his best to made Eskimos fans, for at least one week, forget about Mike Reilly. Andrew Harris (148 rushing yards, 175 total yards) is doing everything he can to prove that this whole “Father Time is undefeated” narrative is complete bunk. Meanwhile Ricky Collins (175 yards receiving) is looking to be the next in line of Edmonton Eskimos wide receivers who lead the league in receiving.

Yet the guy that I can’t help but focus on is Winnipeg Blue Bombers starting safety Jeff Hecht. The most important word in that last sentence is “starting.” Jeff is entering his ninth season in the league and yet has rarely had such job security as being an opening day starter. Winnipeg represents the fourth team he has played for since entering the CFL back in 2011.

Hecht is one of those easy players to root for. Undrafted after playing for the St. Mary’s Huskies, Hecht has bounced around the league, making a name for himself on special teams and stepping up when needed as a defensive back. Also, how can I not be rooting for a guy who dropped this quote in a Ken Wiebe Winnipeg Sun article: “It’s been 12 years since I’ve lived in the same city for more than six months straight.” Or about how about this fun quote from BlueBombers.com: “It’s not new for me to work hard or fight uphill, that’s essentially my whole career. Some people say it’s perseverance or hard work, I just say maybe I’m too stupid to quit.”

Count me as the junior vice-president of the Jeff Hecht Fan Club. (Hey, I’m not arrogant enough to think I should be president.)

Hecht managed to overtake Derek Jones for the starting spot in training camp and now has the difficult task of replacing multi time all-star Taylor Loffler. There is a great deal of pressure on Hecht and the entire secondary, because Chris Randle and Kevin Fogg are also no longer a part of the Bombers defence. Also, have you seen his Twitter Avatar? The dude is ripped. I’m guessing it’s been a while since Jeff has spent a night watching reruns of ’30 Rock’ while drinking wine and finishing off the remainder of the Breyers Mint Chocolate Chip Ice Cream from a coffee mug because you think it’s less fattening to eat ice cream from a mug over a bowl. Oh wait, that was my Friday night, but you get what I’m saying.

Now at this point I’ll be honest, I had no idea who Jeff was until Winnipeg’s 33-23 win over the BC Lions. As mentioned before, Hecht had never been a star, and after his rookie season with Montreal had never been a full time starter, registering just two interceptions in eight seasons of play. He matched that total in one game, against one of the best quarterbacks in the league in Mike Reilly.

The first interception was a classic case of right place and right time as a Reilly pass was either broken up by Chandler Fenner or was the result of Duron Carter not going all out to make a reception. No matter what narrative you go with, the next thing you know there was a deflected ball that landed right in the hands of Hecht, who then tacked on a solid 51-yard return. This was a critical play as BC was trailing 17-14 at the time and two plays later Matt Nichols hit Drew Wolitarsky for a seven-yard touchdown pass, giving Winnipeg the lead. 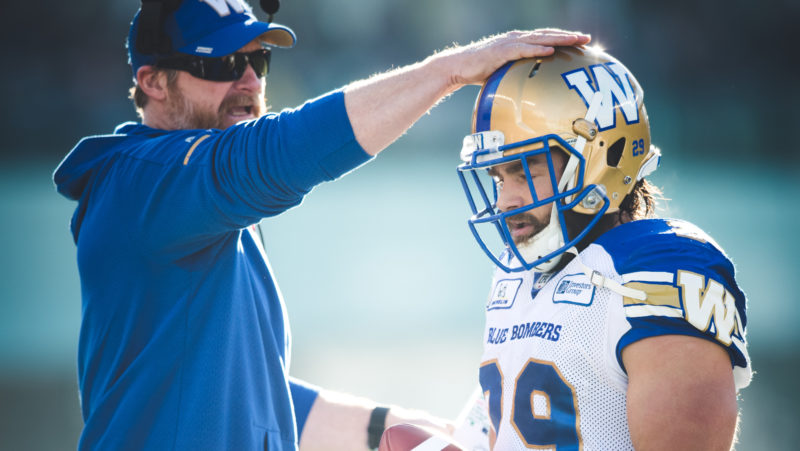 Then in the fourth quarter Hecht perfectly diagnosed a deep ball by Reilly, stepped in front of the route and collected his second interception of the game. This turnover extinguished any chance of a Lions comeback as Winnipeg led 33-23 and by the time the Lions would get the ball back there was just 2:23 left to go. Game over. A high level football IQ is the one common denominator on both picks as Hecht was in the right position to make a big play.

Of course I have saved the best for last. The highlight that everyone has been talking about was his mocking of Duron Carter in the third quarter after an incomplete pass that shows that … well … you can (easily) make the argument that Carter, seeing that a big Hecht hit was just around the corner, slowed down and went into protection mode. You can take the side that this was a smart move by Carter in the name of self-preservation, or conversely the counter is that Carter needed to stretch out and make a play for his team.

Either way, Hecht immediately started doing the chicken dance in front of Carter. The Chicken Dance!!! I can’t think of another professional athlete using such a dance as a method to taunt his opponent. It was hilarious, it felt old school and it was one of those moments that immediately went viral and I imagine endeared him to a whole new host of fans.

You can count me as one of those new fans.