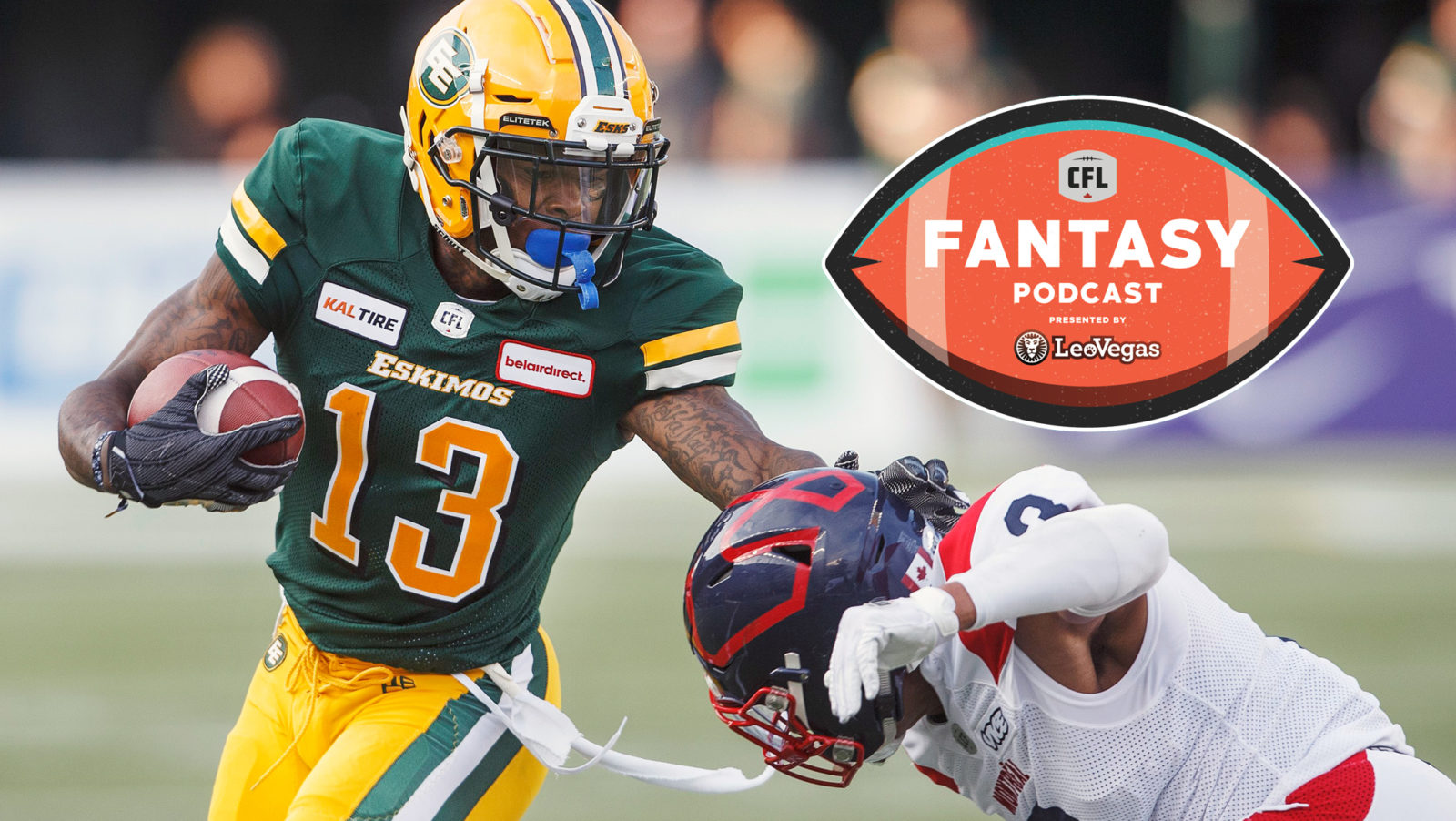 TORONTO — One of the most important factors in Fantasy is sample size.

The first week of the season gave us plenty to talk about, from Bo Levi Mitchell‘s struggles to an erratic first day on the job for Dominique Davis.

After one week of the CFL season, Trevor Harris is on pace for 8,000 passing yards, Dominique Davis for 72 interceptions and 54 rushing touchdowns, C.J. Gable for 3,294 yards from scrimmage, and the BC Lions for 72 team rushing yards over an 18-game season.

It’s fun jumping to conclusions, and sometimes a breakout performance marks the beginning of sustained success. But Fantasy players beware: many of us have been deceived by one-off performances before.

From Mossis Madu to Ricky Collins, Pat Steinberg, Jeff Krever and Hannah Nordman try to distinguish between truth and myth in the latest CFL Fantasy Podcast presented by LeoVegas:

One early theme Hannah isn’t shying away from is the Eskimos’ offence, which broke the 600-yard barrier in a season-opening win over Montreal.

“I was really overlooking Edmonton, so I guess for me the conclusion is they’re not here to mess around,” said Nordman. “I spent so much time talking and thinking about Winnipeg, BC and Calgary that I completely overlooked this team offensively and it’s not something that I’m going to be doing from here on out.

“They’re obviously not going to be putting up massive games like that — Trevor Harris can’t score 35 points every week — but I’m definitely looking to get some of these guys in my lineup now.”

For Jeff, the Eskimos’ early offensive explosion indicates that a breakout for Ricky Collins is on the way. While his pace of 3,150 yards may not be sustainable, Fantasy users could set the bar high as Collins takes on a significant role.

“I think there’s some truth to the Ricky Collins breakout,” said Krever. “We’ve seen what some of the top receivers in Edmonton have done year after year under Jason Maas — Derel Walker, Adarius Bowman, Brandon Zylstra, Duke Williams. Every year it seems like an Eskimo is leading the race, and Ricky Collins is a super athletic receiver who they’re going to get the ball in ways he’s going to do a lot of damage.

“Is a 1,400-yard season possible, even realistic for Ricky Collins? I think at this point it is.”

Finally, in BC, Steinberg isn’t worried about Mike Reilly‘s lackluster first-week Fantasy performance, but he’s keeping eyes on something else in the BC offence after the team compiled four total rushing yards in Week 1.

“I don’t think the BC Lions are going to be as anemic on the ground as they were in Week 1, but that’s the one I’m curious about,” said Steinberg. “A Mike Reilly-led team that has receivers like Durant, Carter, Burnham — not only did John White only gain four yards on the ground, the Lions only ran the ball four times. I’m curious to see how big a part the run game is going to be for the Lions.”

The podcast trio also debated over Ottawa’s early success, the resurgence of C.J. Gable, the Argos’ upcoming season debut and much, much more as they preview Week 2 in Fantasy.