OTTAWA – Despite finishing last year as runner ups there was likely no team that faced more criticism this past off-season than the Ottawa REDBLACKS.

The didn’t have a quarterback.  They let Trevor Harris walk.

They didn’t have playmakers at the receiver position.  They let Greg Ellingson walk and Diontae Spencer headed south to Pittsburgh.

Turns out they just might have a quarterback, and a go-to receiver after all.

Sure, it’s early but the REDBLACKS are 2-0 and have a pivot that has completed 59 passes and tossed for over 600 yards in two games against two well-respected defences in Calgary and Saskatchewan.

His performance Thursday night in a 44-41 shootout win against the Roughriders did more than just pad the stats sheet; it shined a light on a connection with receiver Dominique Rhymes that, should it continue, could be one of the most lethal in the CFL.

The two Dominiques connected 11 times for 168 yards and a touchdown in the Week 2 win and both looked poised and in control the entire night.

“The keep going,” head coach Rick Campbell said of his team which has now won two straight one-score games in a row with multiple lead changes.  “They ride the ups and downs of the football game and that’s a really good trait that we have.”

The calm Campbell speaks of comes from Davis who is quickly becoming the team’s new leader and seemed unfazed last week after throwing four interceptions and then promptly turning around a fourth quarter deficit.

“He did a really good job for us,” Campbell continued following Thursday’s win.  “He’s two-for-two in giving us a chance to win football games.”

Although new to CFL followers the two Dominiques are far from an unfamiliar duo.  Close off the field, the two spent the majority of this offseason working out together in preparation for a year where they had nothing but opportunity in front of them. 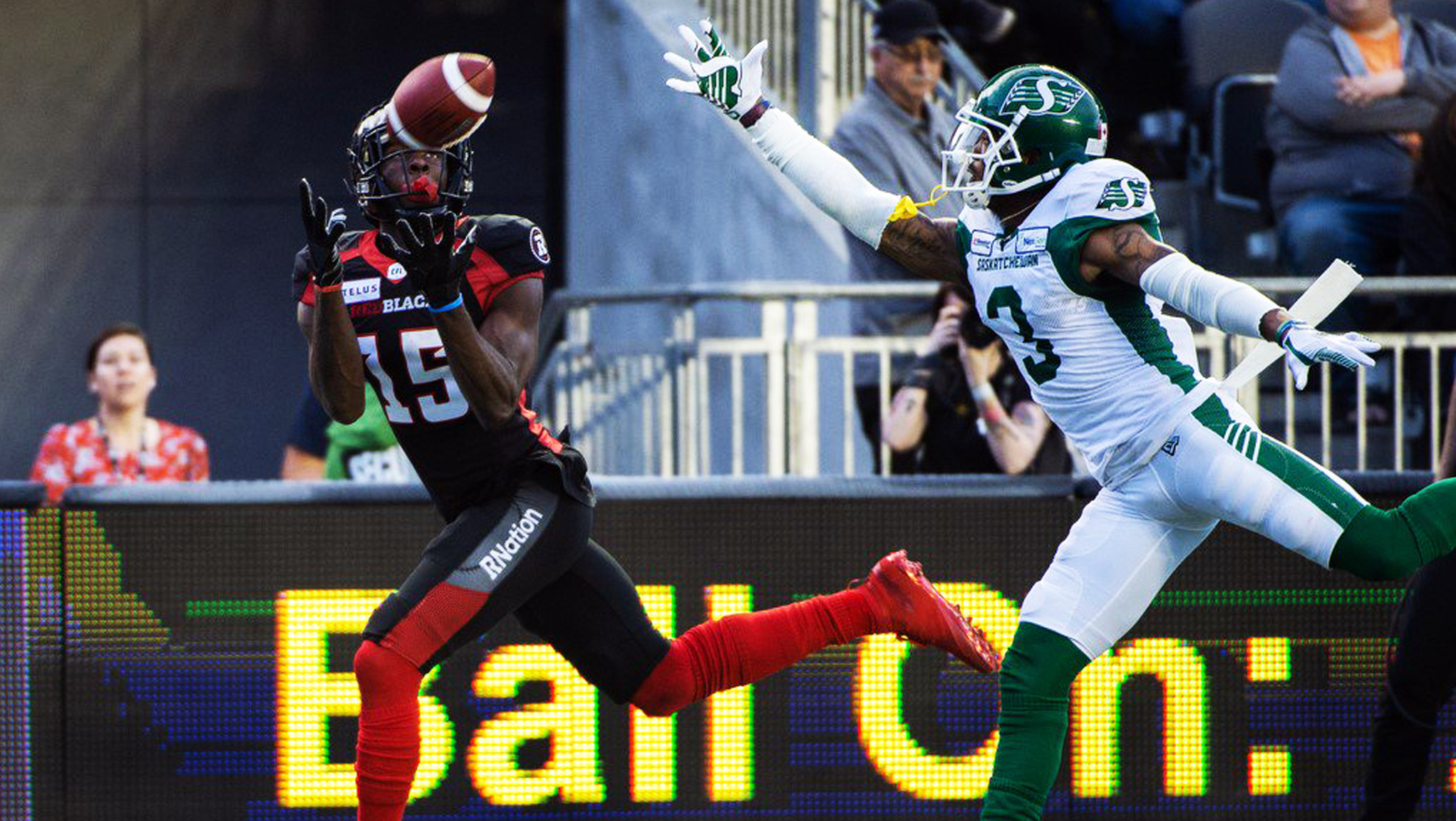 “We have been training together all off-season and the chemistry is there,” Davis explained post-game. “(The Riders) were going press and he was just catching everything I was throwing to him. Last week wasn’t his best football or mine and we just made a promise to each other that we weren’t going to let each other down.”

The pair will have a bye week to soak in what could be a significant stepping stone in the early part of their season before returning to Ottawa to host the Winnipeg Blue Bombers at TD Place in Week 4.