O’Leary: Argos defence charged up to show off new look 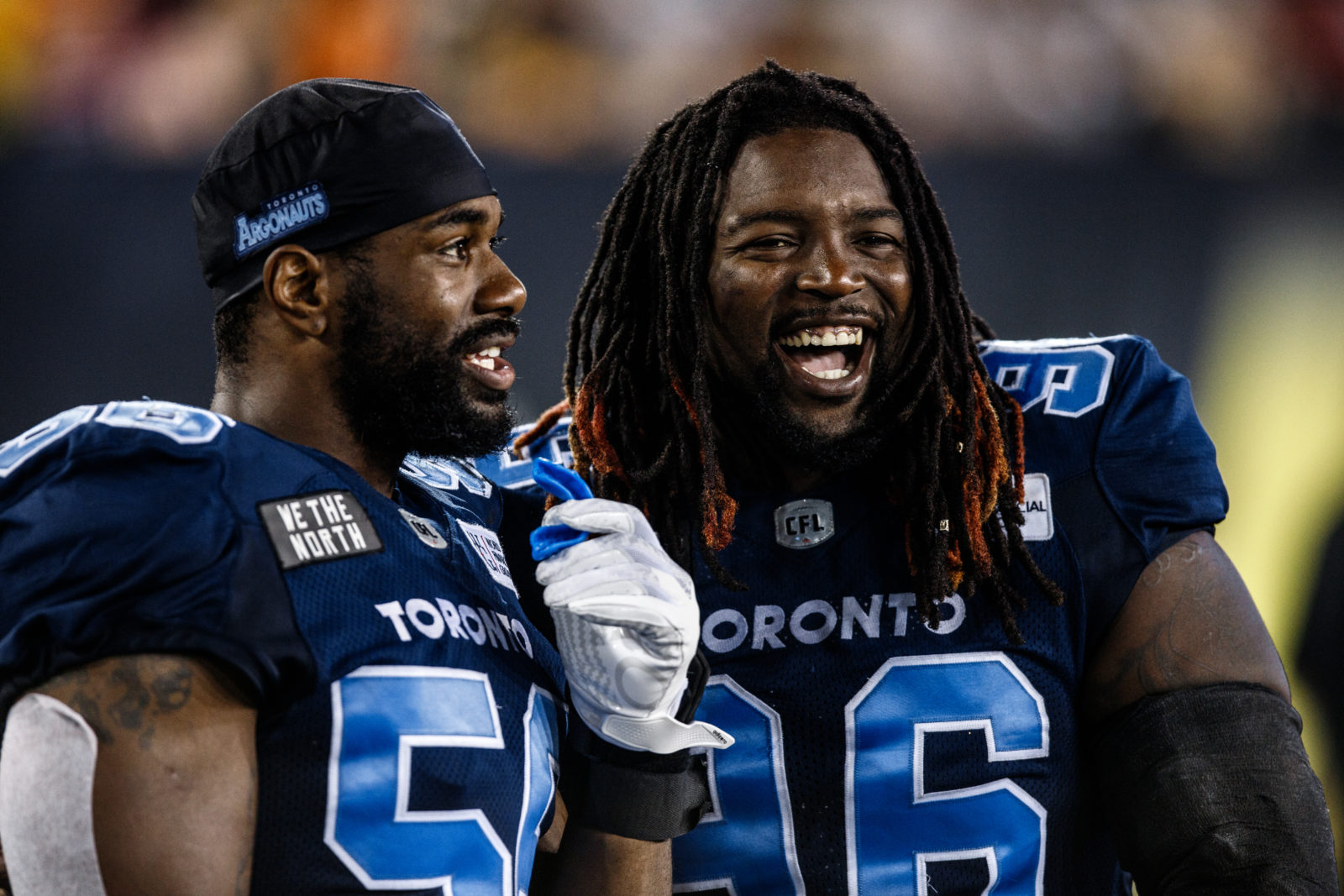 O’Leary: Argos defence charged up to show off new look

By the time he steps onto BMO Field, it will have been 233 days since Alden Darby saw his second season in the CFL come to its merciful finish.

After a storybook ending to the 2017 season that saw the Argos hoist the Grey Cup, the team went rudderless in 2018. Ricky Ray suffered a career-ending neck injury. James Franklin didn’t click with coach Marc Trestman and the offence couldn’t put points on the board. What had been a ferocious Argos defence lost its teeth last year, allowing a league-worst 560 points and a league-worst 24 sacks made. With a 4-14 record after that loss to Ottawa 233 days prior, Trestman was fired.

“That boat we were in last year sunk,” Darby said on Day 232 of his long wait (Friday). “It wasn’t acceptable.

Thanks to Week 1 bye, the Argos open their season on Saturday at home against Hamilton. Last year’s shortcomings hang over the team, providing questions that need answering. The most important one is about the offence. Can Franklin produce under a new head coach, in Corey Chamblin and a new offensive coordinator, in Jacques Chapdelaine? A dangerous offence goes a long way, but right behind it in importance is that defence. Chamblin was the architect of a Grey Cup-winning group in 2017. It crumbled in his absence last year. Darby has plenty of motivation to help get it back there.

“Everybody in this defence this year has a chip on their shoulder,” the 26-year-old cornerback said.

“We didn’t sign the biggest of names (in free agency), so guys are looking at that. Last year we had a lot of bigger names in the secondary. Cassius Vaughn was coming back as a (CFL East) all-star. We had Ronnie Yell, Bear Woods, Marcus Ball, TJ Heath. There were a lot of big names and a lot of things were expected of us.

“I don’t think too many people are expecting much out of us, being a lot younger group. (We’ve got) a lot of smaller names but we know we can play ball. We know we can ball out. We’re going out there with a chip on our shoulder. We’re excited. We put the work in all offseason, not just through training camp. We’re excited to put this thing together, man.”

Chamblin sees a group that’s athletic and aggressive, but still a work in progress.

“We have to make sure we become more fundamentally sound in what we’re doing,” he said.

“That’s the biggest thing for us right now in terms of tackling and putting our eyes in the right position in all three phases. The biggest thing is training these guys in what to look at and I think that’s where we’re going to see where we are now at this point.”

“It’s the difference in philosophy that’s behind it, is the big change between this year and last year,” safety Jermaine Gabriel said.

“I think a defence takes on the personality of the defensive coordinator. So Corey Chamblin is very aggressive, has a very strong mindset. Every (coach) brings something different to the table. What he brought to the table, we didn’t have last year. We’re excited to see how it goes.”

Without a meaningful game under their belts yet, the best person to speak to what this defence could be capable of this year is Franklin. The team’s starting QB has been working against and studying that group for the last five weeks.

“They make it challenging with some of the things they do,” he said.

They might look like they’re making mistakes or that they’ve given up certain things but it confuses the quarterbacks’ read a little bit.

Darby was thrilled to get Chamblin back as a coach.

“I told the guys that hadn’t played under him that I trust the guy with my life. That’s how much I believe in him and his system,” he said.

“I know how much this means to him. I know what his mission is when he’s in Canada, so it’s amazing having him back. You can see us guys (from 2017) that were here on the defensive side, we knew what we were getting.”

For the returning players, the ones that have had this long wait with a bitter taste in their mouths, 2018 provided some lessons. Saturday provides the first chance for them to start to get to quarterbacks, to stop the run, to break up plays and pull in interceptions.

“For me it wasn’t about telling the guys, ‘Hey I don’t want to go out like last year,’ but emphasizing to the guys that this is what can happen if you’re not locked in. This is what can happen if you’re doing your job every single day and you’re not taking what you’ve learned in the classroom to the field; even when you leave this building. What we do here isn’t enough,” Darby said.