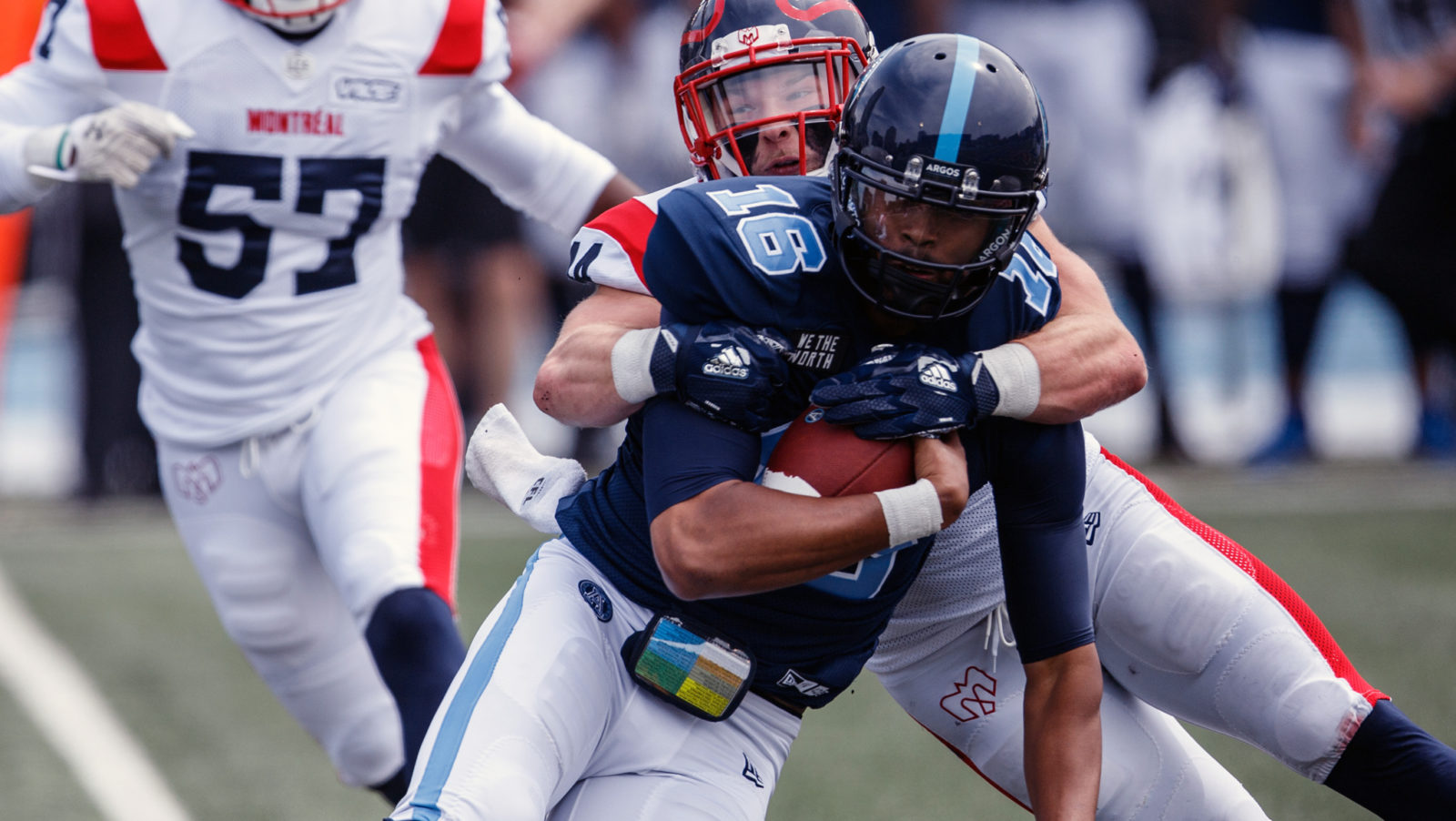 MONTREAL — After his release from the Toronto Argonauts just a few weeks ago, Canadian quarterback Brandon Bridge has landed in Montreal.

Bridge signed with the Argonauts as a free agent this off-season and was among Toronto’s final training camp cuts earlier this month. In his two pre-season games with the double blue, Bridge completed 20 of 29 passes for 364 yards, three touchdowns and no interceptions.

The Toronto, Ont. native played eight games for Saskatchewan in 2018, throwing for 804 yards and a touchdown. The six-foot-five, 235-pound QB was selected in the fourth round of the 2015 CFL Draft by Montreal getting in two games as a rookie for the Als.

The 26-year-old signed with the Roughriders in 2016 and a year later became the first Canadian QB to throw for at least three touchdowns in a game in over 30 years when he led the Riders to a road win road over Hamilton. In 25 career games, Bridge has thrown for 2,485 yards and 13 touchdowns while adding 321 yards and four touchdowns on the ground.

‘Air Canada’ played two seasons at Alcorn State University in Mississippi (2010-2011), starting as a freshman for the Braves and throwing for over 2,000 yards and 19 touchdowns with 601 yards rushing and eight scores on the ground that season. After his sophomore season, Bridge transferred to the University of South Alabama to finish his college football career for the Jaguars (2013-2014).