When this photo from the REDBLACKS Instagram showed up on feeds this week people’s minds were blown! With comments like “I know what I’m having for dinner on Thursday!” and “I’ll take two thanks” the Insta worthy item got people talking – and rightfully so.

Creating conversation was the goal of Chef Josh, the Executive Chef with Levy Foods at TD Place who started the WOW food program this season consisting of a buzz worthy food offering for every home game. Thursday’s offering was this TWO FOOT long hot dog topped with mac and cheese, Dorritos, and crispy jalapeños with only limited quantities available. The concession I visited started with only had 45 and I assume they served another 45 at the one other spot they were being served and friends, they sold out in 15 MINUTES!!! 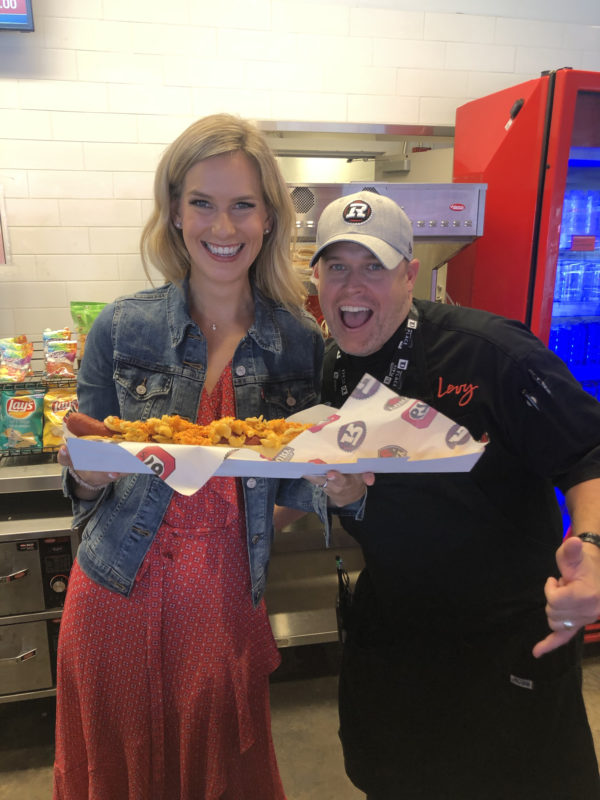 Chef Josh and I grabbed this picture after his segment on Thursday Night Football on TSN and I think it shows the truly ridiculous scale of this hot dog! I asked chef why the mac and cheese and Dorritos combination as I felt like it was a bit of an odd pairing. He said that in addition to the fact that it’s delicious it was a really comfort food, the type of food you might eat after a big night out. Fittingly, the hot dog came with a doctors note signed from REDBLACKS mascot Big Joe which is legitimately hilarious (note the available “Reasons” boxes to tick off) 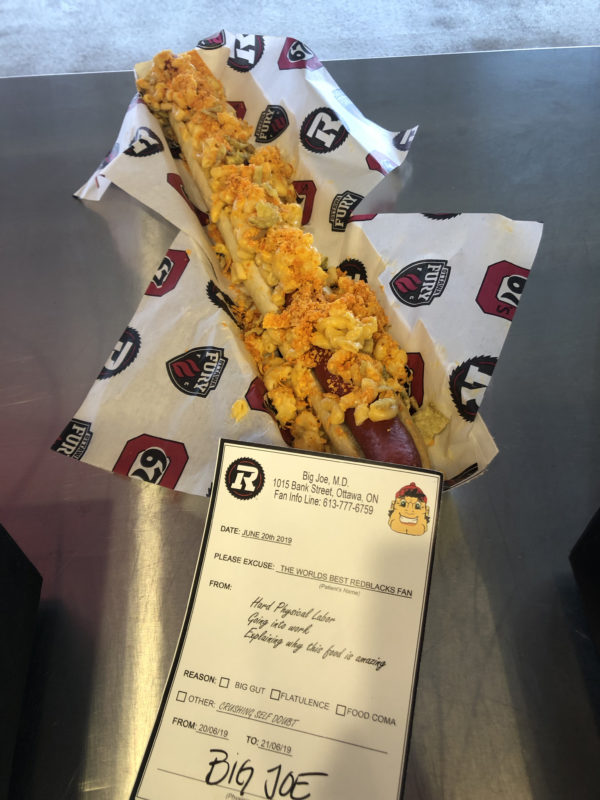 I assumed Chef Josh wouldn’t be open to sharing any future creations with us, opting for a big social media reveal like this one. However, he let me in on a few of the items fans at TD Place can look forward to Instagramming errrrr enjoying this season! There’s a two pound ice cream sandwich, a two foot long barbacoa taco, and a HUGE bread bowl full of chilli. I legitimately can’t wait to see the photos and am genuinely disappointed to miss the ice cream sandwich.

I would also like to note that although these items are totally glutinous Chef Josh has created an incredible food culture at TD place with tons of gluten free and vegan options – he had to rush from our segment to go make 200 poke bowls! So while you can chose to indulge (and hopefully you share) there are tons of healthy options for fans attending games…however I doubt they’ll make as great a photo 😉 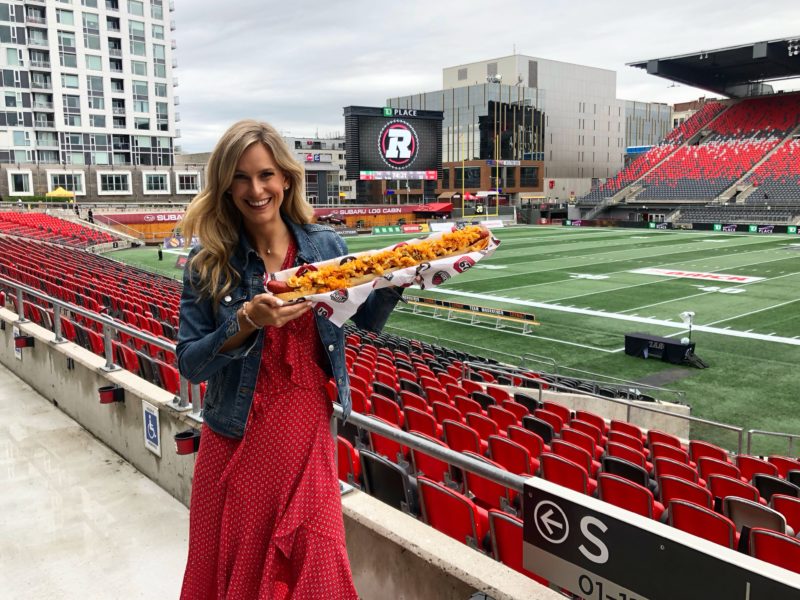 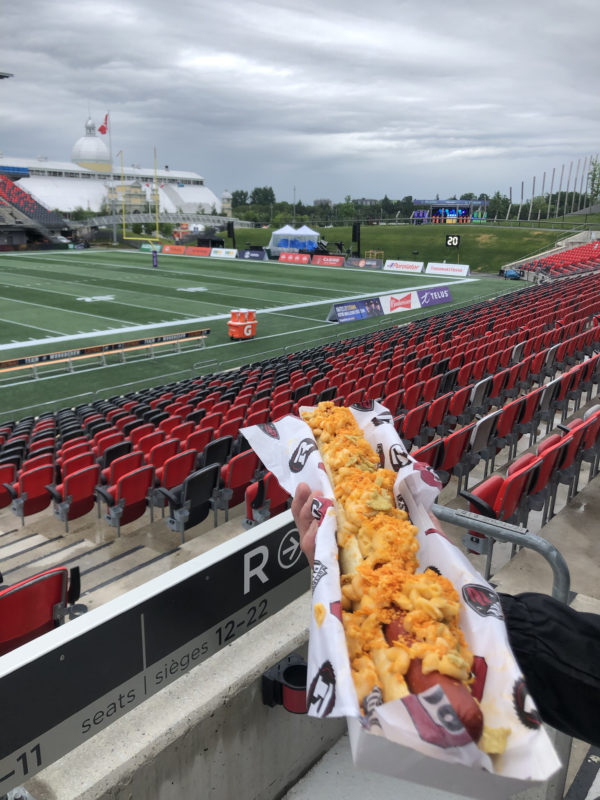