‘We can be great’: Masoli and Ticats’ offence find stride in Week 2 win 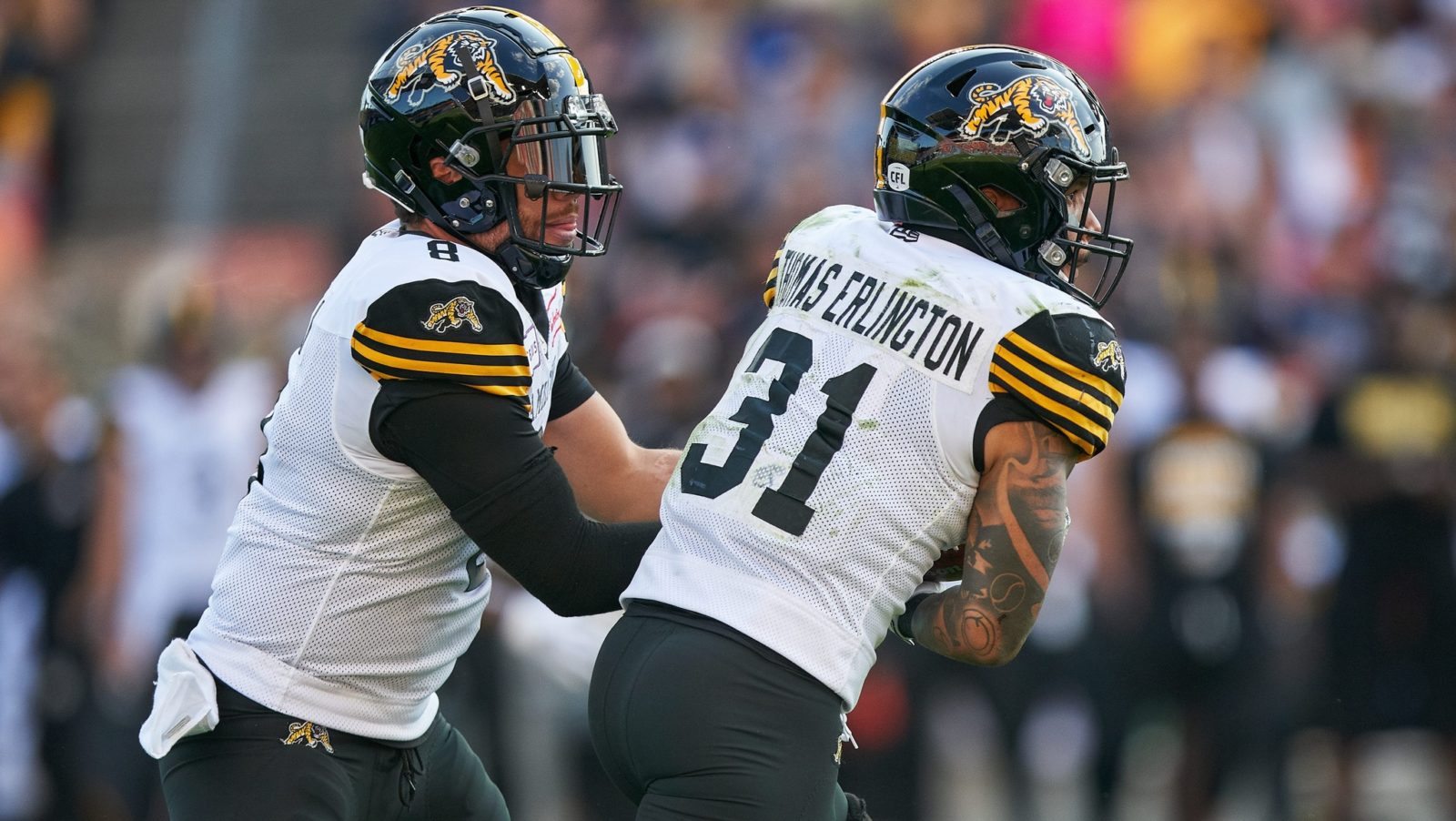 ‘We can be great’: Masoli and Ticats’ offence find stride in Week 2 win

TORONTO — With a 64-14 road win against the Toronto Argonauts and a 2-0 start to the 2019 season, the Hamilton Tiger-Cats have a lot to be excited about. But coming off a Week 1 victory over the Saskatchewan Roughriders that saw the offence only put up 232 total yards, starting quarterback Jeremiah Masoli knew there was a lot to improve upon when they faced the Argos on Saturday.

“Obviously that gave us some fuel,” Masoli said. “Sometimes that’s good, when you can still win and leave all those plays out there. It kind of gave us a boost of energy for this week just to make sure we got it done.”

The Ticats certainly got it done on Saturday, with the offence putting up 600 total yards and Masoli accounting for four touchdowns.

The 30-year-old quarterback said his big game was just a matter of stepping up and distributing the ball to Hamilton’s wealth of playmakers.

“With all that talent around me, I know guys are going to be open,” Masoli said. “I just have to lock in and be accurate.”

Receivers Bralon Addison and Brandon Banks both chipped in with big games to help secure the victory, with Addison hauling in three touchdown catches and a two-point convert while Banks added over 100 yards receiving and a long special teams touchdown. The three touchdown performance from Addison was the biggest so far in his young CFL career.

“Bralon’s a dog, point blank period,” Masoli said. “We’ve seen it here for a while. We all know it inside our room and we’re going to continue to feed him the rock. We’ve got some talent for sure.”

Addison knew he and the other Hamilton receivers had to come up big on Saturday with trusty veteran Luke Tasker out with injury.

“He’s a hard guy to replace, so that’s what this group as receivers focuses on as far as everyone being able to play and be ready,” Addison said. “If one guys goes down, the next man has to be ready to step up and make plays.”

Running back Sean Thomas-Erlington was also a major factor, piling up 109 rushing yards and 56 receiving yards. The offence got stronger as the game went on, and by the third quarter the Ticats were firmly in the driver’s seat.

It was Masoli’s impressive accuracy and poise that set the stage for the historically lopsided win over the rival Argos.

“When you get a guy like that and you get him in rhythm, it’s going to be hard to stop us,” Addison said.

To go along with impact performances from Banks, Addison and Thomas-Erlington, the Tabbies also got key production out of two rookies who were just drafted a month ago. Running back Maleek Irons and receiver Nikola Kalinic both scored their first career CFL touchdowns in the win.

“It just brings the whole swag level up,” Masoli said. “Everybody feels great about it. Those guys are just great guys number one off the field, so we’re all happy for them when they have success.”

Masoli believes his team’s potential this season is sky high if they can simply find a way to correct a few things moving forward.

“We can be great,” Masoli said. “I don’t know what the stats were but we had a lot of flags out there. Just playing clean, we can fix the physical mistakes, even some of the mental errors, but we just got to clean it up.”

The Hamilton Tiger-Cats will look to make it a 3-0 start when they host the Montreal Alouettes in Week 3 on Friday, June 28 at Tim Hortons Field.