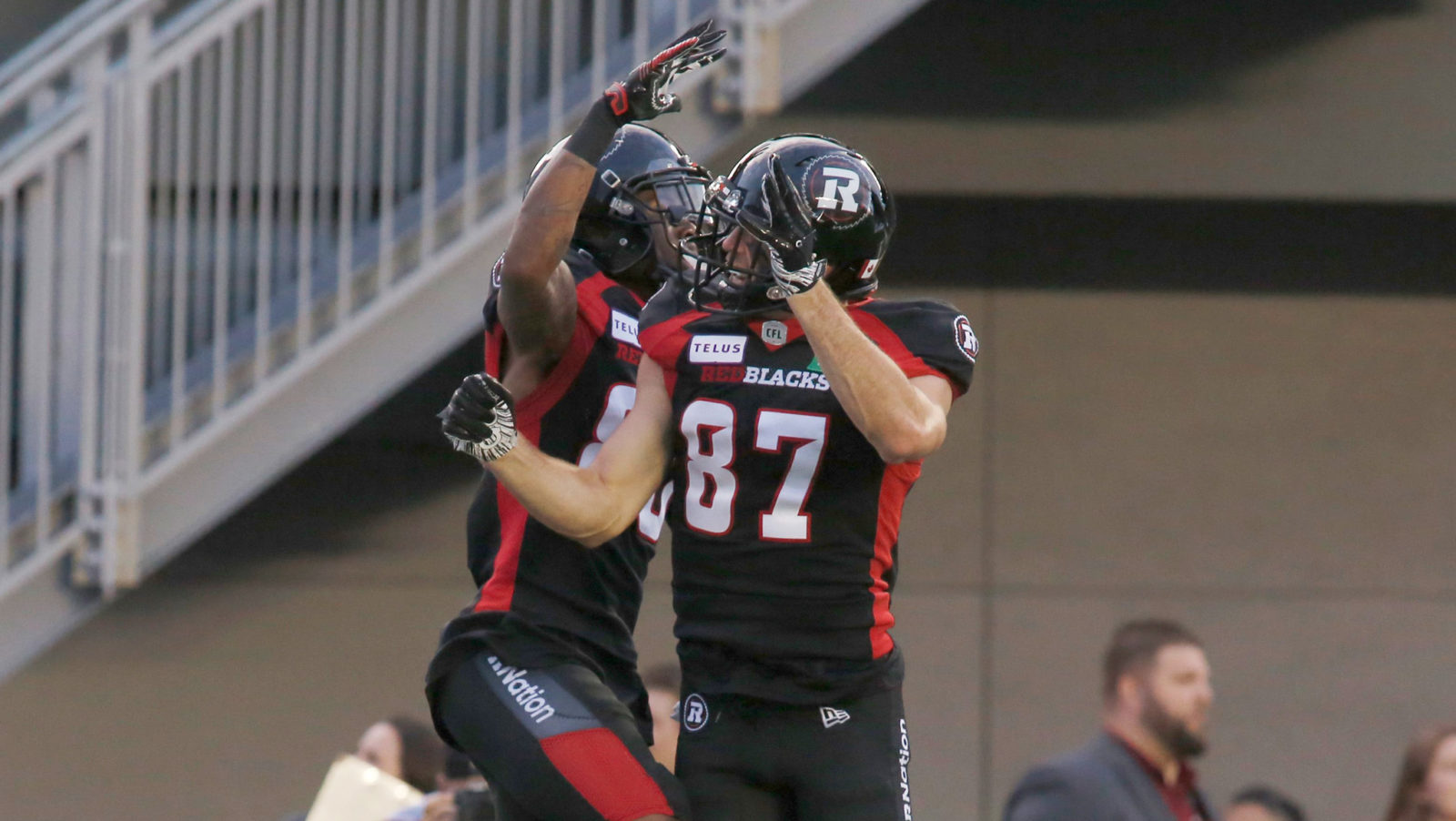 Hello, Ottawa guy who drinks beer out of his shoe to the delight of TD Place fans. I’m absolutely certain that there are beers out there that would have their taste immensely improved by drinking them out of a shoe.

However, it’s still a “no” from me. I’m interested in a beer when it’s described as having, say, hints of citrus, or coffee, or that it’s hoppy. When the label exclaims “boldly infused with degraded leather and unfiltered cotton sock remnants,” I’m out.

A CHALLENGER IS EMERGING, MR. HARRIS

Somewhere, Andrew Harris, wearing a satin smoking jacket and sitting in a leather wingback chair, raised his brandy glass to his lips and took a small, thoughtful sip.

As he slowly, gently, set the glass down on the table beside him, his eyes returned to the television screen once more, and he chuckled lightly.

“I see you, Sean Thomas Erlington,” he whispered to no one but himself. “I see you.”

“But there can be only one,” he then proclaimed loudly, ominously, while stroking the cat on his lap.

A crooked smile creased his face. “There can be only one,” he repeated.

Yeah. That’s what we all thought. But it looks like there can be two. Hamilton’s second-year Canadian tailback reminded me of someone special during his dominating performance on Saturday afternoon.

Twelve rushes for 109 yards, three catches for 56, including a flat-out diving beauty, a sensational snag that went for 37 yards.

In my pre-season East preview I asked a question pertaining to each team and my Hamilton question was: “Did the Ticats make the right decision in releasing Alex Green?”

“Game on,” said Harris, before turning to me, asking me who the hell I was, what I was doing in his study and why I was writing down everything he said.

“Me? I’m no one,” I said, channeling my inner Bruce Willis while deftly flicking a cigarette away….

Yeah, you know what? I’m just gonna bail on this scene now. It’s kinda getting out of control and we’ve got other takes to get to.

IT’S A LONG WAY TO TIPPERARY

It’s also a long way from Toronto to Hamilton. Longer than you thought, probably.

With a re-tooled line-up, new coach, and new philosophies, the Toronto Argonauts came into 2019 feeling that there was nowhere to go but up after a woeful campaign in 2018.

Turns out they had some wiggle room left when it came to taking on water because Saturday’s 64-14 home loss to the Hamilton Ticats – a historic margin of loss for the ancient mariners – had the team touch bottom. You would assume that’s the bottom, anyway.

Even if you subscribe to the theory that this particular game cannot possibly be a realistic showing of the distance between these two teams because brutally lopsided scores are outliers, you still cannot come away with any conclusion other than that the Argos are a far cry from competing on even terms with the best team in the East (hold your horses, Ottawa, I’ll get to you).

There is a lot more work to do in Toronto, obviously. The good news is that they need only look to the team that blasted them over the weekend for inspiration. In 2017, the Ticats lost to Calgary by a score of 60-1, dropping them to a record of 0-5. They’d lose three more after that but then found some light and turned it into a 6-4 stretch run.

BONUS TAKEAWAY: Some coaches wouldn’t even go near the game film of something like this, choosing to put it behind them and their team asap. Corey Chamblin says he’ll watch it, though. He should not be surprised if the first flickering images of that film have the words “Directed by Jordan Peele” over them.

HOLD ON, NOW. ARE THE REDBLACKS A FORCE IN THE EAST?

Before the season began, the Ottawa REDBLACKS were – rightfully so – not given a lot of support as a bona fide contender in the East and that was not because of willful disrespect.

The losses they’d suffered in free agency meant that the best you could logically say about them was that they had question marks. That we’d have to see if they could remove those question marks before feeling comfortable with calling them competition for the Ticats.

Some of those questions have been answered.

That the defence would be at least decent was not in question, as premium-grade Defensive Coordinator Noel Thorpe had a slew of vets returning.

On offence, where most of the question marks took up residence, Dominique Davis has impressed, showing that he has the stuff to be QB1 in this league. Long-term success? Yeah, that’s still as up in the air as a Davis bomb down the rail but first notices suggest that serious doubts about Ottawa’s quarterbacking can be laid to rest.

So can the fears that the REDBLACKS didn’t have a receiver who could ease the pain of losing Diontae Spencer and Greg Ellingson. The other Dominique – Rhymes – seems to be building a terrific chemistry with the quarterback who’s taken the reins for Ottawa, and snapped them hard.

Two of their next three games are against Winnipeg. Calgary calls after that and they will be in a baaaad mood after dropping the home opener to Ottawa.

An opportunity for the REDBLACKS to start stamping their season with exclamation marks lies in wait.

LARRY DEAN CAN STRAIGHTEN YOU OUT

The Edmonton Eskimos were getting blasted by the BC Lions, trailing badly during the second quarter.

They’d taken nine penalties, for a total of 80 yards. Six of those penalties were called on the defence and many of them were of what you’d call the undisciplined variety, which is the worst of the varieties for sure.

Whatever it was that Dean said, it was effective.

Now, he was addressing the defence directly, but I’ve no doubt that some of the offensive players were within earshot because Edmonton’s big turnaround started right there.

And by the time the half had arrived, a 17-3 deficit had become a 20-17 surplus, with the defence taking no further penalties before the break, a sputtering offence igniting.

Looks like Larry Dean will be the Edmonton tuning fork this season.

PLAN ALL YOU WANT. MIGHT NOT MEAN ANYTHING WHEN KICK OFF COMES

Saskatchewan Head Coach Craig Dickenson had a plan to use both his quarterbacks during the first half against Ottawa.

Both Cody Fajardo and Isaac Harker would get the ball, and the coach would then decide who gave his team the best chance to get the win in the final thirty.

Fajardo, though, started to cook a li’l bit just about when you’d have figured it was time to trot Harker out for a look-see.

Then, Fajardo got a little hotter…. and a little hotter… and before you knew it, Dickenson’s plan wasn’t necessary, as the fourth-year man showed levels of effectiveness that had not yet been seen during his career.

Secure a fresh set of downs on a one-yard plunge? Get the edge for a seven-yard gainer? Sure, we’d seen that.

A thirty-yard rope down the middle? A fifty-yard corner route dime? Hey, now.

Cody Fajardo. He’s not just for third down anymore.