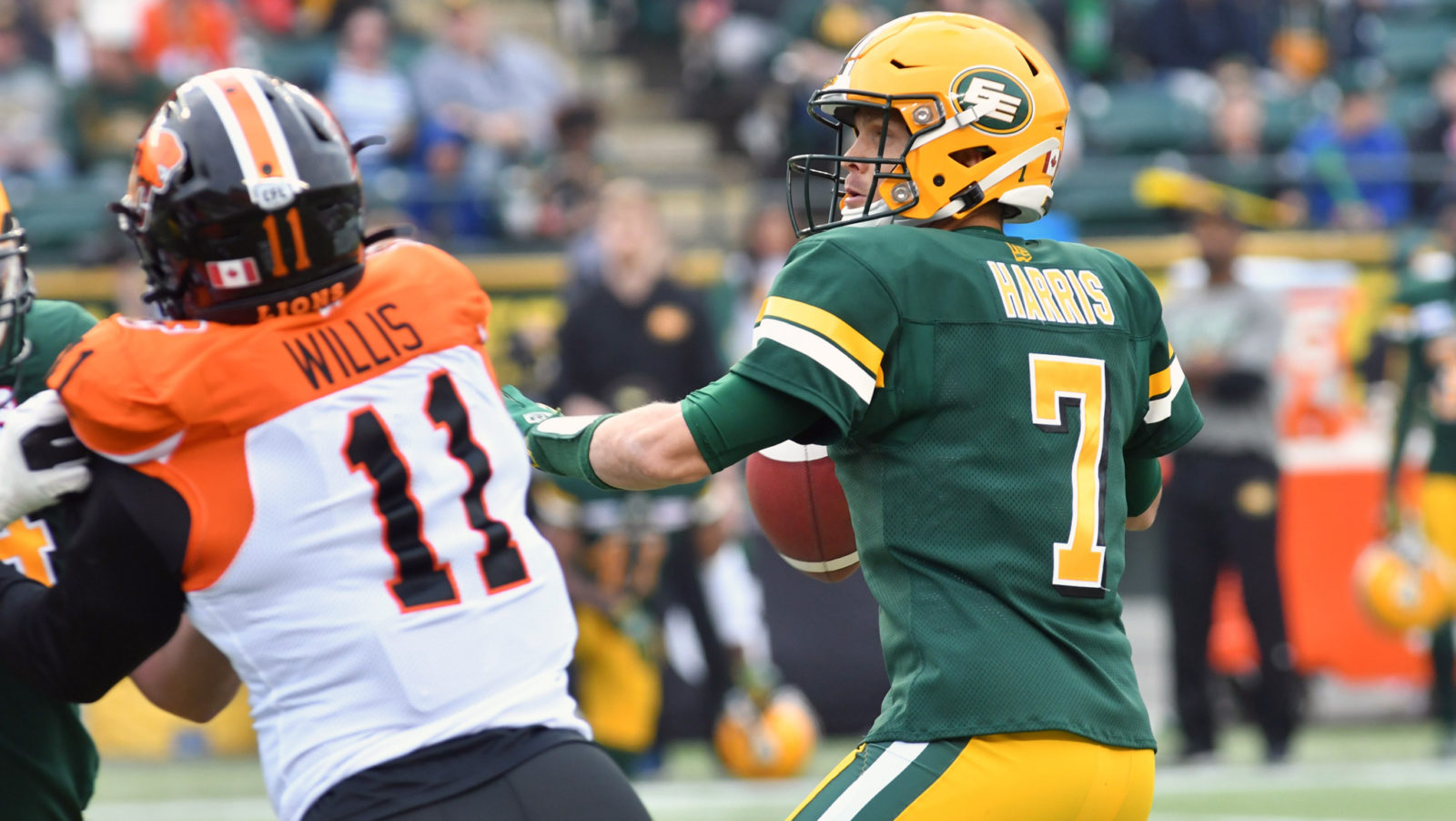 TORONTO — It’s early, but Trevor Harris is inserting himself into the conversation when it comes to the CFL’s elite signal-callers.

That class has been dominated by Mike Reilly and Bo Levi Mitchell the last five years, with the occasional mention of players like Jeremiah Masoli, Matt Nichols and Harris himself.

So far in 2019 Harris has been better than everyone though, completing 77 per cent of his throws, averaging 10.0 yards per attempt and throwing six touchdowns without a single interception.

Reilly and Mitchell both have Grey Cup and Most Outstanding Player honours next to their name. For Mitchell, the trophy case is getting a little full, and one tough outing isn’t going to erase that.

But after his starts against Montreal and BC, leading Edmonton to a 2-0 start, Harris is clearly stating his case. 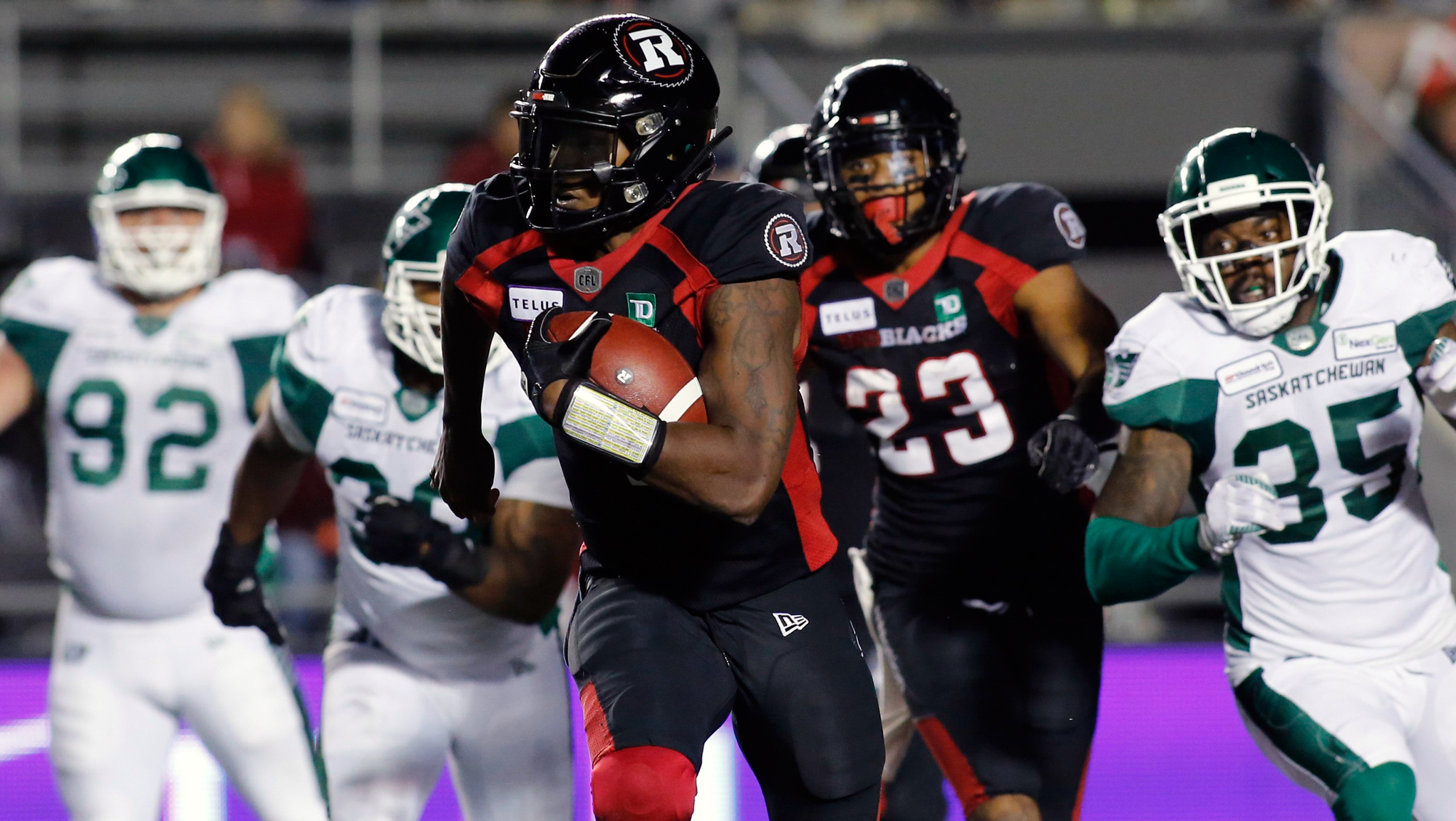 While Harris heats up out of the gate, Reilly’s had a tough time in BC. The veteran quarterback was sacked seven times in a loss to his former team, as the Lions fall to 0-2 on the season.

In the nation’s capital, Cody Fajardo and Dominique Davis put on a clinic to open up Week 2 as their respective teams combined for 85 points.

And to close out the weekend, James Franklin struggled, while Jeremiah Masoli threw for 338 yards and totaled four touchdowns in a 64-14 route of the Argos at BMO Field.

He’s not off to the best start in 2019, but historical context means something in the CFL.ca QB Index. Bo Levi Mitchell has won multiple Grey Cups and MOPs in his career and is coming off one of his best seasons. After an early breather, look for a bounce back in Week 3 against former defensive coordinator DeVone Claybrooks.

Trevor Harris‘ quarterback rating dropped a point in Week 2 (now it’s 135.0) because he only threw for 294 yards and three touchdowns against the Lions. We say that tongue-in-cheek, of course, because Harris couldn’t have started the season any better. He’s completely dissected the first two defences he’s faced, though a more difficult test likely awaits in Winnipeg.

Mike Reilly was sacked seven times and took quite the beating in his first return to Commonwealth, a 39-23 loss to the Eskimos. It’s probably unfair to pin BC’s early struggles on Reilly, but the numbers aren’t good. Reilly’s QB rating of 68.6 is the worst among starters, while he’s completed just 54.5 per cent of his passes and thrown more interceptions (3) than touchdowns (2).

The Bombers played keep-away in a season-opening win over BC, converting 17 of 26 second-down attempts while possessing the football for 35 minutes of the game. Matt Nichols knows how to manage a football game, and a similar approach may be required against the red-hot Trevor Harris. The return of Chris Matthews should help as Nichols and the Bombers look for a 2-0 start.

Despite a slow start in Toronto, Jeremiah Masoli found his groove, throwing for 338 yards and three touchdowns in a 64-14 route of the Argos. For now Masoli has answered any questions about the departure of June Jones, after the Ticats’ offence racked up 604 yards and converted 15 of 22 second-down attempts.

No quarterback has made a bigger statement this season than Dominique Davis. The journeyman picked apart a seasoned Saskatchewan secondary in Week 2, completing 30 of 39 passes for 354 yards and three touchdowns. Davis was aggressive all evening, but the best part of all was that he didn’t throw any interceptions. The REDBLACKS are feeling good going into the bye.

Despite taking the L, Cody Fajardo couldn’t have done much better in his first career start, completing 27 of 34 passes for 360 yards, two touchdowns and zero interceptions. Fajardo is known for his legs, but the arm did all the work in a 44-41 loss to the REDBLACKS, earning him an extended look in the absence of injured Zach Collaros. There’s obvious upside here.

James Franklin‘s performance wasn’t as disastrous as the score might indicate, but the Argos’ quarterback just couldn’t sustain drives in a one-sided loss to the Ticats. Time may be running out for the 27-year-old to live up to his previous billing as one of the CFL’s top quarterback prospects, as McLeod Bethel-Thompson waits in the wings.

With Antonio Pipkin sidelined, these next few games could be career-defining for Vernon Adams Jr. Once one of the league’s top prospects, the 26-year-old has all the tools to be a successful starter in the league — he’s just needed the opportunity. Adams leads Montreal into a tough matchup against his former team in the Hamilton Tiger-Cats.