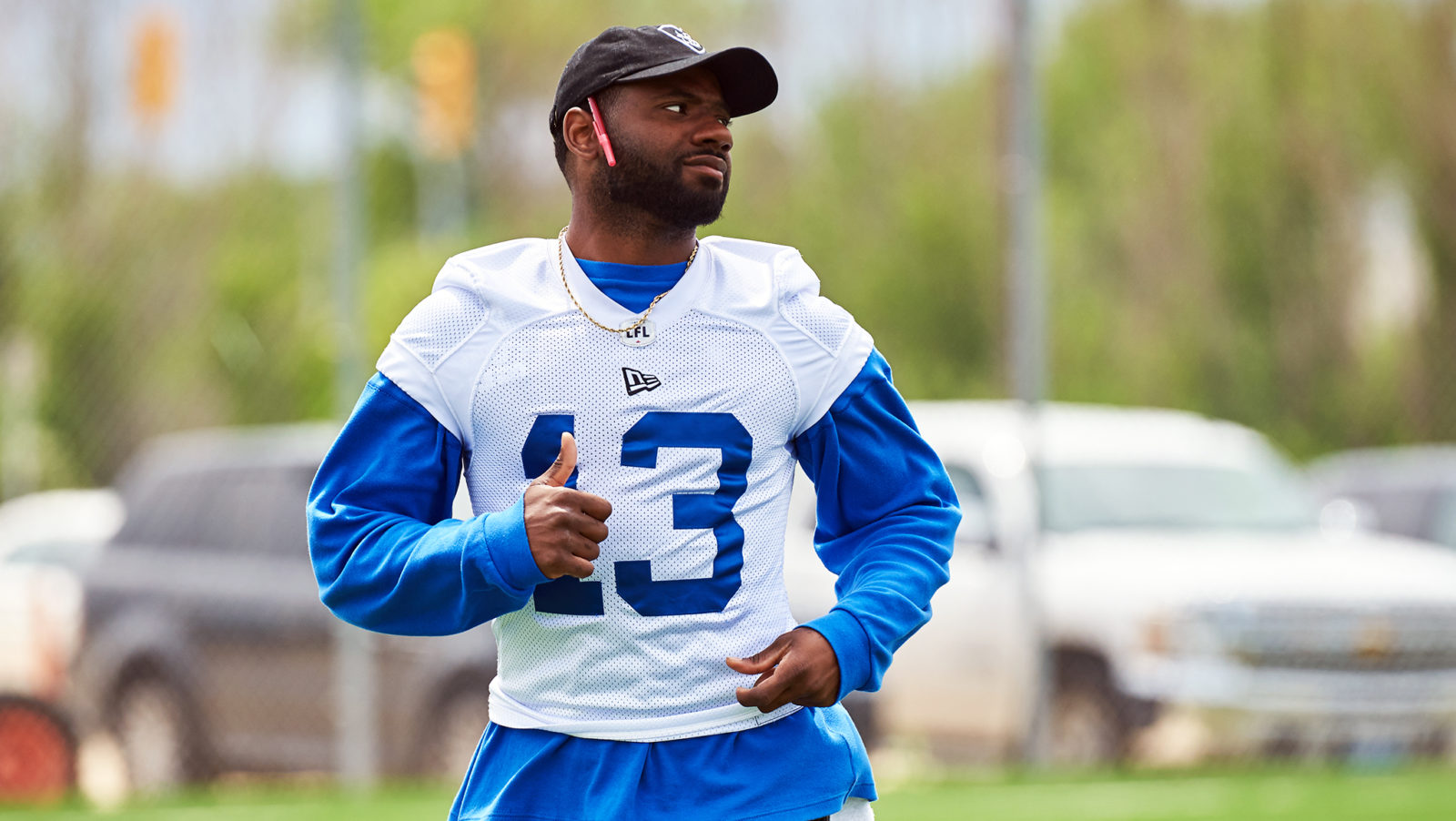 It was near the conclusion of the Winnipeg Blue Bombers first official day back to work after their bye week when Chris Matthews flashed all his skill in one spectacular play.

The veteran raced downfield and used all of his 6-5 frame to extend and pull in a pass for what surely would have been a touchdown. The question now that Matthews is back on the practice field following nearly a month on the sidelines with an injury is this: how soon might he get into the lineup and begin making those plays in real game conditions?

“It sucks, but it’s part of football. It happens. You get injuries, you’re going to get injuries during the season and you’re going to have to learn to fight through it and come back whenever your number is called to go back out there and keep pushing.”

Matthews did have some stints working with the Bombers No. 1 offence at Sunday’s practice, but his reps were scattered with the second unit as well. Asked what his training camp injury was and how it happened, he joked:

“Medulla oblongata…. ‘Waterboy’ reference. Now I’ve got to go out on Thursday and get a big hit for you guys. It was just an injury that I was able to get over and I’m ready to go back out there full speed.

“I feel like I had a great practice today. Limited reps, but that’s the thing that happens when you’re coming off an injury – they want to make sure you’re good and that you don’t come out here and re-injure anything.”

The Bombers offence operated an efficient attack in the season-opening win over the B.C. Lions before the bye, as Matt Nichols threw for three touchdowns and Andrew Harris rushed for 148 yards. Darvin Adams led all Bombers receivers with five catches for 73 yards and a TD, while Drew Wolitarsky had four catches for 43 yards and two scores. 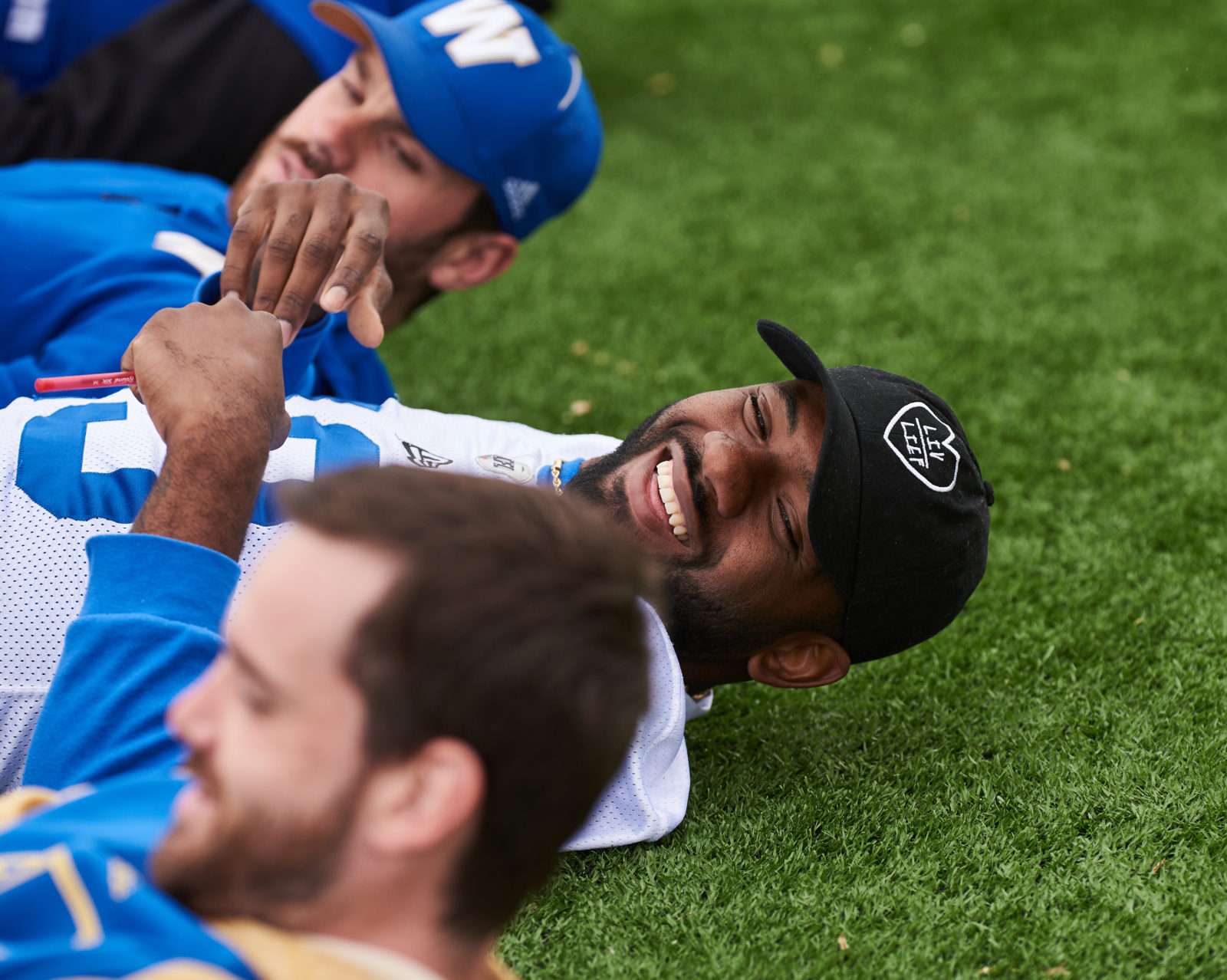 It has been over five years since Chris Matthews suited up for the Winnipeg Blue Bombers and now the former Most Outstanding Rookie is finally ready to make his return (BlueBombers.com)

Inserting Matthews would give the Bombers another element to their receiving corps with his size and ability to win 50-50 balls. But it would also mean an import receiver – either Kenny Lawler or receiver/returners Charles Nelson or Lucky Whitehead – would likely have to come off the roster. Those decisions won’t become clearer until the day before the Bombers home opener this Thursday against the Edmonton Eskimos.

“We’ll see… there’s a chance,” said Bombers head coach Mike O’Shea when asked if Matthews might be in the lineup against the Esks. “He had a real nice catch down the sideline there today. I think they’re still monitoring what kind of shape he’s in, but he’s a helluva good football player and we’ll see how the roster shakes down on Day 3 (after Tuesday’s practice).”

One of the Bombers prized offseason free agent additions, Matthews watched the club’s first win of the season in Vancouver from here in Winnipeg. That experience – separated from his teammates while they took care of business in enemy territory – offered up a mix of emotions, including joy and frustration.

“I was here watching the game on TV and on my iPad. I was just trying to soak up as much as I can,” he explained. “At the time I was still staying in the dorms where we stay during training camp and I’m yelling at the TV calling out routes and everybody’s looking at me like, ‘What are you even talking about?’ They don’t even know that I’m actually playing on the team.

“I’m psyched up, man. I’m really psyched up and ready to get out there and play, get the plays back down and be able to work with Matt and the rest of those guys because they were having a game, especially in pre-season.”

Matthews spoke Sunday of the visualization all receivers do, from seeing and catching the ball after running routes, to taking the ball to the house after a reception. But visualization is no substitute for the real thing.

“You’re going to see a lot of things from me… hopefully,” Matthews said. “I’m ready to go ahead and jump up on this wall a couple of times and celebrate with the fans and get this win.”