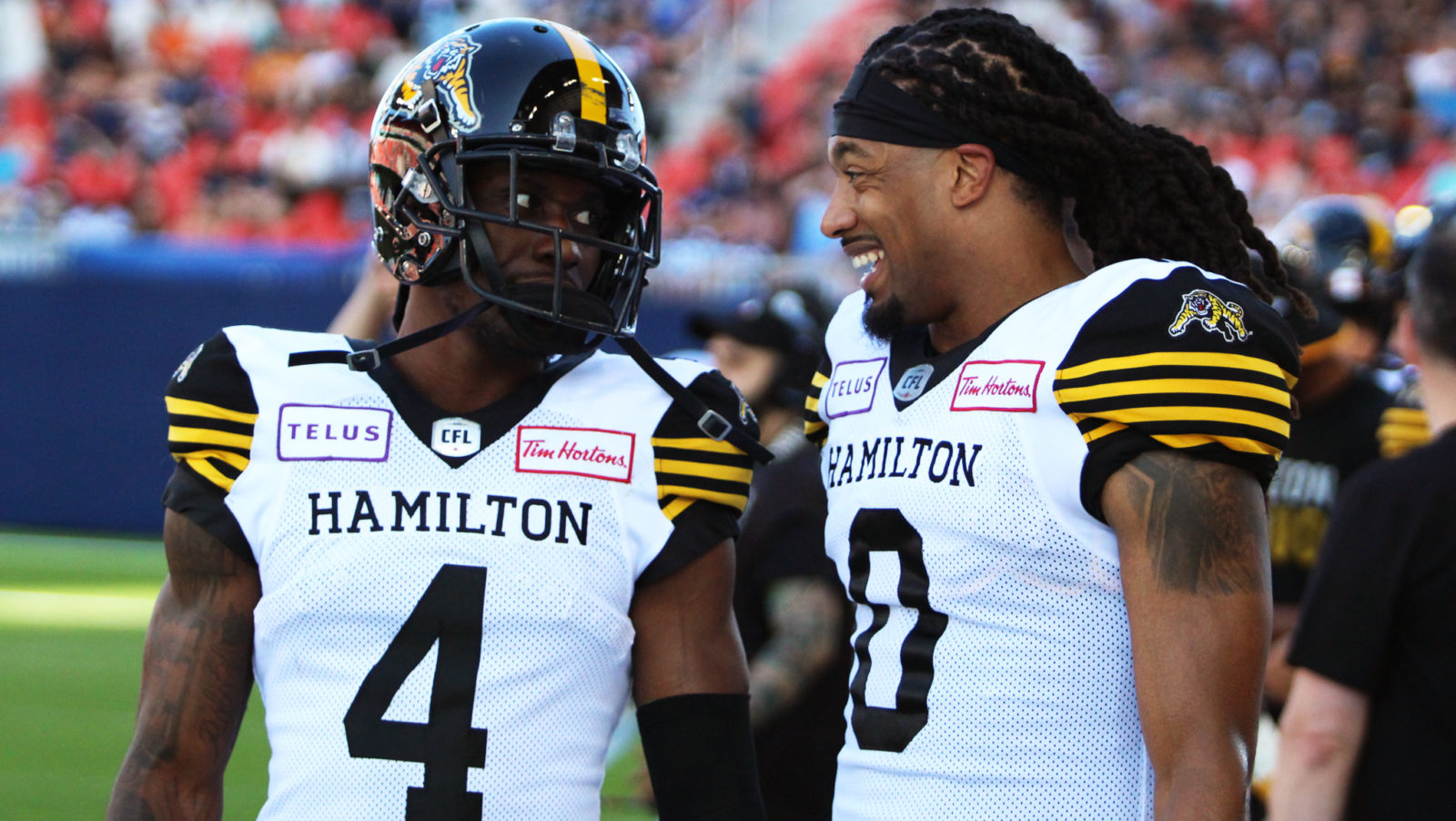 TORONTO — With two clear-cut favourites, the BC Lions and Toronto Argonauts are looking to pull off upsets in Week 3 of the CFL season.

Just the Ottawa REDBLACKS are on the bye as the other eight teams look to get in the win column, including the Argos and Riders, who play the Week 3 finale on Canada Day.

With all that in mind, the CFL.ca writers make their picks for Week 3.

RELATED
» Nye’s Weekly Predictor: Stampeders with the edge in Calgary?
» CFL Pick ‘Em: Make your picks for Week 3!
» Be the GM in TSN CFL Fantasy presented by LeoVegas
» The DailyRoto 2019 Fantasy Guide 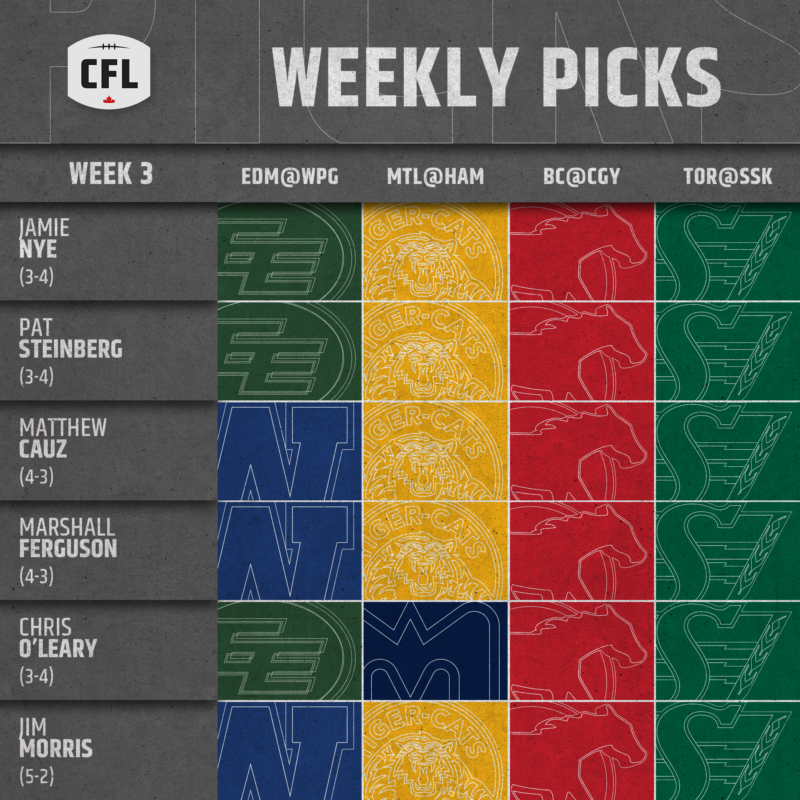 Two big wins under the Edmonton Eskimos belt have the green and gold confident as they head to Winnipeg. Trevor Harris’ weapons on offence, including receivers Greg Ellingson, Ricky Collins Jr. and Kenny Stafford, and running back CJ Gable, have moved the Esks to the top of the league in almost all offensive categories. The defence has pitched in too, as the unit got to BC Lions quarterback Mike Reilly seven times last week. Can the Esks continue their dominance at IG Field?

On the other side, the Bombers are coming off a Week 2 bye. At 1-0, Winnipeg should be coming back from their week of rest confident. It’ll be up to the Bombers defence, including prized off-season acquisition Willie Jefferson and All-Star middle linebacker Adam Bighill, to stop the red-hot Edmonton offence.

The Tiger-Cats scored 64 points in last week’s contest against the Toronto Argonauts as the Black and Gold improved to 2-0 on the season. Jeremiah Masoli was impressive in Hamilton’s road win, throwing three touchdowns and rushing in one more. Receivers Bralon Addison and Brandon Banks and running back Sean Thomas Erlington are all dangerous weapons for the Ticats as they look to expose the Montreal defence.

For the visitors, an injury to their starting quarterback Antonio Pipkin has Vernon Adams Jr. leading the charge for the Montreal Alouettes. His fourth-quarter comeback in the team’s Week 1 contest against the Eskimos after taking over for Pipkin fell short, and the team went into a Week 2 bye 0-1. Can Adams Jr. dazzle once again against the Ticats in Hamilton?

It may come as a surprise to many that the BC Lions and Calgary Stampeders have yet to win a game in 2019. It’s still early in the season, however, and the visiting Lions will look to get their first win against the reigning Grey Cup Champions. Mike Reilly and co. are still looking for chemistry after dropping their first two contests and the offensive line will need to be better after giving up seven sacks to the Eskimos last week.

The Stamps have played just one game so far this year, as they headed out on a Week 2 bye. Refreshed and ready to go, Calgary returns to play at McMahon Stadium, a stadium they are notorious for winning at. Can 2018’s Most Outstanding Player Bo Levi Mitchell out-duel Reilly and the Lions?

Fans and players alike will be looking for fireworks on Monday as the Toronto Argonauts and Saskatchewan Roughriders meet for a Canada Day contest. The Argos sputtered in their first chance to hit the turf at BMO Field last week, falling to 0-1. Head Coach Corey Chamblin will hope for a win in his return to Saskatchewan as a bench boss.

For the home team, the Riders have yet to nab a win despite being close to one last week. Cody Fajardo looks to have a handle on the Riders offence, helping the team score 41 points in a shootout against the Ottawa REDBLACKS. Will Fajardo continue this week in front of a home crowd?