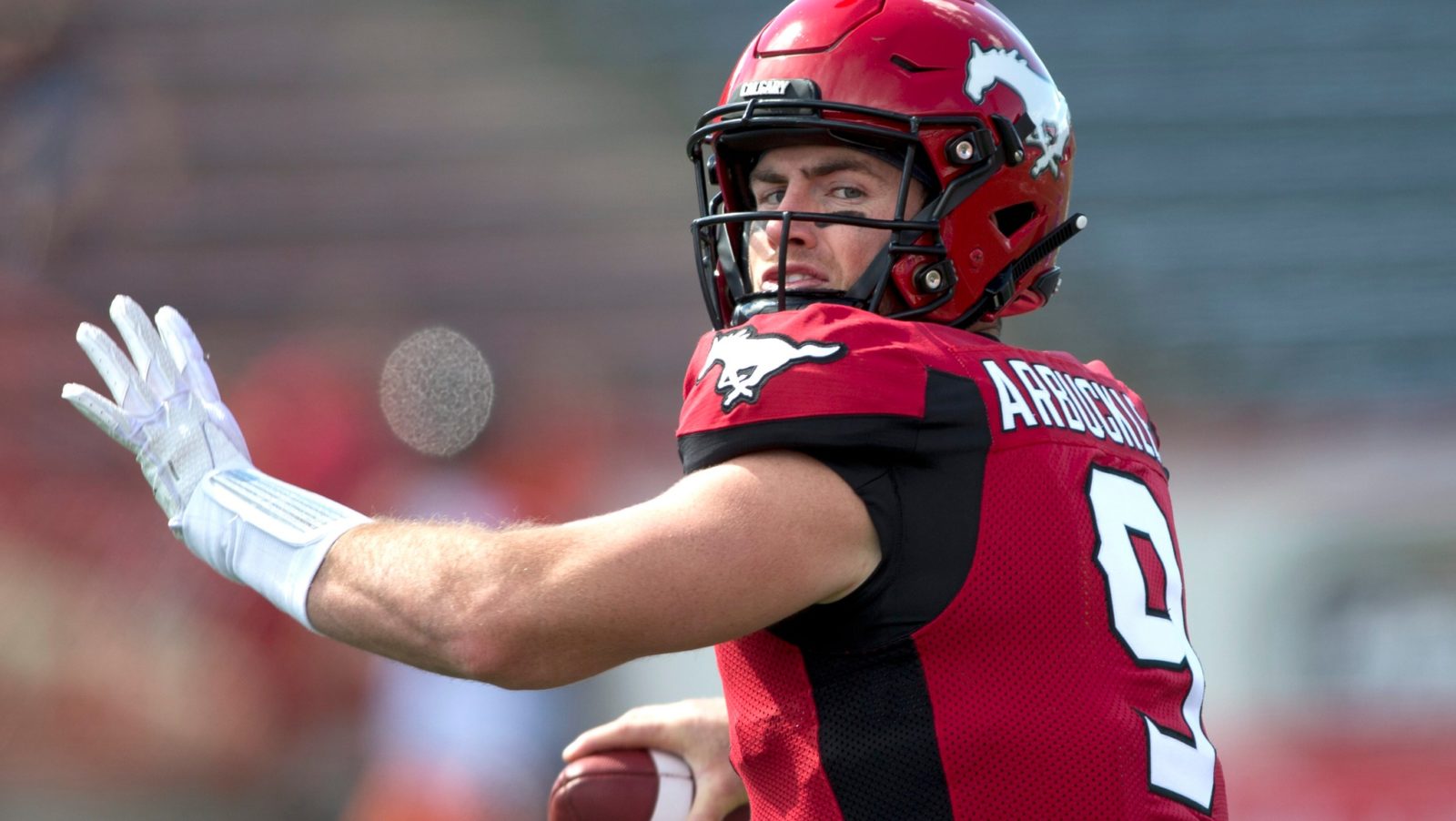 CALGARY — When Calgary Stampeders quarterback Bo Levi Mitchell went to the sideline with an apparent shoulder injury while trailing late in the fourth quarter against the BC Lions in Week 3, it appeared the defending champions were on their way to an 0-2 record.

But backup quarterback Nick Arbuckle pulled off something special, leading two key scoring drives while completing all nine of his passes for 93 yards and the game-winning touchdown.

“It was impressive,” head coach Dave Dickenson said after the win. “We have faith in Nick, but obviously a very difficult spot for any quarterback to be in. He looked good and made a lot of great plays for us.”

The 25-year-old quarterback looked right at home in the high pressure situation, building momentum with every completion against the Leos. Arbuckle scored a one-yard rushing touchdown to cap off the crucial fourth quarter drive that put Calgary in position to complete the comeback, and he later threw a touchdown to receiver Eric Rogers that put the Stamps on top with under a minute left to play.

“It feels really good,” Arbuckle said. “Just to kind of have the opportunity to go in, and it’s the moment that I’ve been preparing for ever since I became a part of the team all the way back in 2016 when I joined the practice squad.”

Arbuckle said his approach has always been that of a starter, always doing everything he can to ensure success when his number is called.

“Just trying to get myself better and make sure that I’m preparing as a starter every single week,” Arbuckle said. “I’m learning as much as I can from Bo, watching film between every drive so I can learn the defence as the game goes on.”

“I was just waiting for my opportunity and knew the longer it took to get there, the better I was going to be when I got there.”

The Calgary Stampeders will look to earn their second win when they travel to face the Saskatchewan Roughriders next Saturday in Week 4 action at Mosaic Stadium.