Roberson putting himself on the map in sophomore season 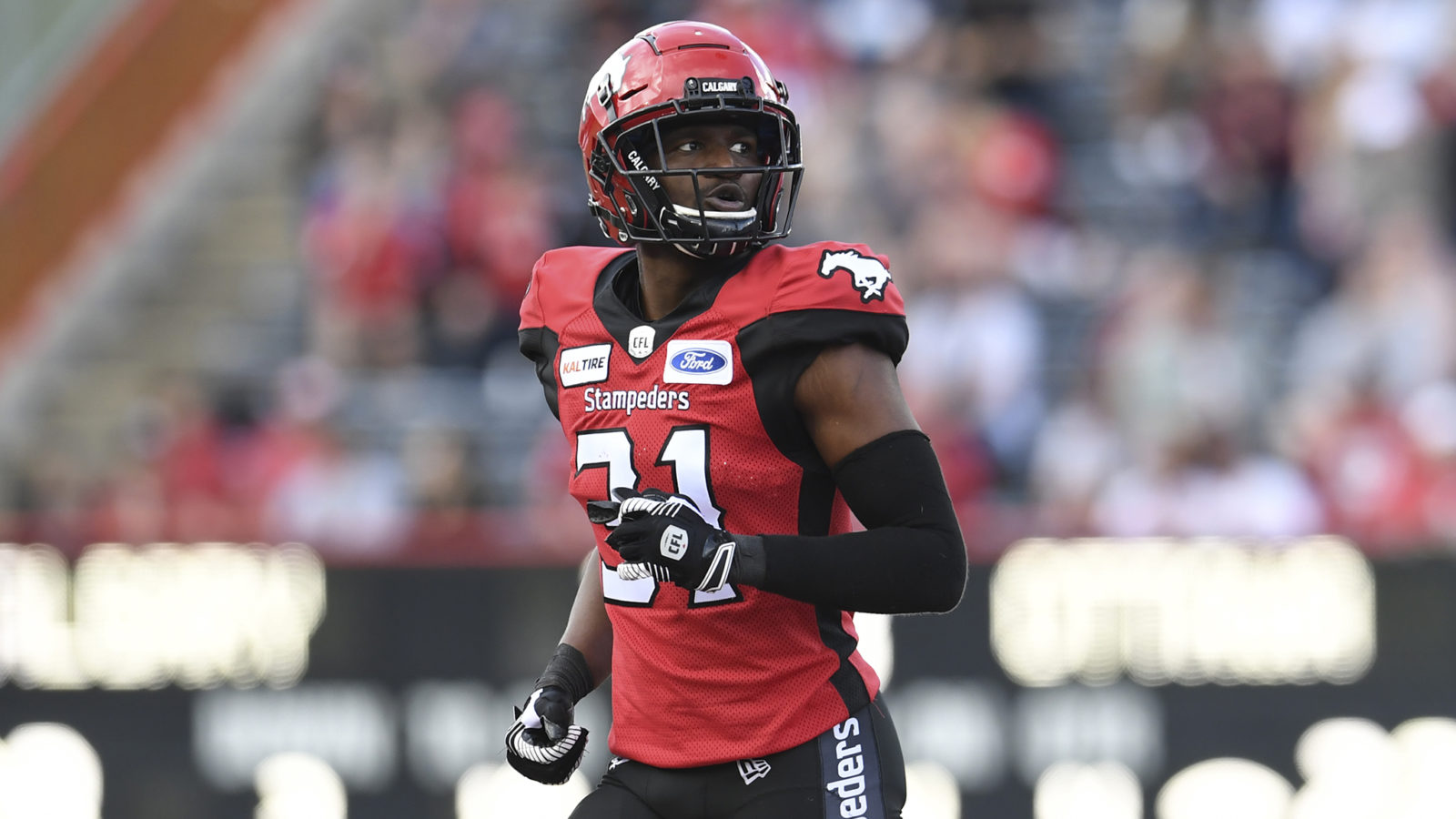 Roberson putting himself on the map in sophomore season

If you didn’t know who Tre Roberson was before Week 1’s contest between the Calgary Stampeders and Ottawa REDBLACKS, there’s no doubt you do now.

Not only did the 26-year-old cornerback collect a hat trick of interceptions by the final whistle, but Roberson decided to take the time during his halftime interview on TSN to make sure everyone watching now knows his name.

“Today, I’m going to introduce myself. I’m Tre Roberson,” he said, looking into the camera and doing a little wave, after he snagged two of his three interceptions on the day. “We’ve already got a Grey Cup so quit leaving me out.”

Despite having a stellar first season in the CFL – including 54 defensive tackles, a trio of picks, six knockdowns and two forced fumbles – Roberson wasn’t nominated for the CFL’s Most Outstanding Rookie. Instead, it was kicker sensation Lewis Ward who took home the hardware. Riders receiver Jordan Williams-Lambert was the West Division nominee.

He also wasn’t named a CFL Shaw Top Performer after his three interceptions – a match for his career-high in just a single game.

“I’ve always got to have a chip on my shoulder,” he said over the phone after a day of practice in Calgary on Thursday. “I’ve been given the short end of the stick up here. I’m a Grey Cup champion, played a lot of games last year. I have a pretty good resume covering guys last year also. It is what it is, I’m here to help the team out as much as possible and hopefully get another Grey Cup.”

Before becoming a Stampeder and Grey Cup champion, the six-foot, 190-pounder was the one throwing the passes instead of breaking them up.

He played quarterback at Illinois State (2014-15) and set school records for career rushing yards (1,806) and rushing touchdowns (22) by a quarterback. Over his two seasons, he threw for 5,446 yards and 48 touchdowns for the Redbirds.

Before joining Illinois State, Roberson played at Indiana and was the first quarterback in school history to start as a true freshman. In 23 career games, he passed for 2,433 yards and 20 major scores while also adding 982 yards and 10 touchdowns on the ground.

Even with the success as a pivot in college, Roberson knew that he would have to make a change if he wanted to make it in the pros. So when he was signed with the NFL’s Minnesota Vikings in 2016, he flipped to defence and lined up as a defensive back.

He was released by the Vikings in September of 2017 and signed with the Stampeders in May of the following year. He stayed on the defensive side of the ball and won the starting role in training camp and went on to start 16 games for Calgary at boundary corner, missing just two due to injury.

“It’s more preparation,” he said when asked if being a quarterback had helped in his ability to figure out opposing pivots. “I had a pretty good idea of what teams were doing during the week. Football doesn’t really change a lot.”

Fresh off a Week 2 bye, and with his team sitting at 0-1, Roberson said the Stamps had a great week of practice.

“Everyone’s excited,” he said. “We’ve been working hard. A lot of guys stuck around for the bye week and put a lot of extra work in so we’re just ready to get going and get in game mood.”

The Stamps host the BC Lions on Saturday, another West Division team that has yet to collect a win. Roberson and Calgary’s defensive backfield have the challenge of taking on Mike Reilly, Bryan Burnham, Lemar Durant and Duron Carte. It’s a challenge, but it’s something that the team is ready and prepared for.

“We’re just going to do what we do,” he said. “Call the calls that we call. Everyone’s going to do their job, that’s what we do. If everyone does their jobs, the plays will come. We’ve had a good week of preparation.”