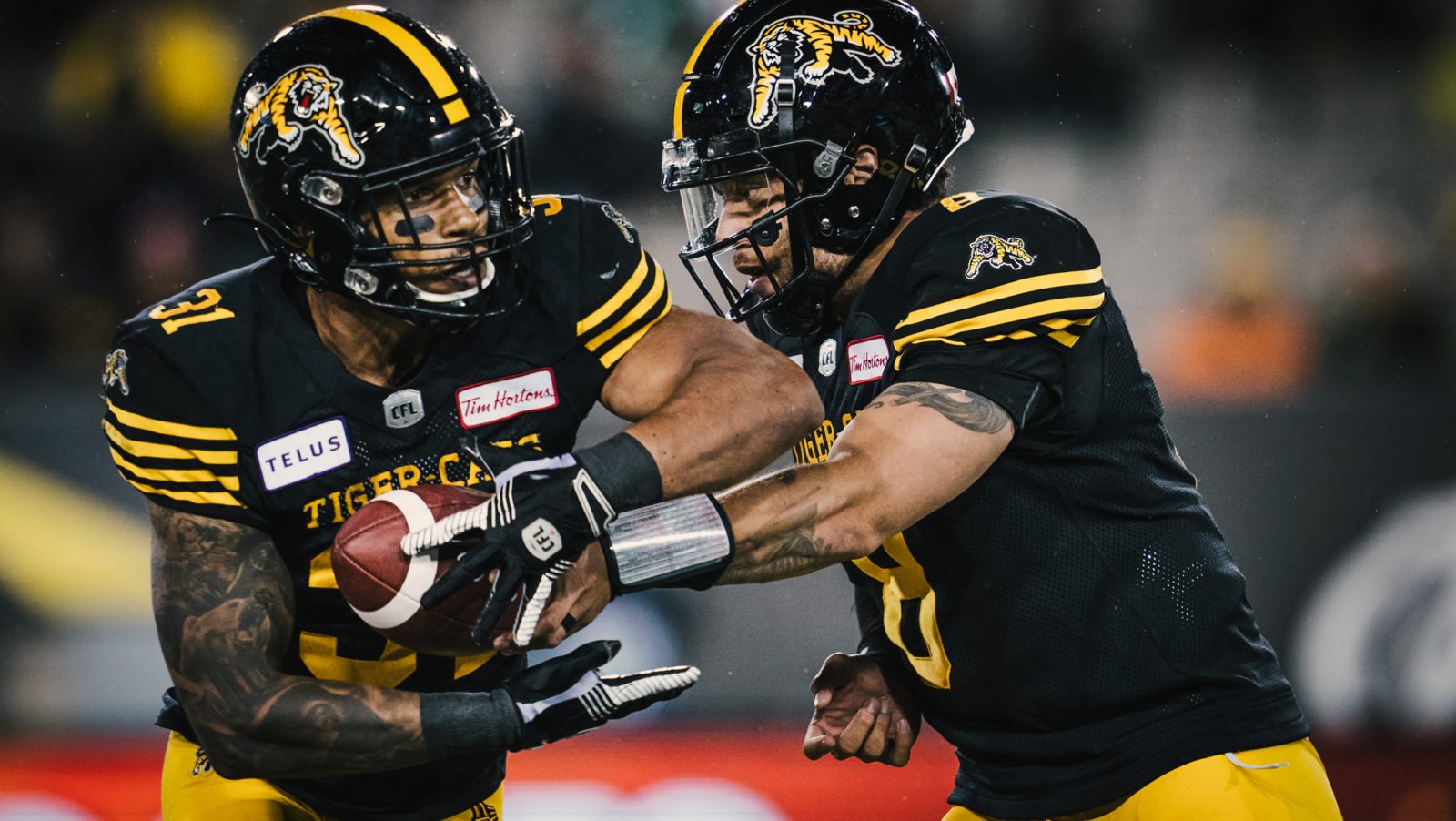 HAMILTON — Another full team effort led the Hamilton Tiger-Cats to a 41-10 home win against the Montreal Alouettes in Week 3, but it was the offensive trio of Jeremiah Masoli, Brandon Banks and Sean Thomas-Erlington that stole the show once again.

The Ticats followed up their lopsided Week 2 win over the Toronto Argonauts with another big performance Friday night against the Als, racking up 526 total yards of offence while improving to 3-0 on the season.

With a variety of talented weapons on offence who can do damage in multiple ways, the Ticats have developed into an offensive juggernaut while setting themselves up as the team to beat in the East.

Banks scored his third touchdown of the season on a 30-yard run against Montreal, also making it the third way the versatile playmaker has scored this season.

“He’s a dynamic player that has busted his tail and grown a lot,” head coach Orlondo Steinauer said after the win. “Obviously Jeremiah (Masoli) is comfortable with him and he’s just a special football player, so he can score whether it’s in the return game, running the ball or obviously receiving. I think he’d be the first to tell you that he expects that from himself, and I’m just glad he’s on our team.”

RELATED
» Red-hot Ticats continue rolling with home victory over Als
» By the Numbers: View Boxscore
» Watch: Banks shows off his speed and agility for TD
» Images: Alouettes at Tiger-Cats
» Watch: Thomas-Erlington goes 75 yards to the house

Thomas-Erlington continued to show his receiving skills at the running back position, piling up 102 yards on just 5 catches. Thomas-Erlington also added 47 key yards on the ground, and his 75-yard touchdown catch-and-run was the longest play of the night.

“He’s like a Swiss Army knife, man. He can do it all,” Masoli said after the win.

The 26-year-old Canadian has now accumulated 417 total yards through the first three games of the season, and he appears to get stronger with every game of experience.

“He’s consistent,” Steinauer said. “You hope that when given opportunity you make the most of it, and that’s what Erlington has done. He’s a trained receiver from being here last year, so I think that serves well for what we’re doing with our running back in our offence.”

Masoli also had another productive game for the Ticats, surpassing 400 passing yards for the third time in his career and adding a pair of rushing touchdowns. But Masoli knows he has personal improvements to make in order for the offence to reach its full potential moving forward.

“There’s a lot of stuff that we got to clean up,” Masoli said. “Obviously all those turnovers, we can’t have it. We’re just blessed on offence that we have such a great defence and great special teams. It was a total team effort.”

Week 4 will see the Hamilton Tiger-Cats face off with the Montreal Alouettes in another battle, with the Ticats taking the Als on in a road game next Thursday.