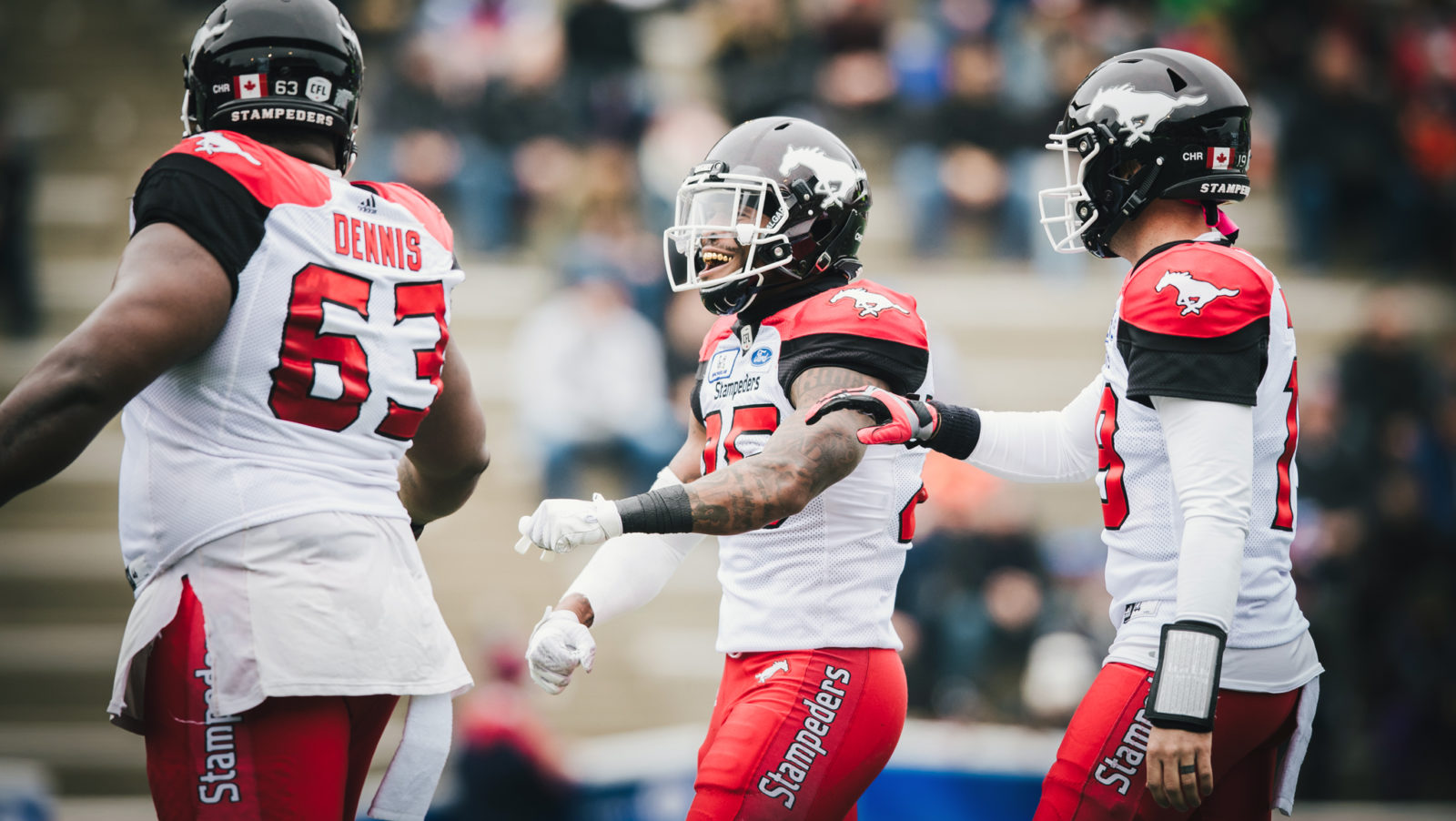 The Ticats welcome Luke Tasker ($8,984) back to the lineup this week. Tasker missed a pair of games and will jump into a favourable matchup against the struggling Alouettes in Week 4.

While Tasker returns, Bralon Addison ($4,962) draws out of the Ticats’ lineup after being placed on the one-game injured list. Addison was a go-to pick on many Fantasy rosters and will need to be replaced before Thursday night.

Anthony Coombs ($3,072) won’t start but could see the field for the Ticats in Week 4. Coombs will back up American receiver Marcus Tucker ($2,500) and isn’t on the Fantasy radar right now.

With Bralon Addison sidelined, Marcus Tucker ($2,500) gets another chance to start this week vs. Montreal. Tucker could be fighting for a job should Addison return soon, and while he’s a risky Fantasy proposition this week, the matchup could make him a sleeper.

Rookie receiver Jaelon Acklin ($2,500) will make a second consecutive start vs. the Alouettes on Thursday. Acklin had a big pre-season but failed to make a dent in the Als’ struggling defence in Week 3.

For the third straight game Jeremiah Johnson ($6,456) will be on the Alouettes’ one-game injured list. The Als’ running back is mostly an insurance policy for star running back William Stanback ($6,488).

DeVier Posey ($6,033) will be a game-time decision for the Alouettes, according to Didier Orméjuste of RDS. Posey has had a slow start to the season but his absence would hurt the Als’ offence in a tough matchup with the Ticats.

After a slow start to the season, Eugene Lewis ($5,751) will be a backup in Week 4 against Hamilton. Lewis had a breakout season in 2018, but he’s now behind rookie Quan Bray ($2,500) on the depth chart and may have to re-gain the trust of the coaching staff — and his quarterback.

A week after being left off the roster, Felix Faubert-Lussier ($2,500) will start for the Alouettes at wideout this week. His Fantasy impact has been minimal up to this point.

It appears Quan Bray ($2,500) will make the first start of his CFL career on Thursday night vs. Hamilton. Bray flashed plenty of playmaking ability in the pre-season and will look to make the most of his opportunity — especially if DeVier Posey ($6,033) is sidelined by injury.

The REDBLACKS could sit Canadian running back Brendan Gillanders ($2,500) for Friday’s contest vs. the Bombers. Gillanders hasn’t been a Fantasy factor this season anyway, but if he can’t play then Greg Morris ($2,500) will take his place as both teams enter Week 4 relatively healthy.

TSN’s Farhan Lalji says there’s a good chance Bryan Burnham ($7,385) will miss Week 4’s matchup with the Argos due to an injury. The Lions’ top receiver has yet to practise this week.

If Burnham is sidelined, national receiver Shaq Johnson ($2,500) could see an increased role in Toronto. Johnson has had a quiet season so far but could break out any moment with Mike Reilly throwing him the football.

The Argos have reportedly placed quarterback James Franklin ($7,261) on the 6-game injured list due to a hamstring injury. The injury occurred late in a loss to the Riders in Week 3, opening the door for McLeod Bethel-Thompson ($5,249) to make his first start of 2019.

With Franklin sidelined, the Argos will turn to McLeod Bethel-Thompson ($5,249) for Saturday’s game vs. the BC Lions. Bethel-Thompson has a strong arm and a willingness to throw deep, but the Argos’ offence hasn’t provided much reason for optimism so far this season.

The Stamps have placed Bo Levi Mitchell ($9,311) on the 6-game injured list. Mitchell injured his pectoral muscle late in a win over the Lions in Week 3.

Don Jackson ($5,626) has been ruled out of Calgary’s Week 4 matchup with the Riders, the team announced Wednesday. A tough start to the year turns worse for Jackson, who’s averaging a meager 2.8 yards per carry through two contests.

The Stamps will turn to Nick Arbuckle ($5,000) in Week 4. Arbuckle was incredible in relief last weekend, completing all nine attempts and leading a dramatic last-minute comeback win over the Lions. With Mitchell on the 6-game injured list, Arbuckle should see extended playing time.

With Jackson sidelined, Terry Williams ($4,563) could see a heavier workload when the Stamps take on the Riders at Mosaic. Williams usually handles return duties and serves as a change of pace, though his responsibilities for Saturday aren’t yet known.

Stamps running back Kadeem Carey ($3,500) will make his CFL debut this weekend. Carey steps in for the injured Don Jackson, though it’s unclear how Terry Williams will eat into his workload.

Dave Dickenson has confirmed that Canadian receiver Juwan Brescacin ($3,092) will not play in Week 4. Brescacin failed to make a catch before exiting early in the second half of an eventual win over the BC Lions.

Based off practice reports it doesn’t appear that Emmanuel Arceneaux ($5,935) will make his Riders debut this week. Arceneaux is coming off season-ending surgery last autumn but a return shouldn’t be far.

KD Cannon ($2,500) has been relegated to backup, as 2019 first round pick Justin McInnis will make the first start of his career at field wideout.