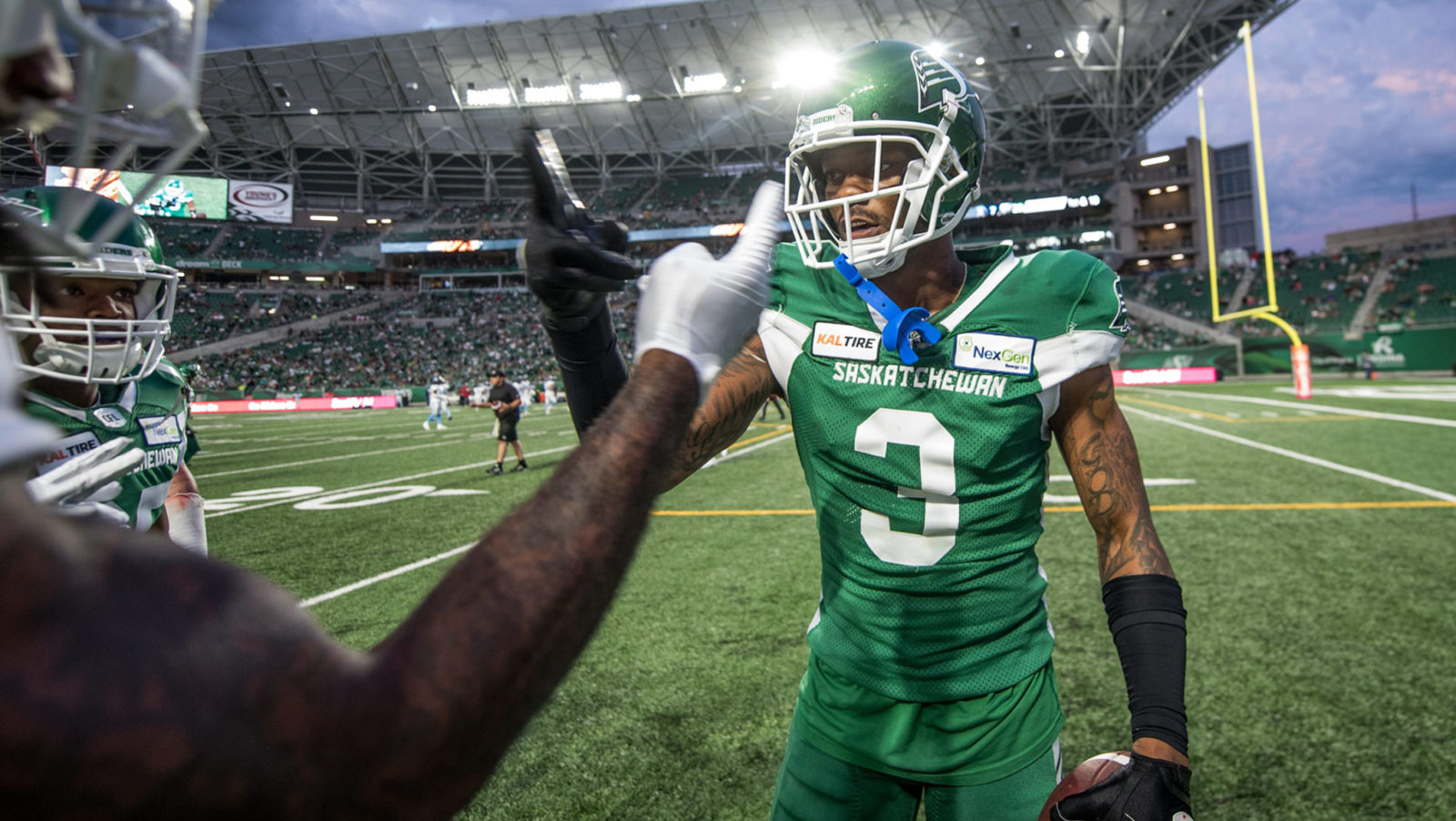 TORONTO — There are two clear-cut favourites this week as Week 4 of the CFL season gets underway.

Fans and writers alike are certain that the Hamilton Tiger-Cats and BC Lions will get a win this weekend but they aren’t so sure with the other matchups.

The Edmonton Eskimos are on the bye as the other eight teams look for a victory, including the Stampeders and Roughriders, who play the Week 4 finale on Saturday night.

With all that in mind, the CFL.ca writers make their picks for Week 4.

RELATED
» Nye’s Weekly Predictor: Trusting in the Ticats?
» CFL Pick ‘Em: Make your picks for Week 4!
» Be the GM in TSN CFL Fantasy presented by LeoVegas
» The DailyRoto 2019 Fantasy Guide 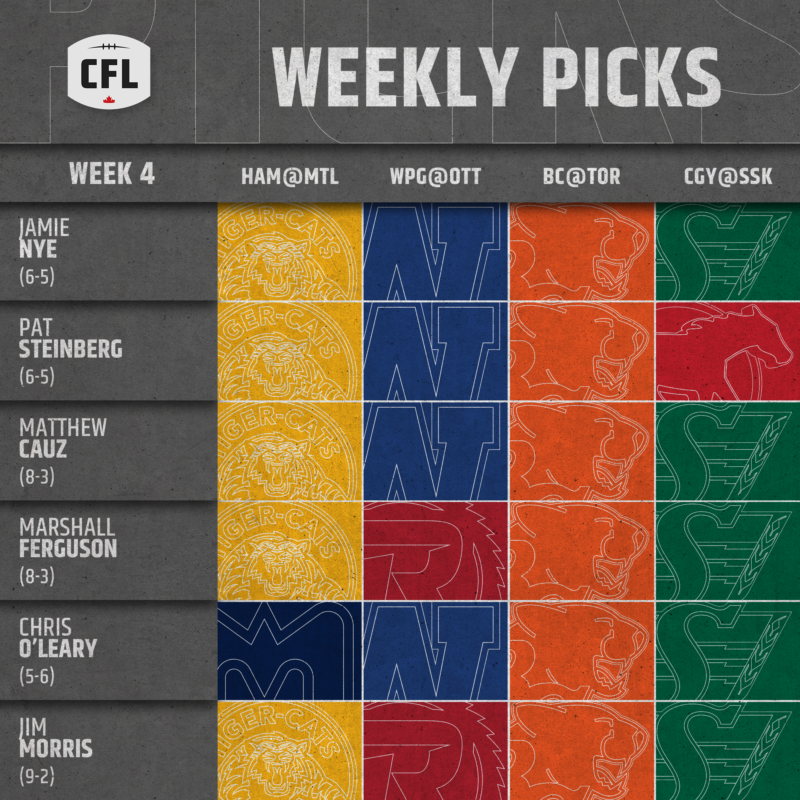 The Hamilton Tiger-Cats have had a roaring to start the 2019 campaign, winning their first three contests of the year. Jeremiah Masoli and his offence have been a factor but so too has the defence. The defence allowed just 41 points through the first three weeks of the season. Last week, they collected six sacks, three of those from off-season acquisition Ja’Gared Davis. Can they make it four straight against Montreal?

On the other side, the Alouettes have yet to nab a win on the season. Henoc Muamba was a presence in the Als loss last week against the Ticats, stopping the Tabbies from scoring on the goal line, and will hope to be a factor this week. Limiting Hamilton’s offence will be key to keeping their own offence on the field and giving Vernon Adams Jr. a chance to move the chains.

All eyes have been on Blue Bombers receiver Lucky Whitehead, who scored two touchdowns and totaled 155 yards in Winnipeg’s win over Edmonton last week. That win improved Winnipeg to 2-0 and they sit first in the West Division. With Andrew Harris, Darvin Adams, Chris Matthews and Nic Demski also at Matt Nichols‘ disposal, the Bombers have a high-powered offence that the REDBLACKS will need to try to contain.

The REDBLACKS are coming off a Week 3 bye and will be refreshed and ready. Led by quarterback Dominique Davis, Ottawa sits 2-0. Something has to give for one of these unbeaten teams this week in the nation’s capital.

Heading into the fourth week of the season, the BC Lions have yet to win a game. The Lions’ run game came alive last week, with John White getting involved in the offence out of the backfield. White had 14 carries for 64 yards and a touchdown and added nine catches for 87 yards and another score. That option helped Mike Reilly get more comfortable leading the Lions offence and they’ll look to continue that this week in Toronto.

The Argos, on the other hand, sputtered last week against the Saskatchewan Roughriders, falling to 0-2. It’ll be McLeod Bethel-Thompson under centre this week after starting quarterback James Franklin was injured in Regina. Can the Argos get their first win of the season in front of a home crowd?

Who will start for the Stampeders is still unknown, after Bo Levi Mitchell was injured in Week 3. It could be Nick Arbuckle, who led the Stamps to a come-from-behind win against the BC Lions last week, starting in the red and white. Arbuckle connected on all nine passes he threw for 93 yards and a major score in the win. Running back Don Jackson and receiver Juwan Brescacin are also out for the Stamps as the team’s depth will be tested.

The Riders, on the other hand, have themselves a hot quarterback in Cody Fajardo. Fajardo threw for a career-high 430 yards last week, dissecting the Argonauts secondary on the way to victory. Kyran Moore has become a favourite target after hauling in four passes for 127 yards and a touchdown. Can the Riders continue against an injury-riddled Stampeders club?