Start vs. Sit: Change is in the air in Week 4 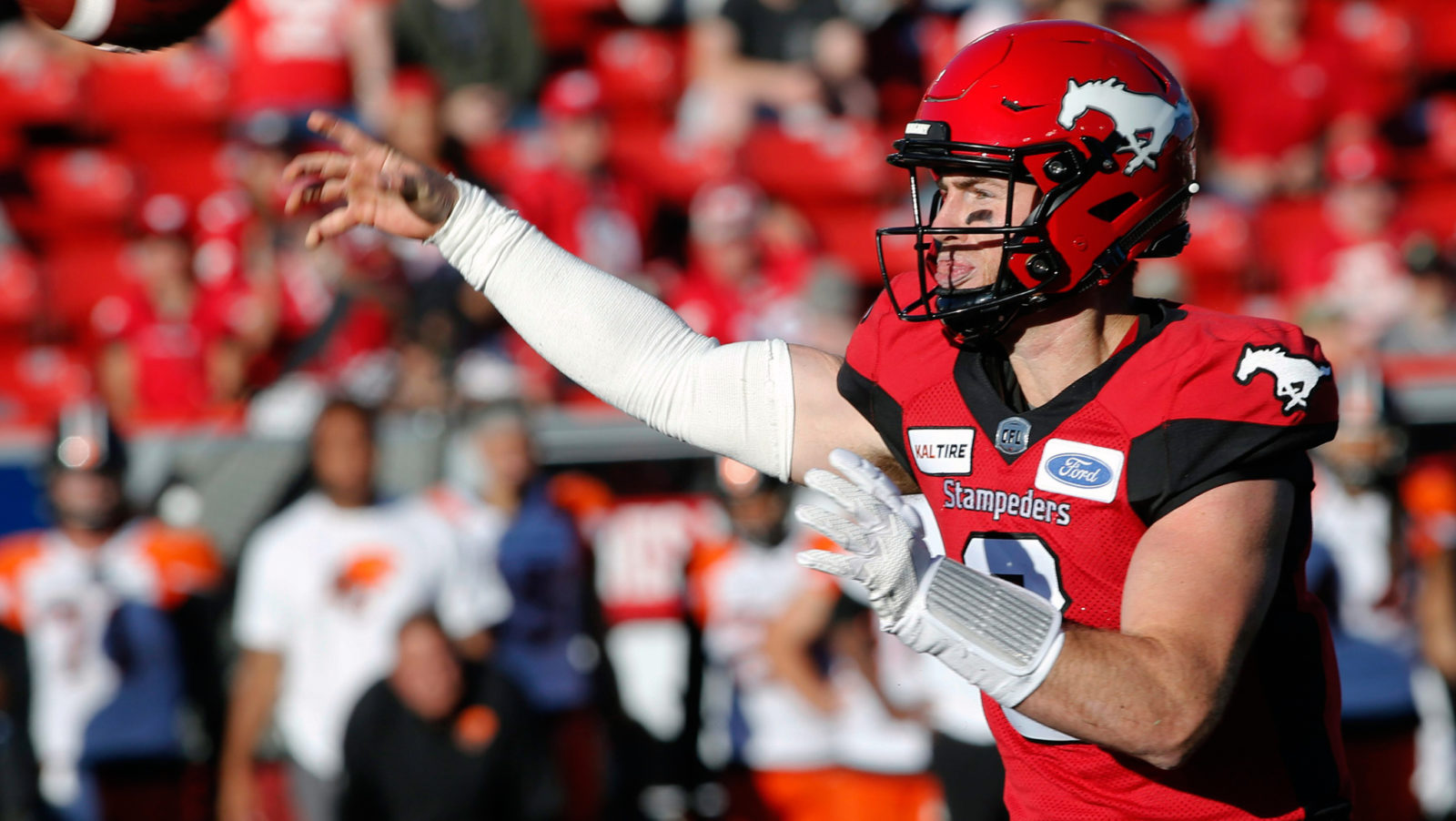 Start vs. Sit: Change is in the air in Week 4

Welcomed or not, change will be in the air for Week 4 of TSN CFL Fantasy presented by LeoVegas. Nowhere will that change be more evident than at quarterback, where the Stampeders could be forced into life without Bo while the Argos are missing James Franklin.

Problems at pivot will impact who starts and who sits in Week 4. As our friends to the south celebrate their independence, let’s discover who will cause fireworks while avoiding those who could make Fantasy rosters feel like a wet firecracker.

About the one thing that has gone right for the Als has been the resurgence of Cunningham, who comes into Week 4 ninth in both yardage (189) and receptions (15). He has thrived since Vernon Adams Jr. ($6,096) replaced Antonio Pipkin ($7,510) late in Week 1 while averaging nearly 20 Fantasy points per game. Much of the offence will continue to flow through running back William Stanback ($6,488), but with the Alouettes expected to play from behind, Cunningham will have no problem maintaining his 9.5 targets per game even against a Tiger-Cats pass defence that has allowed just 247 passing yards per game.

Pipkin’s injury in Week 1 has left Lewis as a forgotten man in the Montreal passing game. Lewis — who led the team in receiving yardage last season — has managed only three catches for 58 yards in his first two games. Lewis’ lack of production is further magnified considering the Alouettes have averaged a modest 70.5 plays from scrimmage thus far, and with Cunningham and Stanback accounting for 22 of the team’s 34 receptions, spreading the rest of the touches becomes a challenge. Lewis isn’t the Als’ only big-play threat who’s in need of attention; DeVier Posey ($6,033) has only five catches in his first two games with the team.

Adams was left with a “what about me?” feeling after not catching a pass in last week’s win over the Eskimos. That will change in a big way as Adams faces an Ottawa pass defence that has given up five completions of better than 30 yards. Torching the REDBLACKS is a specialty for Adams, who put up 58.4 Fantasy points against them in two games last season that included a 36.2 FP gem in Week 10. Ottawa’s second-ranked run defence (75.5 yards allowed per game) will look to contain Andrew Harris ($8,872) and the Winnipeg ground game in a bid to force Matt Nichols ($7,843) to pass frequently. Keep in mind that Adams is the type of receiver who can lift a Fantasy team’s numbers with only a handful of catches, so expect him to get a few downfield targets.

Running Madu isn’t a sound policy against a Blue Bombers run defence that allows just 52.5 yards per game. After rushing for 112 yards at Calgary in Week 1, Madu fell to 50 yards and a 3.6 yard average in the Week 2 victory over Saskatchewan. The one positive for Madu is his workload (47 combined touches from scrimmage), but Dominique Davis ($8,016) and his presence as a goal line runner will cut into Madu’s potential. 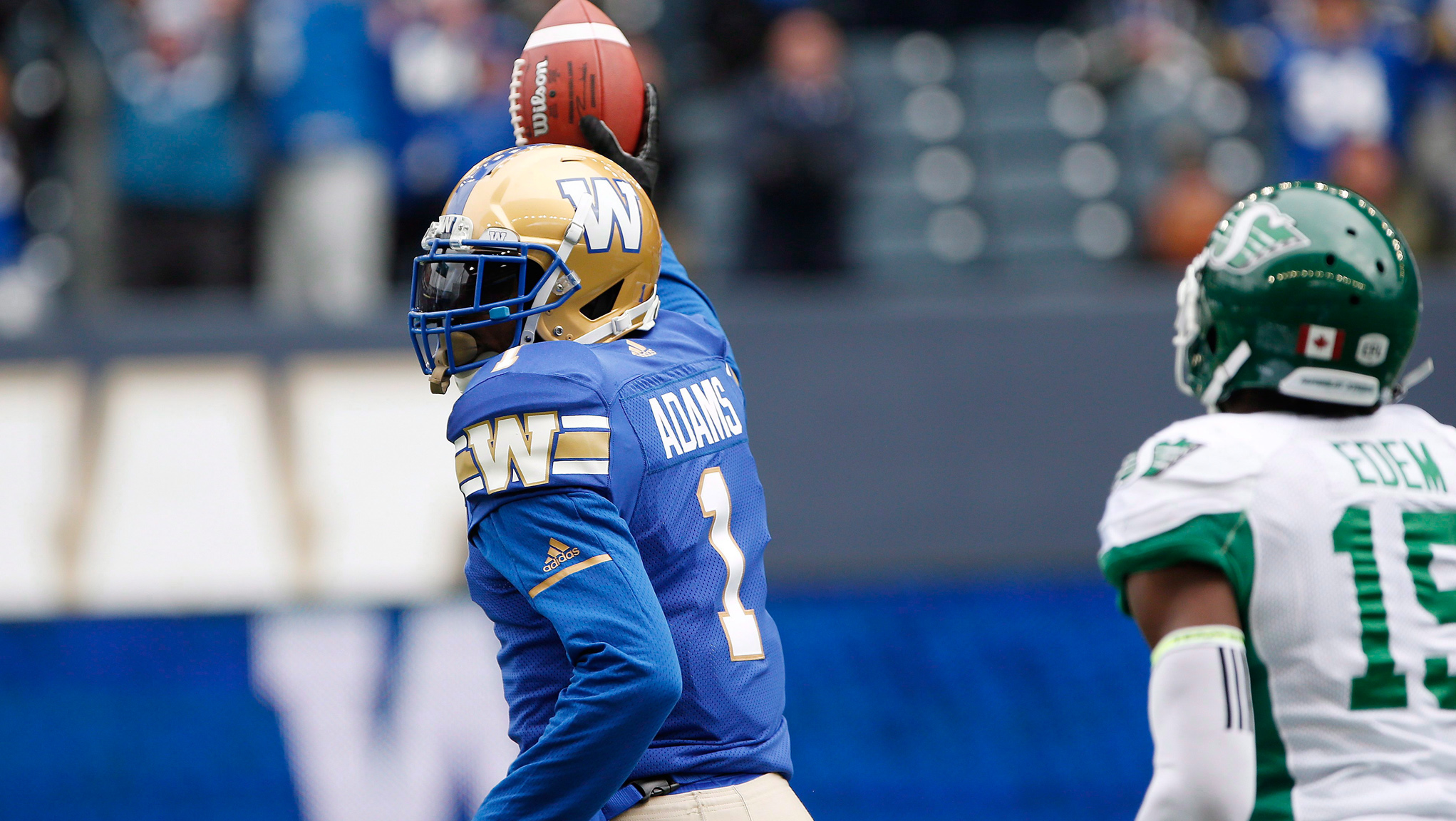 After a quiet Week 3, Bombers receiver Darvin Adams is a bounce back candidate (The Canadian Press)

Overlooked in Saturday’s heartbreaker at Calgary was the discovery of the Lions’ ground game. After being held to 28 yards on 14 carries the first two weeks, White rushed for 64 yards and a major on 14 carries and added nine catches for 87 yards and another score. His salary is a steal going against the reeling Argos defence that allows 126.5 yards per game and 5.2 yards per carry. White has firmly established himself as the featured back in the BC offence and now that the offensive line has found consistency, Saturday is a good time to let White set up Mike Reilly ($12,268) and the Lions passing attack.

Ouch. This is a painful suggestion, but with James Franklin ($7,261) managing only one touchdown drive in his first two games before being placed on the 6-game Injured List on Wednesday, putting faith in the Toronto passing game is not money well spent, Fantasy or otherwise. Green can easily explode here, yet has just eight catches for 88 yards, not surprising considering the Argos are averaging just 7.4 yards per pass. If there is one Toronto receiver to buy into, Fantasy users should consider Llevi Noel ($4,911), who has 13 catches for 102 yards and a major while averaging 14.6 Fantasy points per game. There still won’t be much hope for Green with the move of McLeod Bethel-Thompson ($5,249) into the starting lineup.

Suggesting a Riders receiver against the Stamps might have sounded strange at the start of the season, yet Moore has helped give the Saskatchewan passing game an unexpected spark with a combined nine catches for 244 yards and a touchdown over the past two weeks. Moore and the Roughriders will present a challenge for a Stampeders pass defence that remains the only unit yet to allow a completion of better than 30 yards. Although he has yet to record a punt return this season, there’s the potential of putting Moore in return mode offers the chance of more points for his Fantasy users.