There’s Some Kind Of Energy In Montreal

There’s Some Kind Of Energy In Montreal

The Montreal Alouettes launched their new branding in February of 2019 but on Thursday fans finally got to see those new uniforms in action at the Als home opener. Percival Molson Stadium was packed for the game and fans had the chance to try some of the new offerings at the stadium. Returning this year is the BBQ Terrance, a ticket that includes a plate chock-full of your favourite barbecue dishes. New this year – the Creole Poutine which I got a chance to create (and devour) for the TSN broadcast.

Also new last night…ALL the 2019 swag you could ever want with the fresh streamlined Alouettes logo. The team’s goal was to simplify the logo while also drawing on Montreal pride – note how instead of an A like the old logo, this new logo looks more like an M. They also took elements of a bird and an airplane in designing the logo. I was told they have several unique partnerships coming up in the near future with local designers, so Als fans should keep an eye out for even more threads.

It wasn’t just the new uniform and logo – the atmosphere at the stadium was electric. It was a loud, passionate, and absolutely packed and I think the Alouettes have something special this season in Montreal. The energy was pumping all night with incredible music but the excitement started early with the Als brand new bird cage. Yes, this is a human sized bird cage fit with enormous lock. I watched the players gather together to be released for player introductions and the anticipation got the crowd hyped. 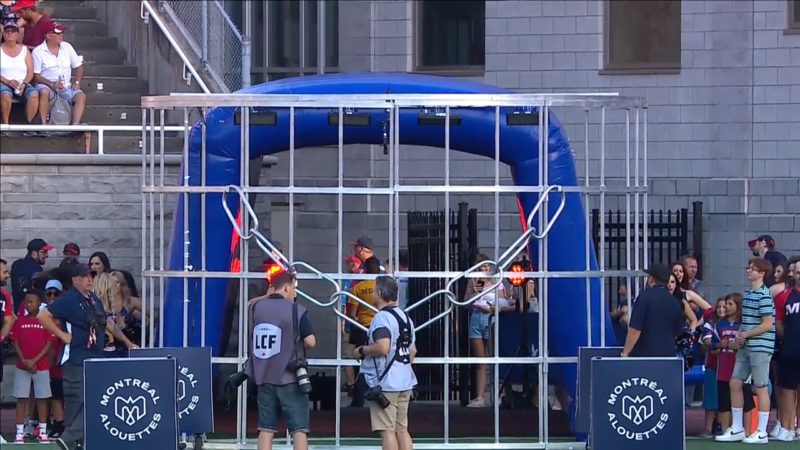 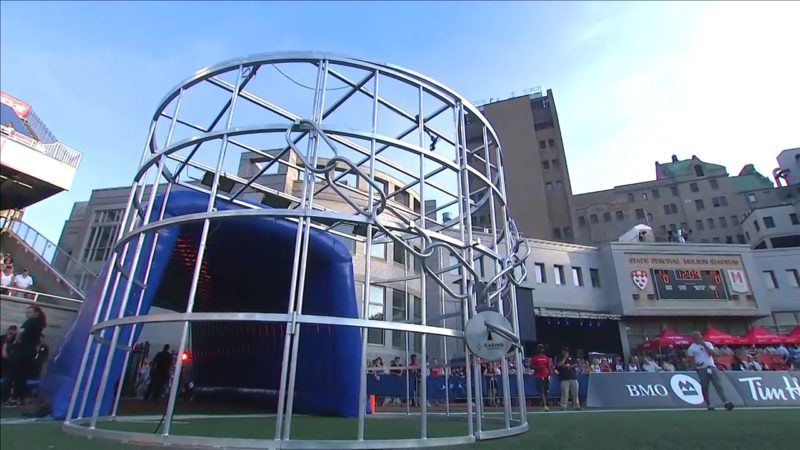 If you haven’t been out to an Als game in a while I would HIGHLY recommend you grab a ticket, grab a few buds and enjoy an incredible night. And don’t forget the poutine.