Quarterback Index: Is Nick Arbuckle ‘the next one’? 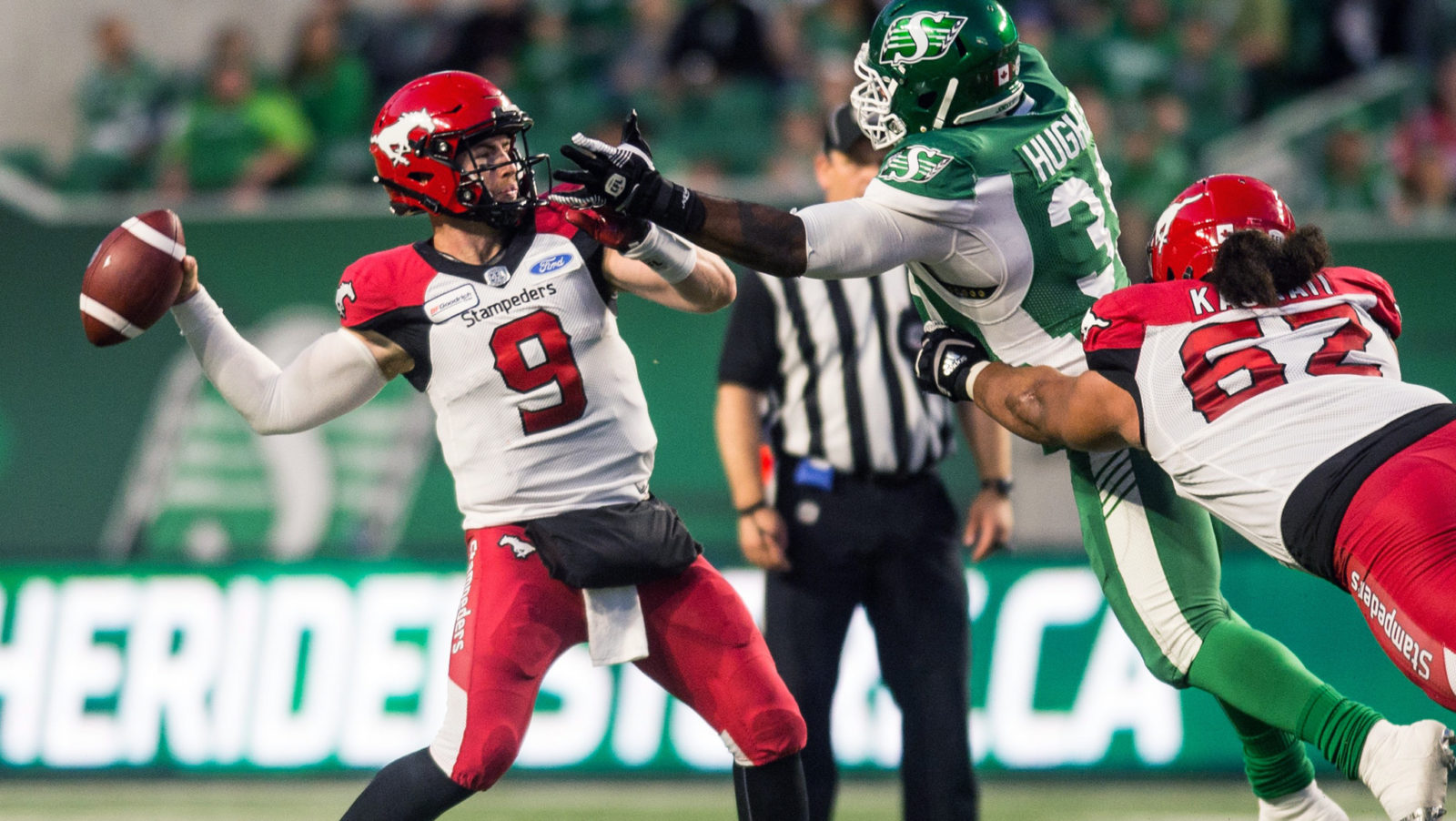 Quarterback Index: Is Nick Arbuckle ‘the next one’?

TORONTO — It’s been a tough month for the quarterbacks, with several of the league’s starters sidelined by injuries throughout the first four weeks of the season.

Four of the league’s backups started in Week 4, while Chris Streveler also saw action when Bombers pivot Matt Nichols had to leave in the second half.

Streveler, Nick Arbuckle, Cody Fajardo and Vernon Adams Jr. have all made the most of their opportunities so far, as young quarterbacks around the CFL try to prove their status as future stars in the three-down league. 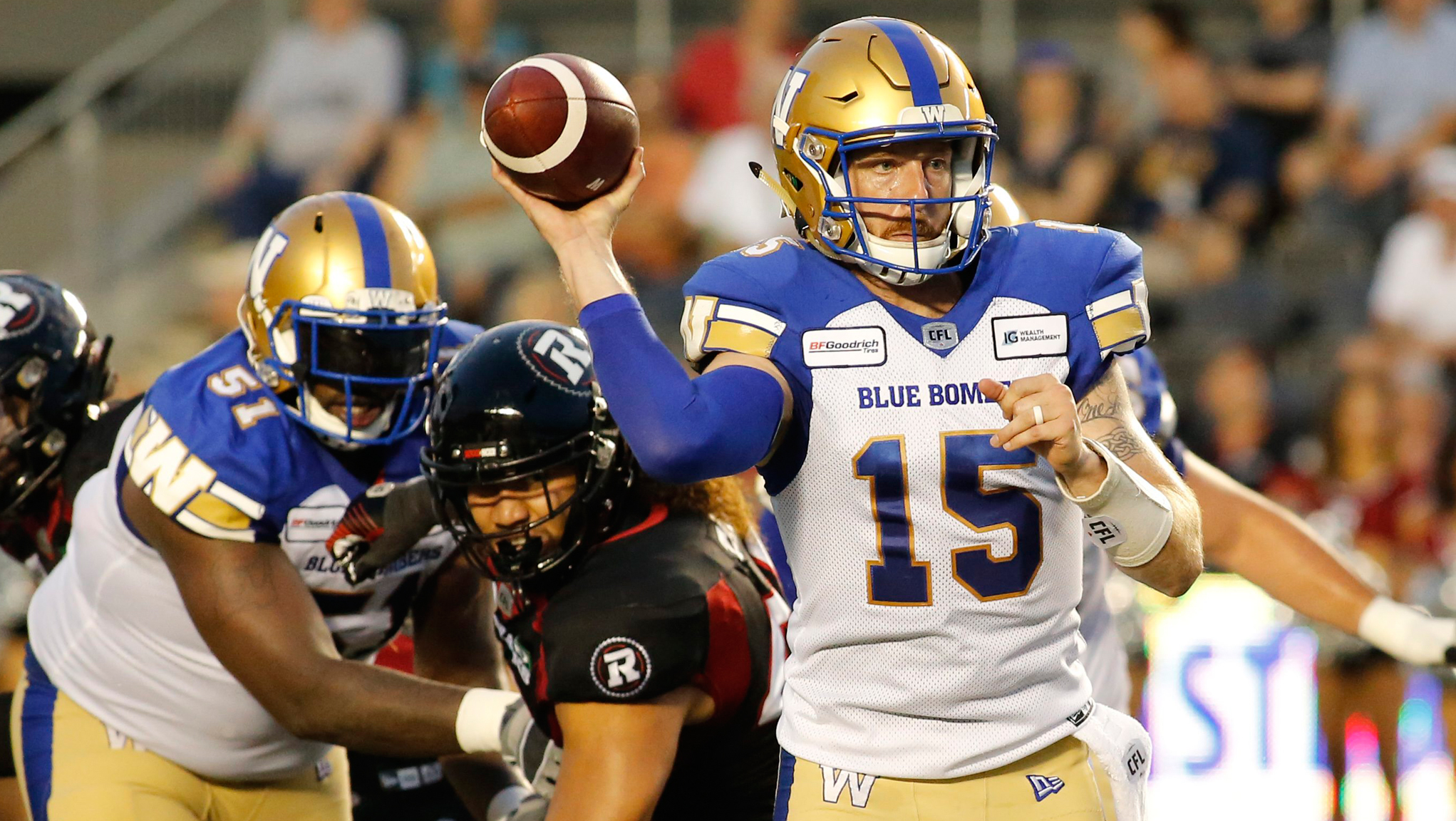 After back to back victories, is Arbuckle on track to become the next top quarterback prospect in the CFL?

Elsewhere, Mike Reilly picked up his first win of the season in a last-second win over the Argos, while Jeremiah Masoli threw for 400-plus yards for the second straight week in a losing effort.

Plus, has Adams locked down the starting quarterback job long-term in Montreal?

With Bo Levi Mitchell sidelined, Trevor Harris makes his debut as the No. 1 pivot in the QB Index — though he may have taken top spot anyway. Unlike his top competition, Harris has yet to win a Grey Cup or Most Outstanding Player, but with the start he’s off to that could easily change come November.

Despite finally getting a victory against the Argos on Saturday, Mike Reilly still doesn’t completely look like himself. He’s not getting much time in the pocket, while the absence of Bryan Burnham leaves a relatively thin receiving corps. Reilly’s 7.7 yards per attempt this season tell a pretty clear story thus far.

Matt Nichols is on pace for career numbers this year, throwing seven touchdown passes and just one interception while averaging 8.7 yards per attempt through three games. It appears he’ll be fine after leaving in Week 4 with an injury, though his status for Friday’s game vs. Toronto has yet to be confirmed.

Jeremiah Masoli can’t seem to crack the top three this year, where he resided throughout most of his breakout 2018 campaign. Masoli is proving that last year was no fluke, averaging 9.9 yards per attempt while coming off back to back 400-yard performances. Still, there’s another step to be taken, especially in the turnover department.

The sample size remains incredibly limited, but Nick Arbuckle is quickly emerging as one of the CFL’s most intriguing quarterback prospects. After the offence struggled under Bo Levi Mitchell, Arbuckle has engineered back to back wins for the Stamps, completing 90 per cent of his passes and averaging 11.5 yards per attempt. He has to cool off soon… right?

Dominique Davis was contained by the Bombers over the weekend, generating just 234 yards of offence and failing to find the end zone in the REDBLACKS’ first loss of the season. The 29-year-old has the tool kit, he just needs to bring it more consistently. Davis has thrown twice as many picks (6) as touchdowns (3) in his first full-time starting gig.

With Antonio Pipkin sidelined, Vernon Adams Jr. is making a strong case to become the Alouettes’ full-time starter. The 26-year-old has rushed for 114 yards and a touchdown in two games, while holding his own in the passing game with 7.7 yards per attempt, two touchdowns and two picks. More importantly, he helped the Als win their first game of 2019.

What goes up must come down, and Cody Fajardo fell back to earth quickly in Week 4. After totaling 790 yards in his first two career starts, Fajardo was held to 89 passing yards and threw two interceptions in a loss to the Stamps — typical ups and downs of a young quarterback, though the 27-year-old will try to avoid setbacks like this one moving forward.

McLeod Bethel-Thompson was effective in his first start of 2019, completing 25 of 33 passes for 303 yards. He was intercepted in the end zone in the first half, but he also led a late game-tying touchdown drive, including a two-point convert to S.J. Green. It seems the Argos have bigger issues than their quarterbacks.