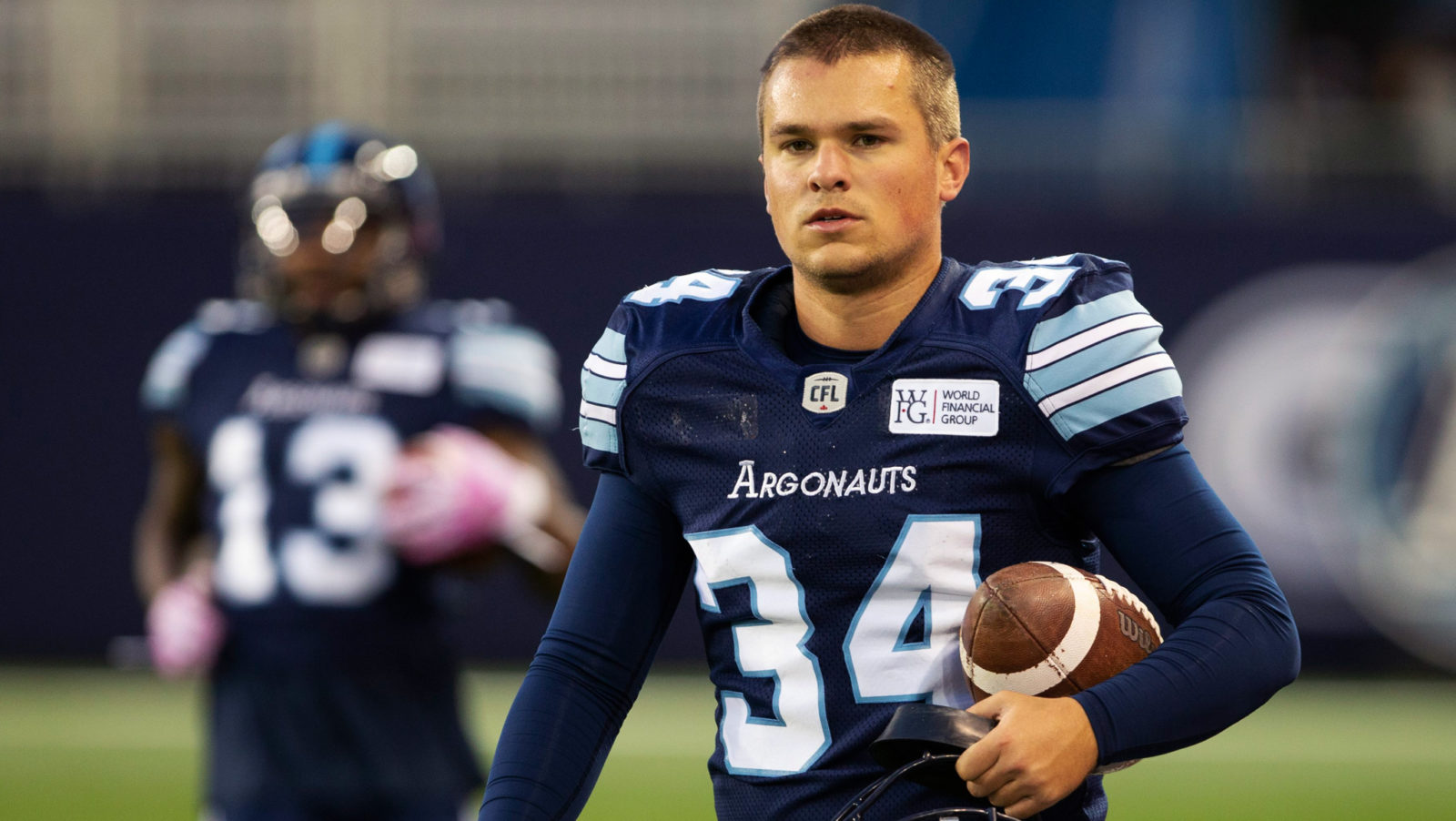 TORONTO — The Toronto Argonauts continue to tinker with their special teams as they seek consistency at the kicker spot.  The club released placekicker Drew Brown and re-signed Tyler Crapigna off the Montreal Alouettes practice roster.

Crapigna went to training camp with the Argonauts as part of a five-player battle for spots on the roster but was released before the regular season.

Crapigna has spent the majority of his career with the Saskatcheawn Roughriders after being dealt to the club in 2015.  Originally drafted by Calgary 40th overall, Crapigna was 76 for 88 in just over two seasons with the Riders before missing the 2018 campaign with an injury.

As for Brown, he was 5 for 5 in field goals in three games and had a miscue at the end of Toronto’s Week 3 matchup against BC when he was flagged for an illegal kickoff out of bounds.  The penalty gave the Lions field position at their own 45 and contributed to what became the winning scoring drive.