Berg vs. Ferg: Which ‘only in the CFL’ play was quirkier? 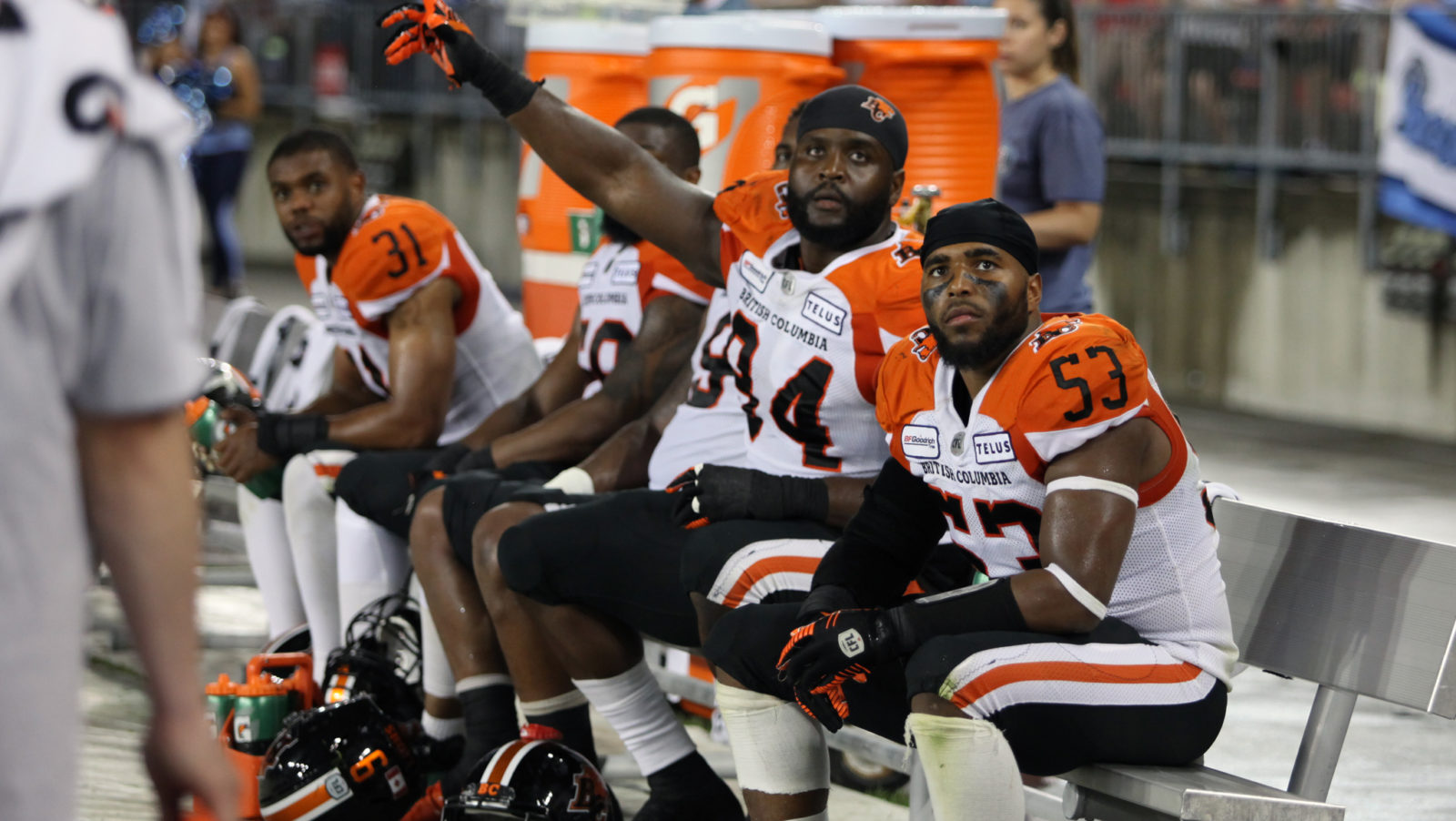 Berg vs. Ferg: Which ‘only in the CFL’ play was quirkier?

Berg vs. Ferg is back for 2019 as columnists Pat Steinberg and Marshall Ferguson debate over some of the league’s most contentious storylines. This week’s question: Which unique CFL play was quirkier, Justin Medlock‘s punt recovery or Sergio Castillo‘s game-winning rouge?

TORONTO — Only in the CFL.

We hear it often in the three-down game, but in Week 4 it reached new levels when two unique plays helped the Blue Bombers and Lions pick up critical late-game victories.

In Toronto, some fans may have been confused by the drama that ensued after Sergio Castillo missed a potential winning field goal on the game’s final play. With the score knotted up, Argos returner Chris Rainey needed to advance the ball out of the end zone, but his foot was out of bounds, conceding the single point and ultimately the football game.

For the Bombers, Justin Medlock is usually known for his consistency kicking footballs through the upright, something he’s done throughout nine CFL seasons. But after two uncharacteristic misses, his biggest play came on a punt, when he chased his own kick and knocked it out of bounds, giving Winnipeg possession at the Ottawa five.

From the size of the field and the time on the play clock to the pre-snap movement, there are plenty of intricacies that make the CFL game special. This week two unexpected examples played a significant role in the outcome of football games.

What was the quirkier, ‘only in the CFL’ play? Steinberg and Ferguson weigh in on the latest Berg vs. Ferg.

Special teams quirkiness ruled Week 4 in the CFL but no play was more unique than Justin Medlock’s mad dash downfield after sending a punt high into the Ottawa sky and somehow finding a way to track it down.

Think about all the elements of the play that had to come together for Winnipeg to regain possession of the ball, many of them uniquely Canadian.

Medlock had to hit the perfect lob shot. The ball had to kick perfectly to make returner Ryan Lankford hesitate, believing the ball might roll into the end zone before settling inside the five with no Winnipeg coverage men close enough to draw a no yards flag. Then, Medlock – the only onside player – legally came sliding in, attempting to gain possession before Lankford dove forward in a moment of fear and attempted to keep the ball away from Medlock before actually knocking it off Medlock’s knee and out of bounds.

That’s a wild set or circumstances that all combined to earn the Bombers an extra possession, and a chain of events that we likely won’t see again very soon. Two plays later the smart play of Medlock to chase his own kick led to a Chris Streveler sneak touchdown, essentially sealing the Bombers’ perfect record for another week.

Medlock combined skill, luck, and a distinct knowledge of the CFL rule book to steal Winnipeg a possession on a play that must have left new CFL fans twisting their neck to discover what they had just seen wasn’t just legal, but a perfect example of the uniqueness of Canadian football.

Is there anything more quintessentially Canadian than a game-winning rouge? It’s something we talk about and debate all the time in close games: does attempting to close things out with a single point make sense? We’ve seen it tried and fail many times, but the BC Lions put a different spin on it last week in Toronto.

With the score tied at 17 with three seconds on the clock, BC attempted a 42-yard field goal to win the game. Unlike unsuccessful single point attempts in the past, though, “failure” wasn’t a bad outcome for the Lions. Sure, Sergio Castillo was just barely wide on his kick, but he got enough distance to push Chris Rainey back far enough and force the Argos returner to step out of bounds. It was one of the quirkiest finishes I can remember.

Let’s give Castillo a little credit, too. The first year member of the Lions was a perfect 10-for-10 to start the season field goal kicking. Sure, his 11th attempt of the year snapped his perfect streak, but it also won his team the game. Castillo was well aware of the situation and made sure to get enough leg behind his kick just in case something went wrong. Castillo’s job was to win the game and he accomplished his goal; I’m sure he and his teammates will gladly take the miss on his 2019 docket.

The CFL gives us some of the best finishes in the sport thanks in large part to a unique set of rules. Whether it be a 20-second play-clock, no yards, pre-snap motion, or a punter chasing down his own kick, Canadian football allows for unpredictability at an unrivaled level. Seeing a game won on a missed field goal is as Canadian, and as quirky, as it gets.