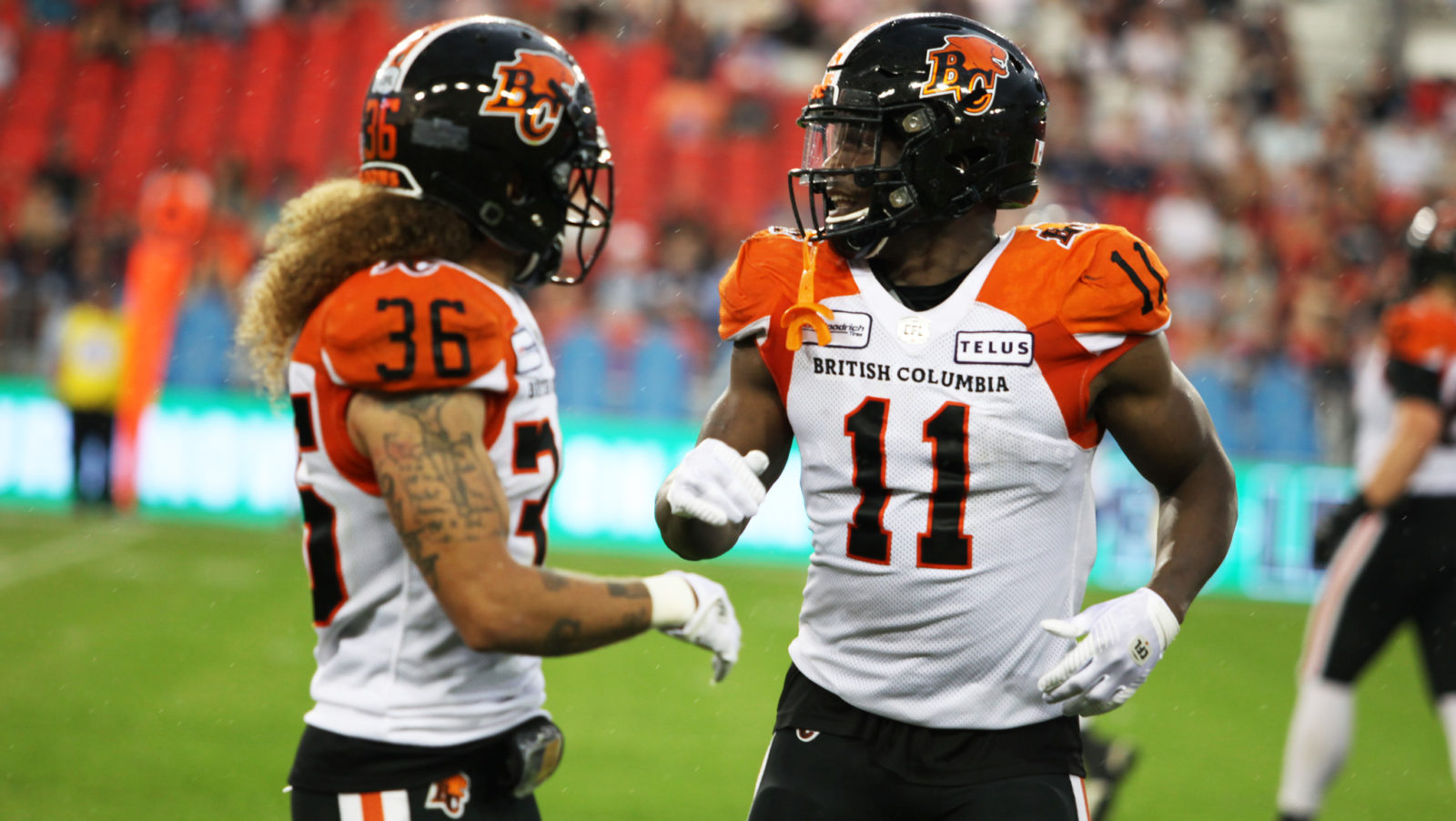 TORONTO — There’s one clear-cut favourite this week as Week 5 gets set to unfold on Thursday night.

The writers are all certain that the Winnipeg Blue Bombers will remain undefeated this weekend against the Toronto Argonauts.

Most are also confident that the Hamilton Tiger-Cats and Edmonton Eskimos will walk away victorious but they aren’t as sure who will win between the Montreal Alouettes and Ottawa REDBLACKS.

With all that in mind, the CFL.ca writers make their picks for Week 5. 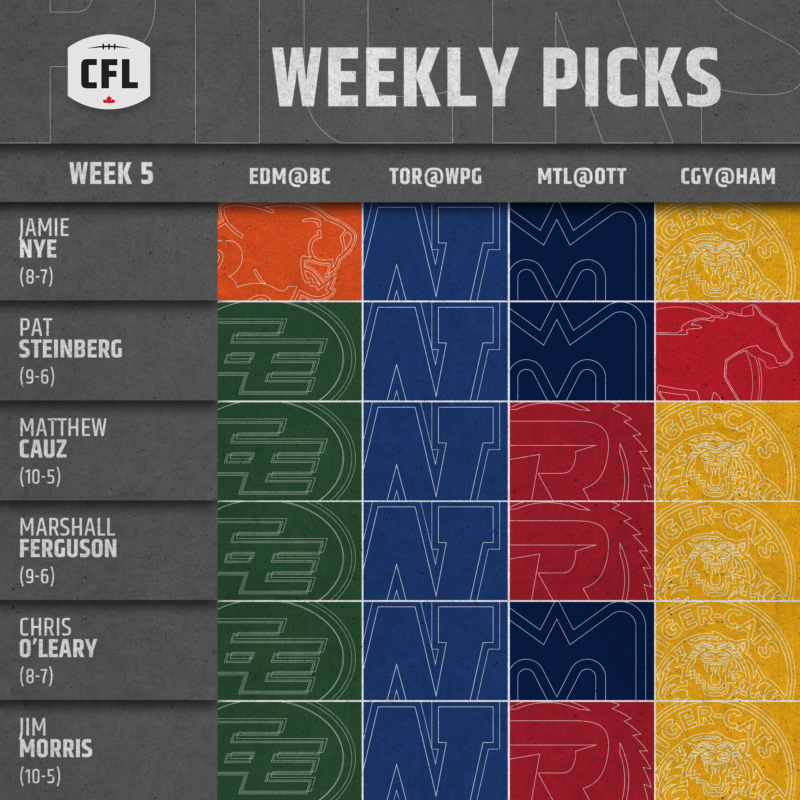 The BC Lions snuck out a win against the Toronto Argonauts last week on a last-second rouge. With their first victory of the season on their shoulders, Mike Reilly and co. should be confident as they get set to host the Eskimos.

Edmonton, on the other hand, are coming back from the bye week, ready to forget about their first loss of the season in Week 3. Trevor Harris and his offence will look to get back to their form from the first few weeks of the season, where they led the league in almost all offensive categories.

The Winnipeg Blue Bombers have proven they’re the best of the best in the CFL and remain undefeated at 3-0. Even with Matt Nichols going down with an injury last week, things were in good hands with backup QB Chris Streveler. Nichols should be good to go this week as the Bombers hope to improve to 4-0 on the young season.

Toronto, on the other hand, has yet to find the win column. They were close last week against the BC Lions, but close doesn’t cut it in the CFL. Corey Chamblin and his gang will hope that they can silence the crowd at IG Field early as they look for win number one.

The Montreal Alouettes are fresh off their first win of the season, thanks in part to a big performance from running back William Stanback. With Vernon Adams Jr. and Stanback both a threat to run, the Ottawa REDBLACKS front seven will be tested to contain the Als ground attack.

Dominique Davis and the REDBLACKS were handed their first loss of 2019 last week against the Winnipeg Blue Bombers and they’ll be looking to rebound against the Alouettes in Ottawa’s first divisional game of the season.

The Stampeders may have lost their starting quarterback but they haven’t lost a step, as Nick Arbuckle led the team to victory last week in Saskatchewan. Can Arbuckle do it again against the Hamilton Tiger-Cats?

For Hamilton, the beasts of the East were brought back down to Earth with a loss to the Alouettes last week. Head coach Orlondo Steinauer will be looking for his team to bring a better performance as they host the red-hot Stampeders this weekend.