3 storylines to watch during Bombers vs. Argonauts 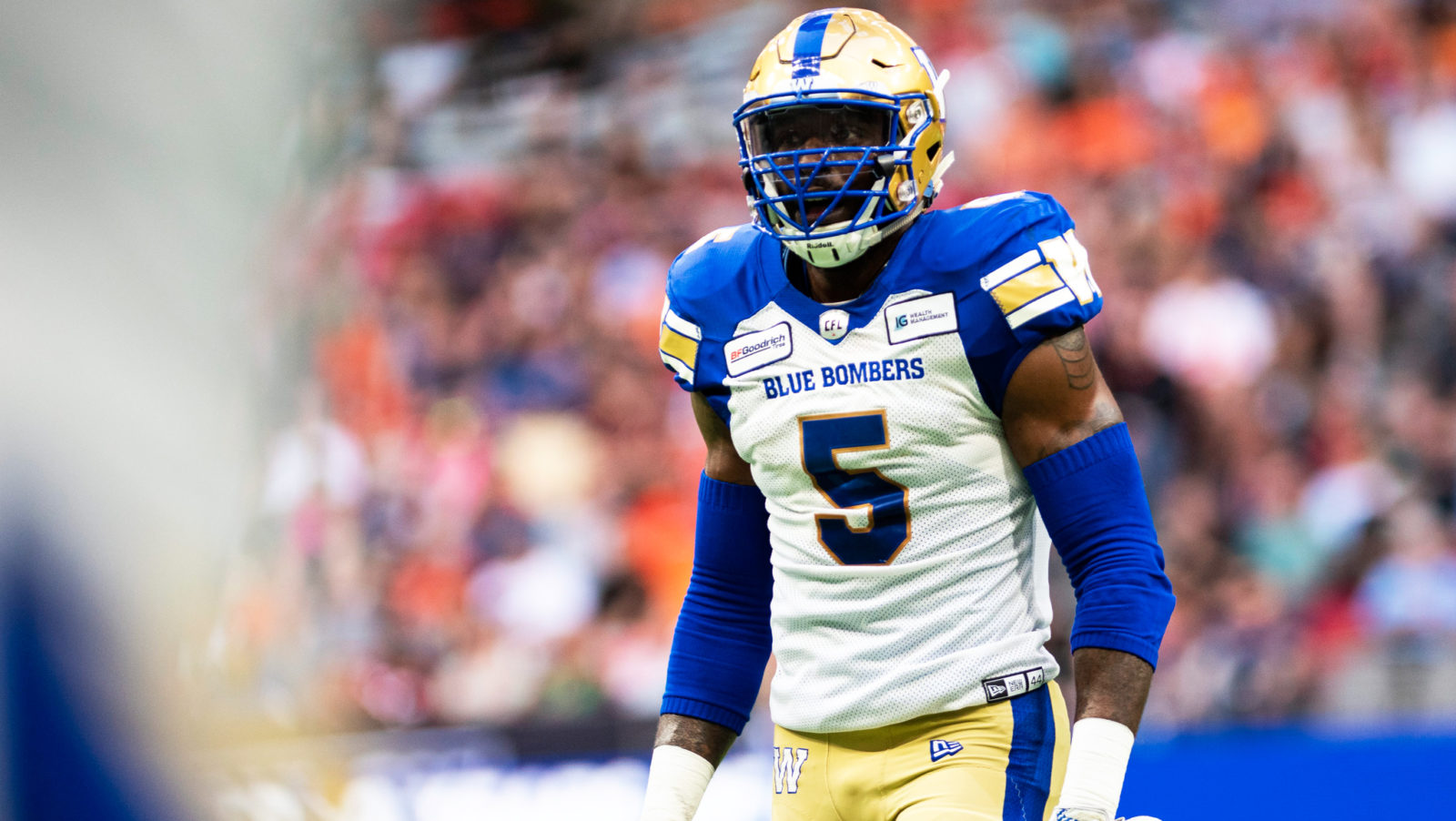 3 storylines to watch during Bombers vs. Argonauts

With the Winnipeg Blue Bombers getting set to host the Toronto Argonauts on Friday night, BlueBombers.com’s Ed Tait takes a look at three storylines to keep an eye on during the Week 5 matchup.

1. STOMP THAT FOOT DOWN, BOMBERS

The Bombers have an opportunity to open a season 4-0 for the first time since 2003 and the days of Dave Ritchie, Khari Jones, Milt Stegall, Doug Brown and Charles Roberts.

Of the nine previous times in club history it has opened 3-0, it has improved to 4-0 six times (1939, 1947, 1961, 1965, 1987, 2003). The concern here, of course, is that in facing a winless Argos squad the Bombers might somehow take their foot off the gas pedal. The Bombers insisted Wednesday that won’t be the case and that was a common refrain from everyone in blue and gold.

“To us, records really don’t talk that loud until the end of the year and it’s time for playoffs,” said slotback Nic Demski. “We’re going to go in with the mentality that we need this win just as badly as they do.

“If we just play our football and focus on us, we’ll be alright. Obviously, we’ve done our homework on where to attack them, but if you focus on the other team too much or something like your own personal goals then you’ve already lost that week. Pay attention to your details and what we need to do.” 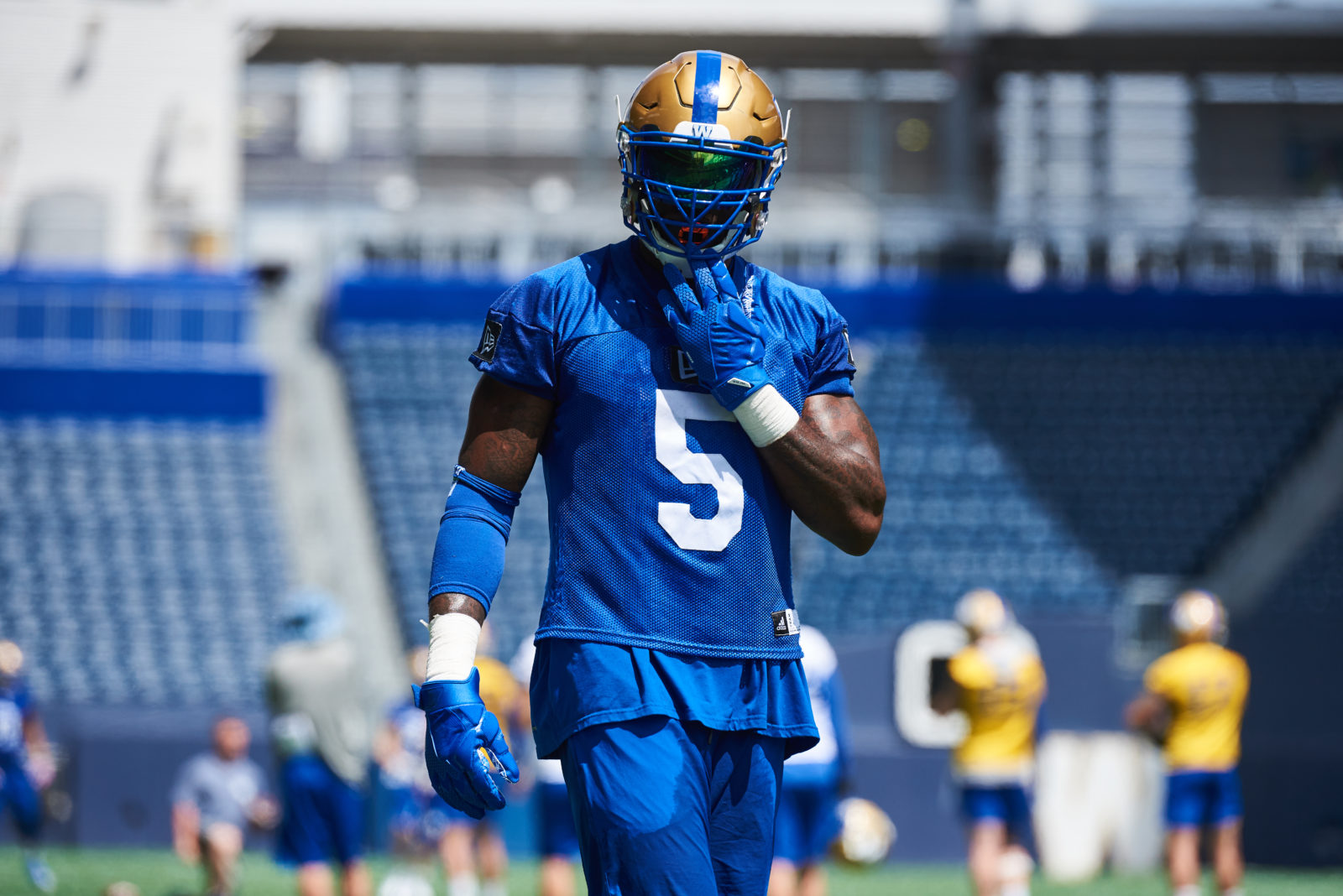 Willie Jefferson has collected two defensive tackles and a sack so far in 2019 (BlueBombers.com)

The Bombers defence emerged in the second half of last season as a real CFL force, and despite a number of personnel changes this winter, is again morphing into a power.

Just to repeat some juicy stats that have been shared this week:

“Honestly, I don’t think we really notice those numbers until after the game when we break down the scores,” said cornerback Chandler Fenner. “For us, it really is about taking things one play at a time, one series at a time and winning the game. Winning the game, obviously, is the focus.”

3. AN OFFENSIVE BALANCE AND THE MEN UP FRONT

Remember at the close of training camp and as the curtain lifted on the season when everyone across the CFL had circled the middle of the Bombers offensive line and pegged it a question mark?

The club has two dominant tackles in Stanley Bryant and Jermarcus Hardrick, but one of the narratives leading into the season was how the interior of the line – with Pat Neufeld injured and the untested Cody Speller, Geoff Gray at guard and Michael Couture at centre – was a massive concern.

Funny how those rumblings have now quieted to just a murmur.

Munch on these numbers:

“We’re proud of what’ve done so far,” said right guard Geoff Gray. “Obviously there’s still room to grow and there’s stuff we’re still learning. We’ve taken steps in each game and I think that’s all you can really ask for from our group.

“Our O-line and D-line have a reputation they’ve built and we wanted to uphold that. Every group is different, but it’s definitely helped us when you practice against our D-line every day.”

“They’re still young and learning as they go,” added Andrew Harris of the new faces in the middle of the O-line. “But the biggest thing I’ve liked is their aggressiveness and attitude. When you’re in the trenches like that you need to have guys who are – you don’t want to call them bullies – but they’re aggressive. It’s a mindset about firing off the ball and getting leverage and creating lanes.”