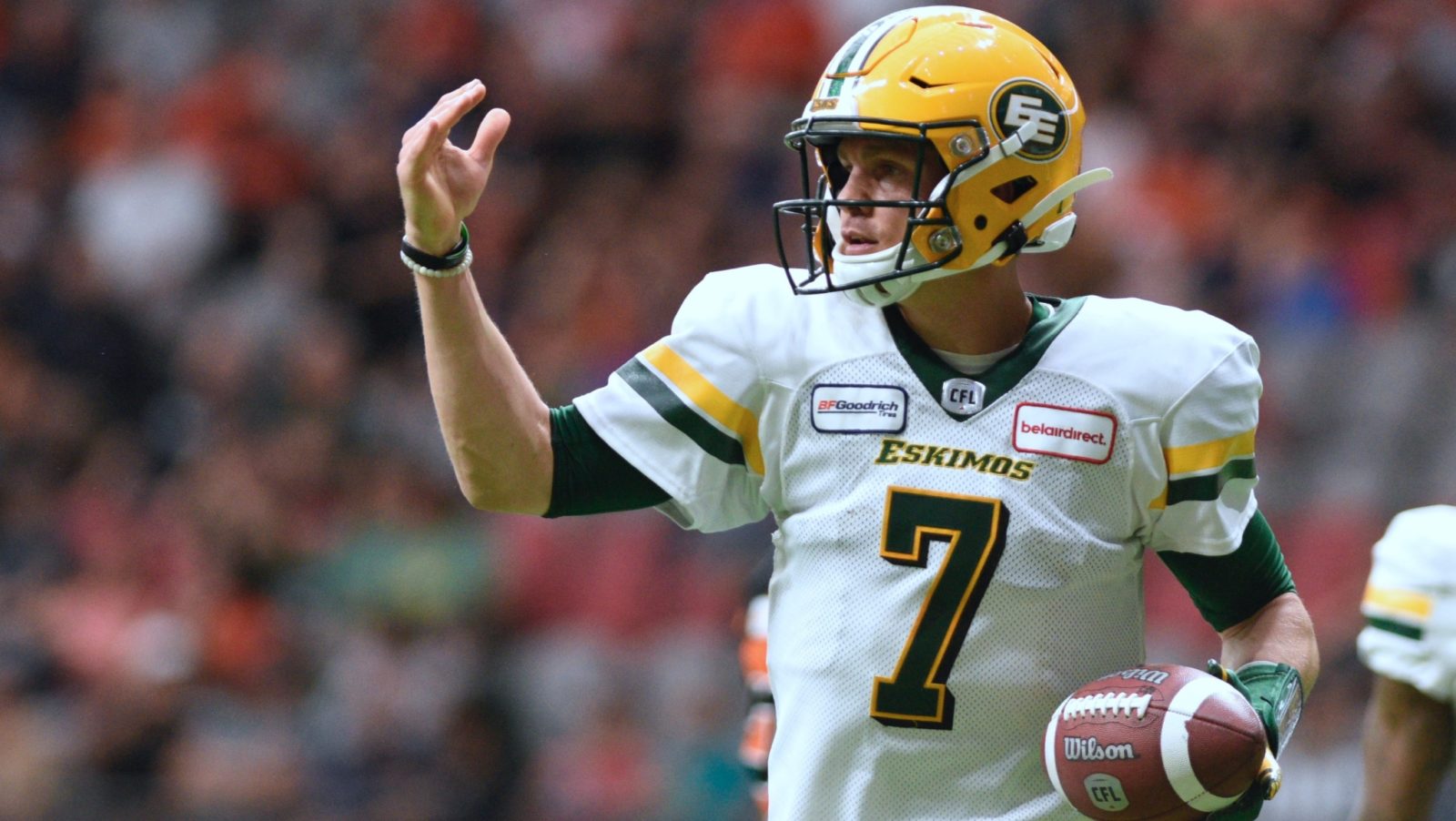 After plunging in for the Eskimos first major of the day, Trevor Harris and the Edmonton offence had a tough-go in sustaining drives for much of the first half.

Luckily for them, as did Mike Reilly and the Lions.

But the difference between the two was that the Green and Gold were able to come out in the second half with the pedal to the metal, all while their defence contained the Lions the other way. The Eskimos went on to take the 33-6 victory, taking claim to the season series having defeated BC back in Week 2 as well.

After just tallying 122 yards in total offence in the first half, Harris and the offence hit the ground running for the last 30 minutes of the game and finished with 353 total yards. 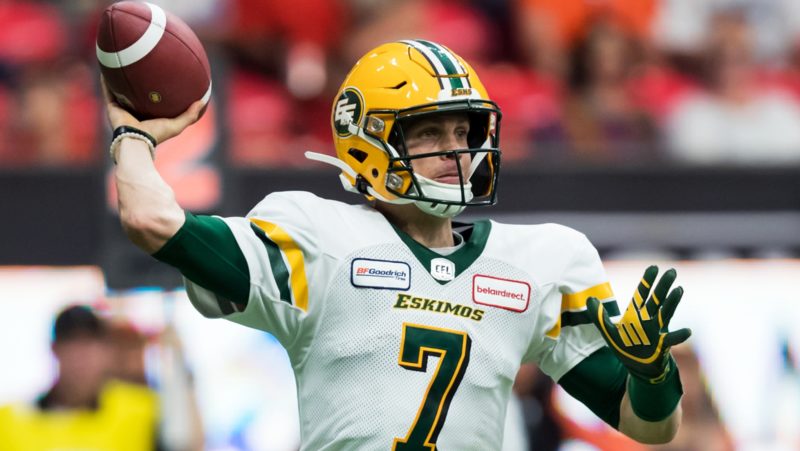 After a quick two-and-out by the Lions offence, Harris connected with DaVaris Daniels for another touchdown pass. It would be Daniels first touchdown of the season in what would be his first game with the Eskimos due to injury since being picked up by Edmonton in free agency.

“Those guys are going to flash every week, it’s just a matter of who’s it going to be,” said Harris following the victory. “It’s going to be random. A box of chocolates, you don’t know who it’s going to be. We’re just excited about the group that we have.”

In Thursday’s victory, Harris completed 22 of his 28 pass attempts and throwing for 276 yards and two touchdowns.

Harris has gone four games without throwing an interception this year, and to add to that, the Eskimos have four receivers with 200 or more receiving yards.

“We’re far from a finished product, and that’s the scary thing to me is where we’re at right now and where we can be toward the end of the year,” Harris added.

Harris says the culture in Edmonton has made it easy to transition to his new club after spending the last three seasons with the Ottawa REDBLACKS.

“It all just starts with culture; believing in each other, putting our arms around one another. I like us.”

Harris and the Eskimos will be back in action next Saturday for their Week 6 matchup against the Montreal Alouettes.