Bombers show they can win in variety of ways 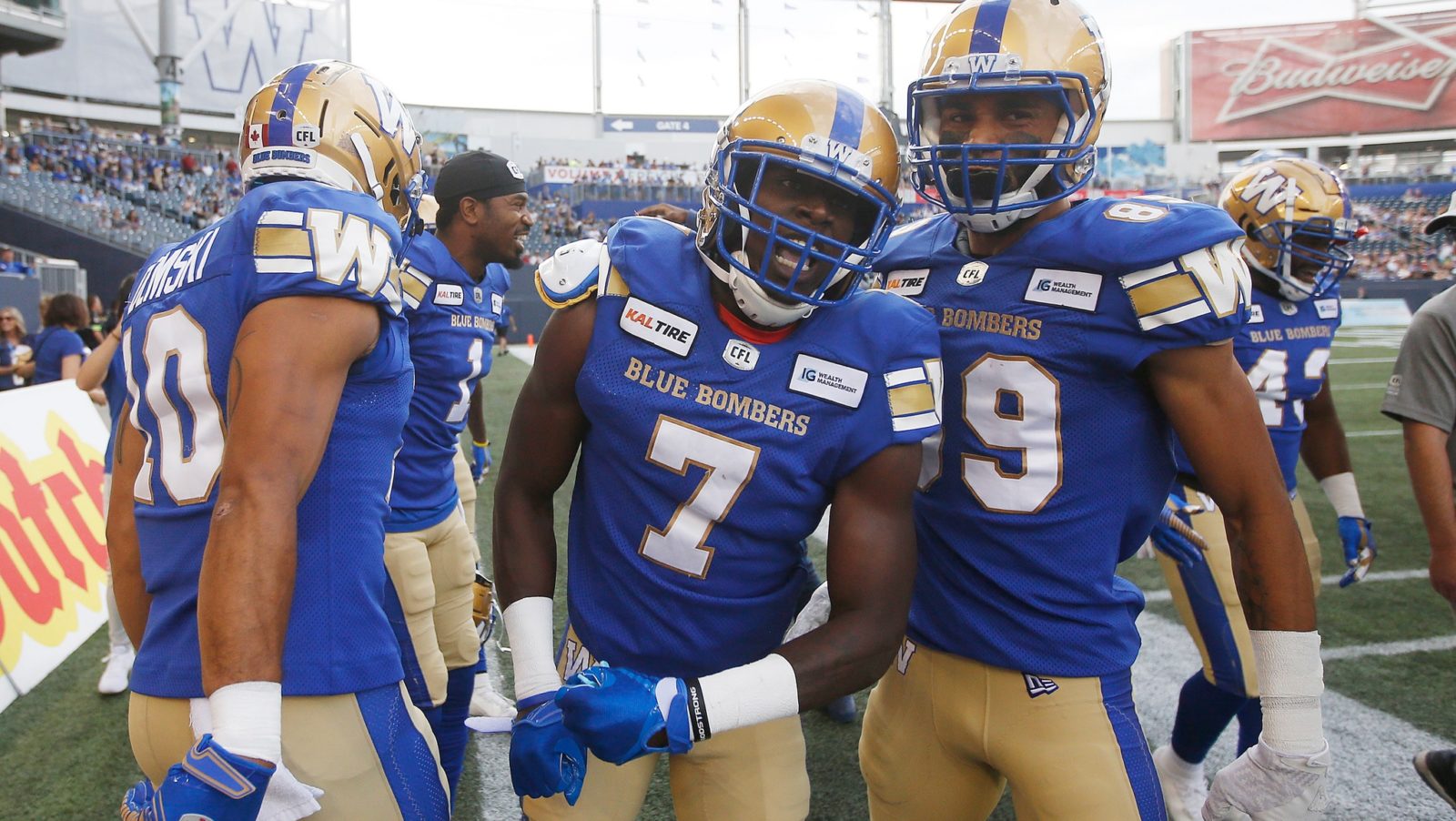 Bombers show they can win in variety of ways

WINNIPEG — The Winnipeg Blue Bombers defeated the Toronto Argonauts 48-21 in Week 5 to remain undefeated and win their fourth game of the season, but it was the way the team won that was so impressive. With 350 combined return yards and five defensive turnovers to go along with three passing touchdowns and 189 rushing yards, the Bombers have proven that they can dominate in every phase of the game.

“Our special teams came out of the gate and gave us as an offence confidence,” quarterback Matt Nichols said after the game. “It was just a good team win.”

Lucky Whitehead got things started in a big way right off the bat with an 104-yard return touchdown on the opening kickoff, and Winnipeg never looked back after that. The speedy receiver and return specialist finished the game with 135 kickoff return yards, while Charles Nelson chipped in 82 kickoff return yards and 126 punt return yards.

“It ignites the stadium and the team, and as you see we just fed off of that energy,” Whitehead said.

Nichols built on the early momentum by throwing multiple strikes with pinpoint accuracy down the field. The Bombers’ quarterback has now thrown for ten touchdowns to just one interception on the season, and it was the deep passes that made the difference in the Week 5 victory. Nichols threw a perfect 38-yard touchdown pass to Darvin Adams and a 67-yard touchdown pass to Nic Demski to extend Winnipeg’s lead in the first half.

A major milestone from Friday night’s win belonged to running back Andrew Harris, as the veteran surpassed 8,000 career rushing yards while going over 100 yards in the win. Harris also added a four-yard receiving touchdown.

“It’s been a good journey, and I’m definitely not done yet,” Harris said. “There’s been a lot of great o-lineman and fullbacks and receivers and quarterbacks that I played with that helped me get to that point. It’s definitely something I’ll take a lot of pride in. You know, thinking about when I first started in this league, I never thought that I would be at this point now.”

The undefeated Winnipeg Blue Bombers will look to keep it going in all phases when they host the Ottawa REDBLACKS next Friday night in Week 6 action.