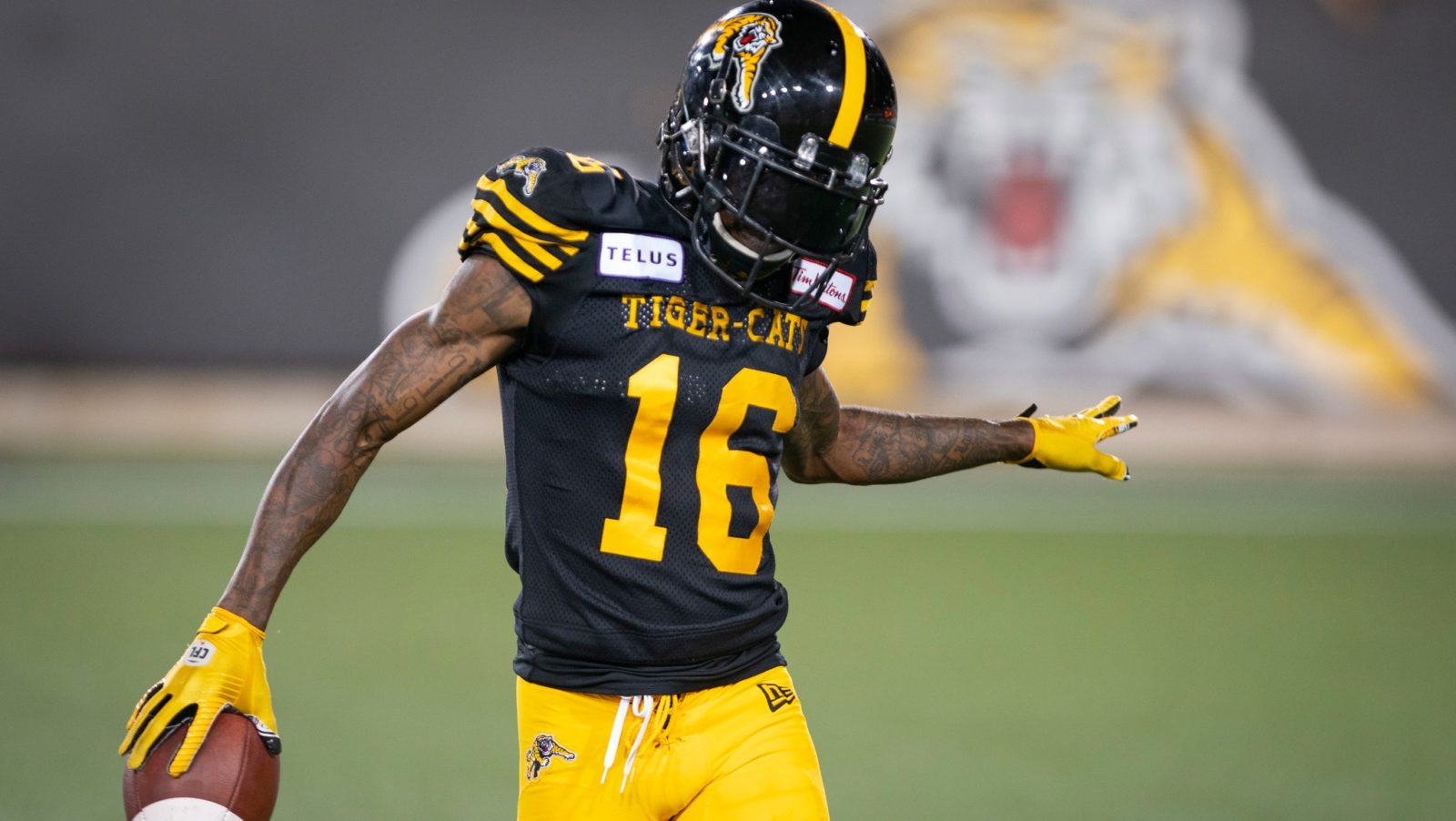 HAMILTON — Outstanding special teams play and a big performance from Brandon Banks helped propel the Hamilton Tiger-Cats past the Calgary Stampeders in Week 5.

The dynamic receiver and return specialist scored three of the Ticats’ four touchdowns in the 30-23 win, and he is now up to a league-leading 506 receiving yards and three touchdowns on 36 catches so far this season.

“You want to get it to Speedy,” Jeremiah Masoli said after the win. “A couple teams now have done stuff to actually try to take him away exclusively, which is fine, I mean we have playmakers all over the place, but he’s still going to get his regardless. He’s going to get open someway, somehow.”

“I’m just proud of him because he works hard,” Ticats head coach Orlondo Steinauer said. “This isn’t something that’s just handed to him.”

Banks was instrumental in helping the Ticats overcome an early 14 point deficit to earn their fourth win of the season. The game was tied for much of the night, and it wasn’t until the final minutes of the fourth quarter that Hamilton pulled away as a result of Banks’ third touchdown. It was Banks’ highlight-reel scoring plays that ultimately made the difference in a very tough matchup against Calgary.

The 4-1 Hamilton Tiger-Cats will get time off before they face the undefeated Winnipeg Blue Bombers in Week 7 on July 26.