O’Leary: Speedy B one of the best, most dynamic to ever play 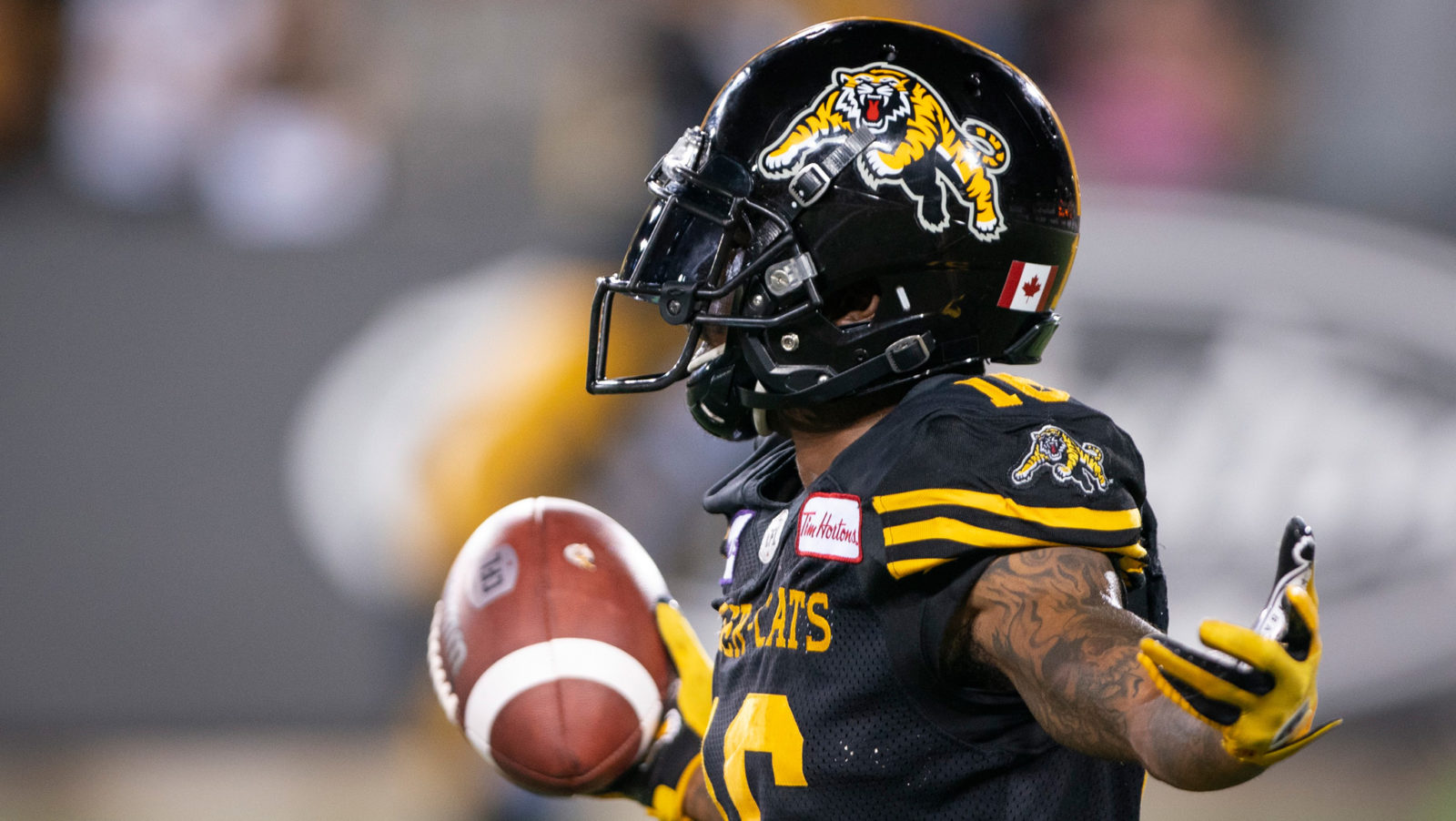 O’Leary: Speedy B one of the best, most dynamic to ever play

Orlondo Steinauer’s rookie year in the CFL was spent with the Ottawa Rough Riders in 1996. The team missed the playoffs and folded but through that first season, he started to see greatness. Doug Flutie won his first of two consecutive MOP awards that year.

Steinauer was a Hamilton Tiger-Cat from 1997 to 2000. Flutie, Mike Pringle, Danny McMannus and Dave Dickenson all won the award in those years. Through a career that went through the 2008 season, Steinauer played with and against a generation of all-time greats in the league. Milt Stegall. Anthony Calvillo. Ricky Ray. Damon Allen. Geroy Simon. Henry Burris.

The list could go on and on. He hinted at that on Saturday night.

Now the head coach of a Hamilton Tiger-Cats team that’s off to its best start in 21 years, Steinauer was conscious of not leaving anyone off the list that he was trying to put the backbone of his team on.

“I don’t want to discount anybody that I never played with or people that came before. I can just speak of the time I’ve been in the league and the time I’ve coached, so around 20 years or so,” Steinauer said, looking back.

Then he came back to the present and thought about Brandon ‘Speedy’ Banks.

Seven years in, we know what Speedy Banks can do and still, hardly anyone can stop him.

The Ticats wouldn’t be 4-1 going into their first bye week of the season without Banks, certainly not after what he gave them in Saturday’s win over Calgary. He’s had bigger statistical nights: he made nine catches for 86 yards and two touchdowns (one the game-winner) and broke off a 115-yard touchdown run on a missed field goal in the second quarter. It was the second missed field goal return TD of this season and the fifth of his career. That’s a CFL record.

“There were other dynamic players,” Steinauer continued, mentioning Bashir Levingston, who held the record before Banks caught that miss on Saturday and started running.

“(Levingston) was dynamic. Speedy…I don’t want to discredit anybody that I might be leaving off of that list, but he’s unique. And he proves it time and time again. I don’t have a ranking for him except (to say) he will be talked about. He deserves to be talked about as one of the best.”

We often take what we have around us for granted and with Banks, it’s easy to see the speed, to see the sure hands and a body — he’s listed at five-foot-seven and 150 pounds — that shouldn’t be able to take the punishment it does to make those kinds of plays and forget just how remarkable he is.

“You want to get it to Speedy,” his quarterback, Jeremiah Masoli said.

“A couple of teams now have done stuff to actually try to take him away exclusively, which is fine, we have playmakers all over the place. But he’s still going to get his, regardless. He’s going to get open someway, somehow.”

Injury cut his season and the Ticats’ Grey Cup hopes short last year. Before he was hurt, the Ticats looked like contenders and Banks deserved to be in the MOP conversation. He’s picked up where he left off last year, leading the league in receiving yards with 506. He’s on pace for an 1,821 yards.

Since it was first handed out in 1953, only eight receivers have ever won the MOP award. Banks would have to put up gargantuan numbers to get serious consideration for it but when he’s healthy he’s lethal and as we near the one-third mark of the season, he’s the best player on the top team in the East and the second-best team in the league.

Behind Banks’ huge performance on Saturday, the Ticats got their first win over the Stamps in 11 years. It’s nights like this one that will turn heads and make people take notice. There are still 16 weeks left of regular-season play in front of us. The Ticats have greatness in Banks. Maybe this is the year that we see how far that greatness can take them.