The Weekly Say: Is there any quick fix for the Lions? 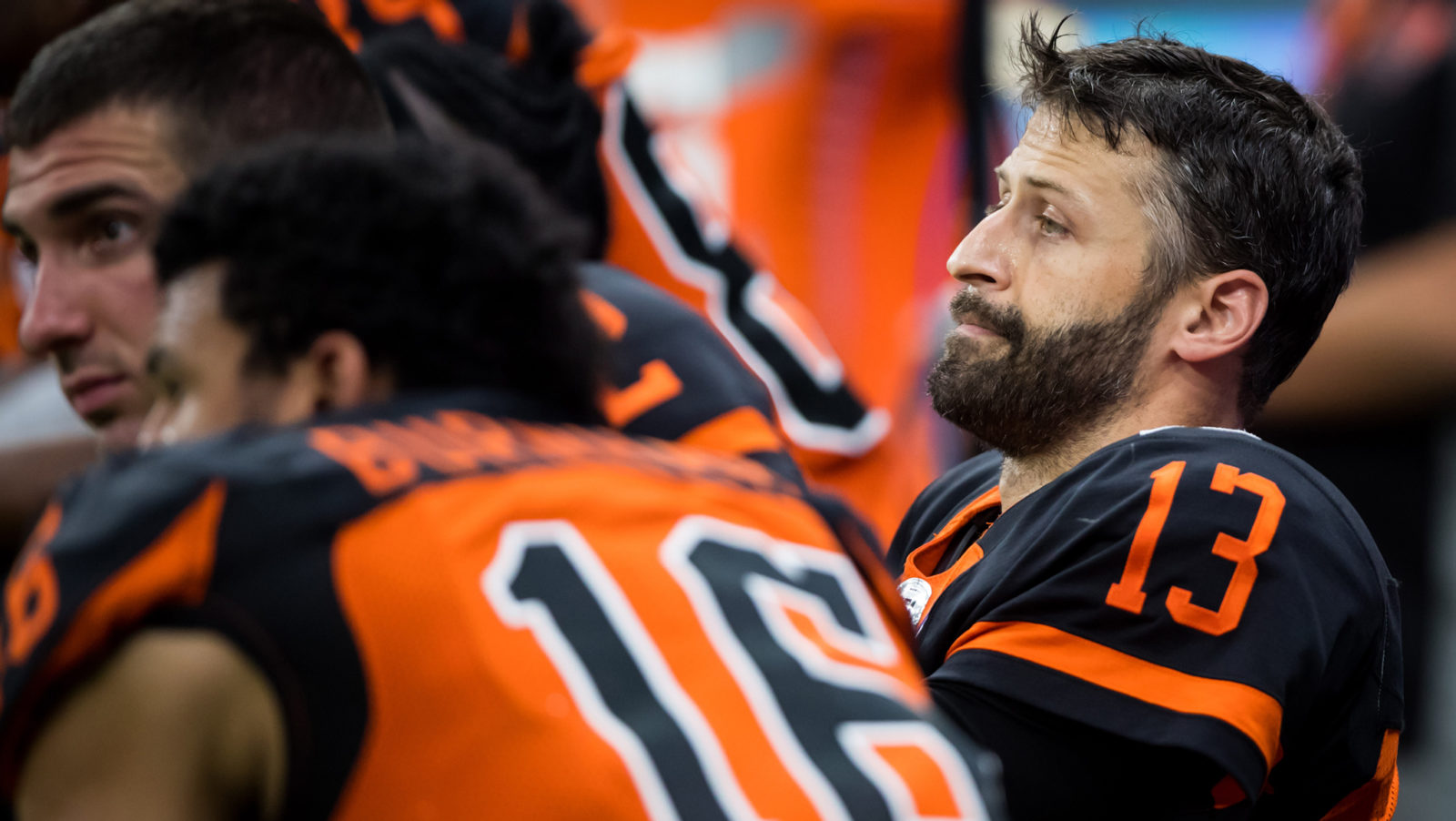 The Weekly Say: Is there any quick fix for the Lions?

TORONTO — The BC Lions are reaching a critical point in their season.

A home and home against the Saskatchewan Roughriders will either create more separation from the rest of the division, or draw the Lions right back in the playoff race following a 1-4 start to the season.

After a promising off-season, not much much has gone according to plan on the west coast.

On offence the Lions rank last in the CFL with 305 yards per game, while Mike Reilly has been sacked a league-worst 17 times. Reilly has been afforded very little time to find his highly-touted trio of targets consisting of Duron Carter, Bryan Burnham and Lemar Durant.

Defensively, as that unit continues to try and acclimate under DeVone Claybrooks and Rich Stubler, they’ve given up a league-worst 12 passing touchdown and generated only five turnovers.

Coming off a 33-6 defeat at the hands of the Eskimos on home field, the Lions have reached a low point in 2019. What’s it going to take for them to get back on track?

More in The Weekly Say:

What’s your ‘quick-fix’ solution for the BC Lions? 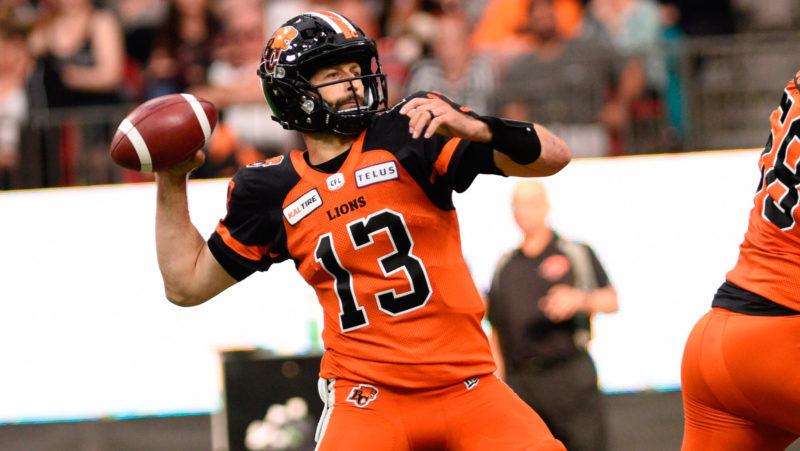 Donnovan Bennett: Get a time machine and bring back Manny Arceneaux and Solomon Elimimian. I would say revert to three step drops to protect their highly paid QB but they’ve already done that and it still hasn’t seemed to help them protect against basic four man pressures.

Jamie Nye: You need to adjust your offence to get the ball out of Mike Reilly‘s hand quicker. The O-line is struggling. More screens, hitches, draws, crossing routes. Take the deep shot every once in a while but you can’t have Reilly standing back there waiting for receivers to get open or he won’t last until Labour Day.

Don Landry: Hot routes. If you can’t presently secure the pocket for Mike Reilly, for any extended period of time at all, get him some open receivers early. That, mixed with a continued running game presence, might just flip the ignition switch on some things for the Lions.

Jim Morris: I  don’t think there is a quick fix, but the first step would be retooling the offensive line. There also may need to be a strategy to move Reilly out of the pocket for him to throw. An offence can’t produce if the quarterback is laying on his back or running for his life. Improving the O-line would also assist in the running game.

Marshall Ferguson: Tough to quick fix this but the tackle spots have been a major issue either through injury or poor performance. Have to find a way to upgrade those ASAP.

Chris O’Leary: Fix that O-line. If you can’t protect Mike Reilly you won’t get any offensive production and your star player won’t make it through the season. If it takes a trade, or some ratio juggling with some freshly-signed American players, giving Reilly time to operate would put the Lions back into games.

Matthew Cauz: I would say it’s the offensive line as the Lions are last in sacks allowed, but there’s nothing “quick” about fixing pass protection. Instead of helping Mike Reilly I’ll look to the other side of the ball and say go and get Shawn Lemon back from Toronto. No team has allowed more passing touchdowns than the Lions and Lemon did put up 10 sacks for BC in 2018.

Should the Bombers take a ‘load management approach’ with Andrew Harris, a la Kawhi? 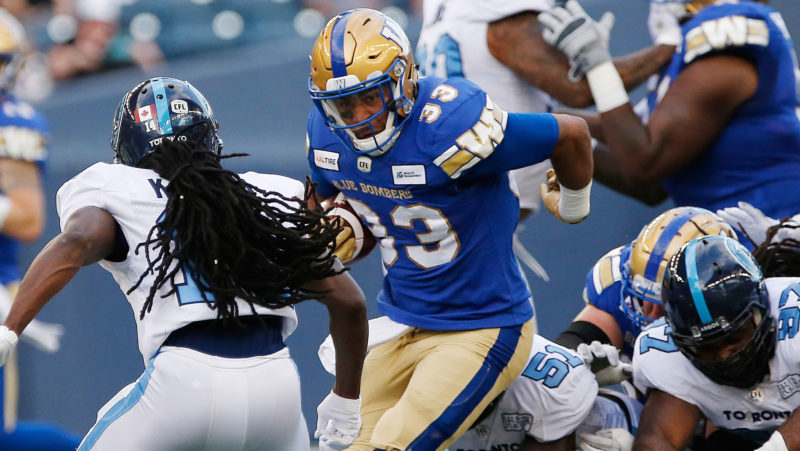 Cauz: Yes!!!!! He’s been great but a couple games off wouldn’t kill Harris who is averaging 19 touches per game.

O’Leary: I’m surprised we don’t see this more in the CFL. It’s not just Andrew Harris. You see this with quarterbacks a lot too, staying in games much later than they need to be. There’s good opportunity late in games to rest vets and give young players some garbage time reps.

Ferguson: I honestly hadn’t considered it because it’s not part of football culture either due to stubbornness or history but it really would help down he stretch. I’m a believer in the approach in any sport regardless of how it’s absorbed by fans.

Landry: Absolutely they should. Nothing short of a Grey Cup appearance will suffice for the Bombers this season, they’ve said as much. They’ll need 32-year-old Andrew Harris in top form come November, and they are strong enough as a team to cut his load back during the regular season. They don’t even need to tinker with the ratio. Increase Johnny Augustine’s workload a bit, use Nic Demski in the backfield more. Heck, even increase Mike Miller’s or John Rush’s touches a smidge here and there. Pull the reins on Andrew Harris. I think an added benefit for a competitor like that would be that he will be extra feisty come playoff time.

Nye: I think ‘load management’ is going to be taken a lot more seriously in sports as long as you can prove you can win without your stars. Now, that may not necessarily mean taking Harris right out of the game, but limiting his touches within games and being smarter. And yes, they should. You need your best horse full steam in November, especially now that they’ve proven they’ll more than likely have a shot to play into late November.

Bennett: They’re both fun guys but I don’t see the correlation. The Blue Bombers are in a highly competitive West Division and home field advantage could be the difference in going to the Grey Cup or going home. There are 18 CFL regular season games not 82. Harris is too valuable to manage his load because carrying that load is what makes him elite.

Morris: Interesting thought but with just 18 games in the CFL schedule it’s hard to remove a key component of the offence. The Bombers could get in the situation where if they wrap up a playoff spot early they could afford to rest Harris a game. Otherwise they need him to help win games.

Who can provide more help for the Riders: Solomon Elimimian or Manny Arceneaux? 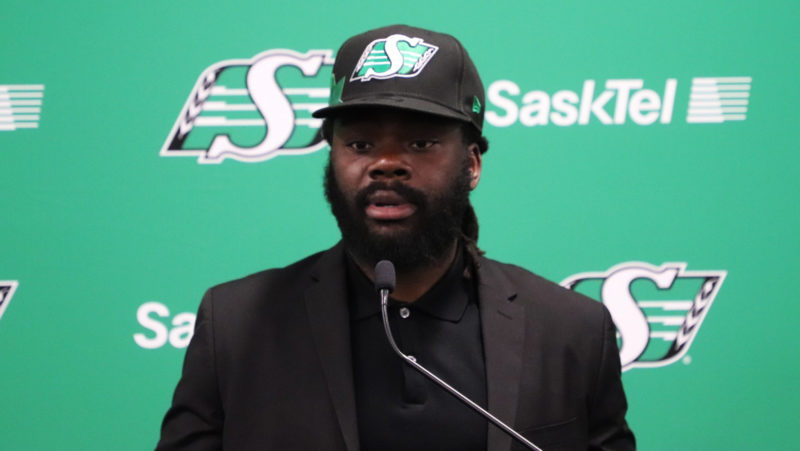 Solomon Elimimian made five tackles in his Riders debut before the bye week (Riderville.com)

Bennett: Of the league’s top 25 receivers (by yardage) only one plays for Saskatchewan (Kyran Moore). The Manny Show is badly needed in Riderville.

Cauz: I’ll go with Arceneaux. The Riders are fifth in passing yards and with uncertainty at the quarterback position the team needs as many receivers who can turn a five yard play into something bigger.

Morris: It would depend on which player is healthier. Five years ago, I would say  Elimimian would give the Rider defence an edge it badly needs.

Nye: Elimimian. They need more playmakers on defence right now and with the sophomore receivers starting to come into their own, I don’t see a desperate need on offence. Arceneaux gives the Riders are reliable target and a big one at that, but Elimimian can provide a pop on defence that has been lacking. But he needs to play much better than he did in his debut as he may have needed to break off some rust.

Landry: Solly. When he’s fully grooving, he will make a good defence even better. Missing most of 2018 with a wrist injury may actually help him out in 2019, with his veteran body being given an extended respite from contact. When the rust is shaken, he, Cameron Judge and Derrick Moncrief are gonna make beautiful music together.

O’Leary: Elimimian. The Riders are a middling to better than average team offensively right now but they’re missing some punch on defence. They’re last in turnovers forced, interceptions and fumble recoveries and are minus-six in turnovers. When he’s fully healthy, Elimimian can provide the boost the defence needs.