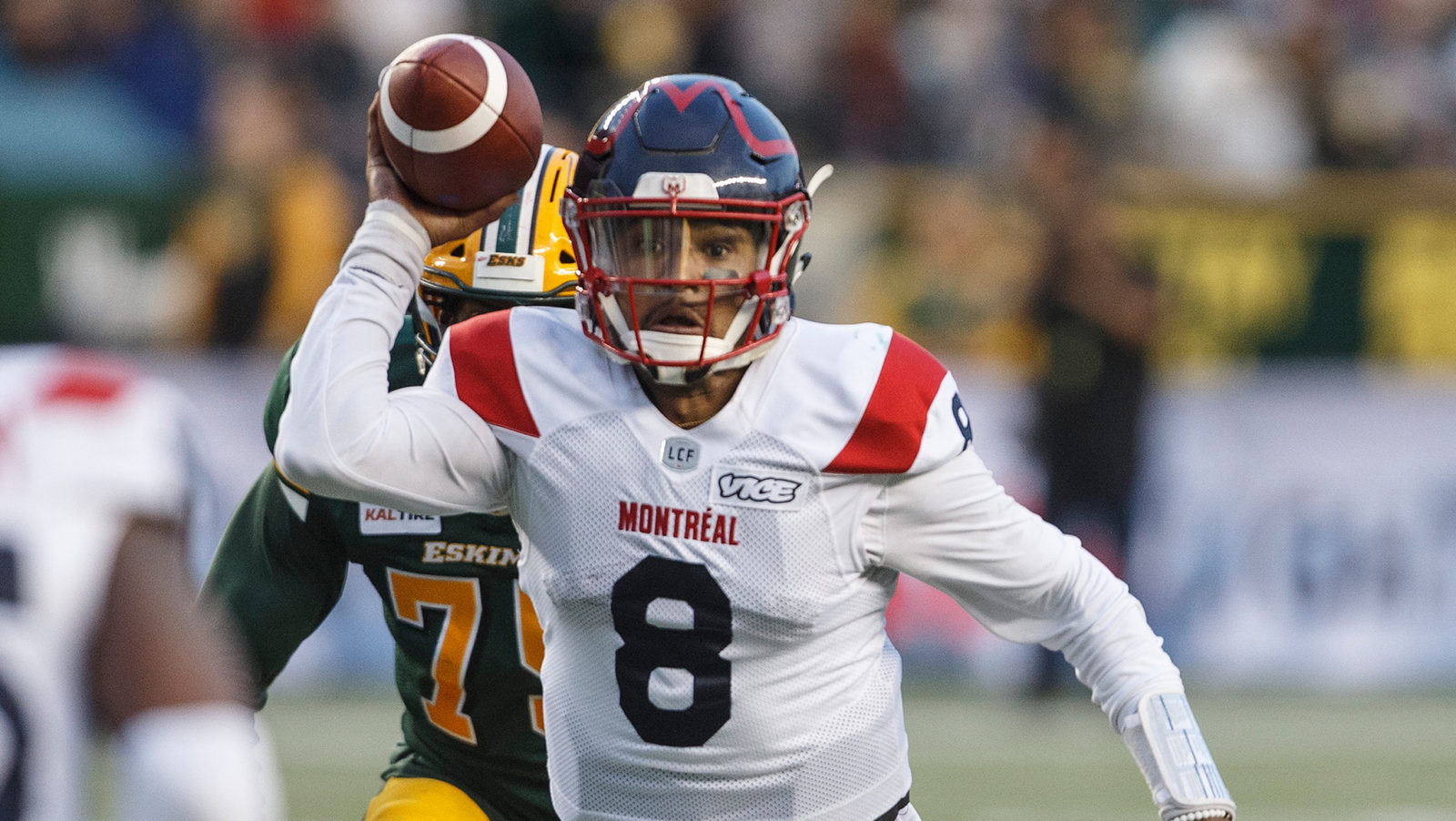 TORONTO — With Week 6 action set to kick off on Thursday night, there are some definite favourites to win.

The writers picked unanimously that the Calgary Stampeders, Winnipeg Blue Bombers, and Edmonton Eskimos will all roll to victories in their respective matchups.

However, Saturday’s game between the Saskatchewan Roughriders and BC Lions has proven to be a tougher matchup to pick a winner for.

With that in mind, here are the CFL.ca writer picks for Week 6.

RELATED
» Nye’s Weekly Predictor: All in on the Stamps?
» Total CFL Pick ‘Em: Make your picks for Week 6!
» Be the GM in TSN CFL Fantasy presented by LeoVegas
» The DailyRoto 2019 Fantasy Guide 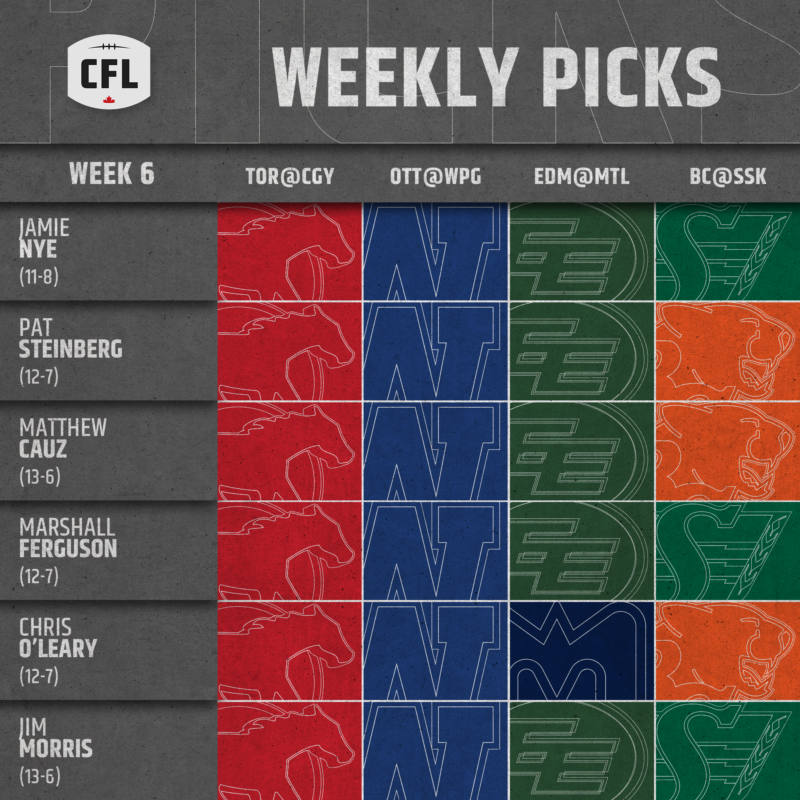 The Stampeders are coming back home following a tough loss on the road to the Hamilton Tiger-Cats. Backup Nick Arbuckle started his second game of the season and threw for 368 yards in the loss. He’ll be under centre once again in this contest and will be looking to help lead the Stamps to their third win of the campaign.

Toronto is still searching for its first win of the year, and following a promising Week 4 outing against BC, they were on the wrong end of a 48-21 scoreline against Winnipeg in Week 5. They’ve been outscored 162-59 over their first four games of the year and are headed into McMahon Stadium aiming to avoid an 0-5 start.

It’s been a perfect start to the season for Winnipeg. Matt Nichols tossed a trio of touchdowns against Toronto in Week 5 and Andrew Harris ran for 116 yards on 14 carries. They’re atop the league standings and have a chance to improve to 5-0 on Friday.

The REDBLACKS will be without starter Dominique Davis, who will be unable to play due to an injury. Head coach Rick Campbell announced on Tuesday that Jonathon Jennings will start after taking first-team reps at practice. It’ll be the first start of the year, and he’ll be welcomed by the stingiest defence in the league.

Montreal is buzzing heading into this matchup. The Als have won each of their last two games and are getting standout performances from Vernon Adams Jr., William Stanback, and B.J. Cunningham on offence.

The Eskimos are coming into this game on the heels of a shutdown defensive performance against the Lions in Week 5 where they finished with five sacks, a pair of fumble recoveries, and an interception. If they can put the clamps on for another week, they’ll be able to move to 4-1 early in the year.

It was a tough night for Mike Reilly against Edmonton. The pivot was sacked five times and tossed a pick against his former team. BC currently sits last in the West, but they can get out of the basement with a victory on Saturday.

Cody Fajardo has done a solid job filling in for Zach Collaros to open the campaign, but he had a rough outing in his last appearance against Calgary in Week 4. The Riders are coming off a bye week and they’ll be motivated to come out with a win in front of their home faithful.