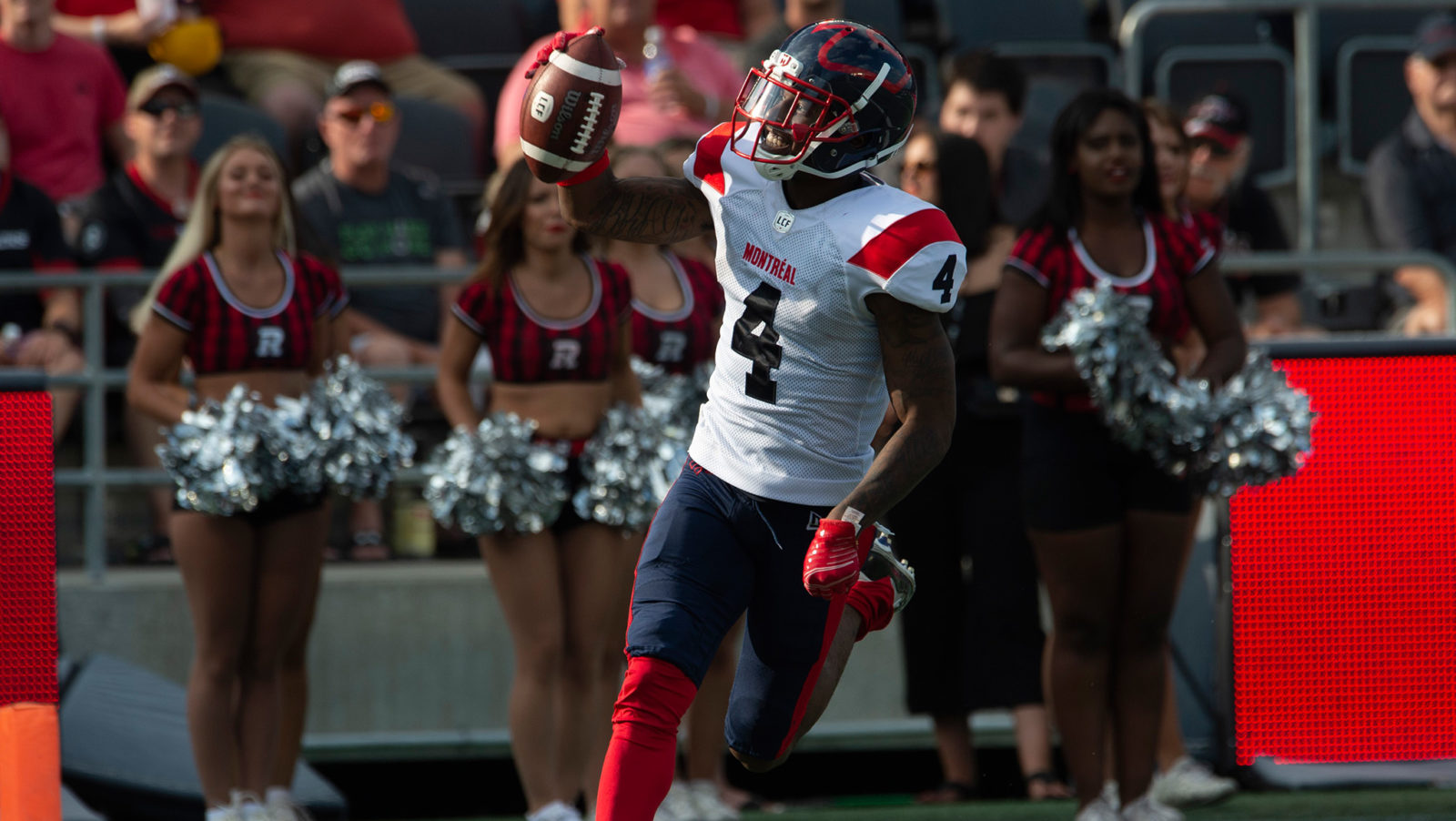 TORONTO — Sometimes you get what you pay for in TSN CFL Fantasy presented by LeoVegas.

Despite the inherent risk, however, Fantasy users should always look for ways to squeeze production out of lower-cost options, as savvy salary cap management generally leads to success on the field.

In particular, Pat Steinberg and Hannah Nordman are leaning on the Calgary Stampeders for big results against the winless Toronto Argonauts — on both sides of the ball.

“I’m going with Eric Rogers in Calgary,” said Steinberg. “I like the matchup a whole lot against the Toronto Argonauts. He didn’t come away with a touchdown against Hamilton but he still is an option every single time the Stampeders enter the red zone. Arbuckle likes going to him and you can put up points against Toronto. At under $8,000 Rogers is in line for a heck of a game.”

Hannah, meanwhile, is going with the Stamps’ defence, which has put up consistent results this season despite an off-season overhaul that saw two-thirds of the starters end up elsewhere.

“They’ve been a great Fantasy defence and the best by far, double digits in three out of four weeks, three touchdowns, eight interceptions,” said Nordman. “I want to see what Tre Roberson can do to this struggling Argos team. I think they hit 15 points, which is going to make the $5,300 price tag worth it.”

Rounding out this week’s locks, Jeff Krever looks to Riderville, where a well-rested William Powell is ready for a matchup with the BC Lions. It’s a virtual must-win for both sides and Powell figures to be involved early and often.

“The Riders need William Powell to be their best player,” said Krever. “They brought him in to be the catalyst on offence, the guy that’s going to carry the rock over and over again, to grind a defence down, to catch the football. He’s going to have a really good game against the BC Lions.”

With a season-high 13 targets, Derel Walker finally got involved in the Argos’ offence in Week 5. Plus, is the hype warranted for Nick Arbuckle? Pat Steinberg, Hannah Nordman and Jeff Krever debate in the CFL Fantasy Podcast presented by LeoVegas.

The podcast trio is also looking to save money with bargain picks of $3,500 or less every week. Steinberg led things off with Bray, who’s quickly becoming a household name in Fantasy.

“Get in on Quan Bray,” said Steinberg. “Two games, just from a straight PPR perspective he’s given you plenty of value. Eight catches in his debut, five catches for 134 and a touchdown against Ottawa.

“I’m not saying you’re going to get 25 points from him every week, but if he can get you five catches for 40, you’re perfectly OK with that. It looks like Vernon Adams enjoys throwing to Bray, I think he’s part of the equation and he’s not going to be at $3,500 for much longer.”

While Jonathon Jennings gets a tough draw in his first start for the REDBLACKS — taking on a powerful Bomber defence — Krever is looking for the Ottawa offence to air things out. Caleb Holley is one player who could see more targets than usual.

“Not sure what the latest is on Dominique Rhymes but I like Holley, I think he’s a good player and if he gets more of an opportunity he’ll do something against the Bombers because you know they’re not going to be running a whole lot. Look for Holley to get a season-high for targets and he should be able to do something with them.”

Rounding out this week’s money picks is Stampeders receiver Richard Sindani, who gets a favourable draw with the Argos in town.

“Richard Sindani up against the Argos this week — he’s caught eight of nine targets, he’s put up eight points in two of his three games,” said Nordman. “No time like a matchup with the Argos to have a breakout game.”

Projections below powered by DailyRoto