Berg vs. Ferg: Are the Als a threat to win the East? 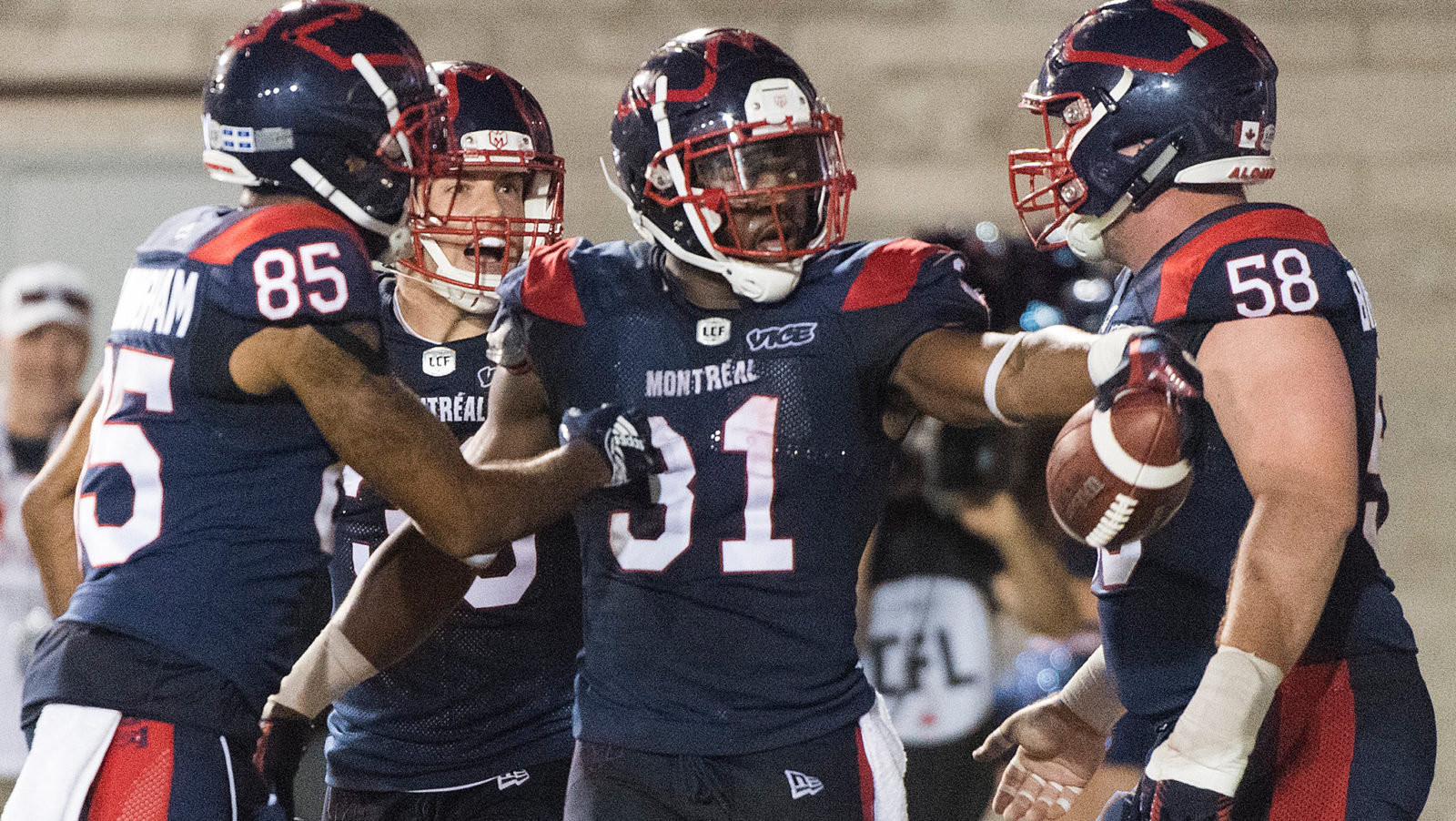 Berg vs. Ferg: Are the Als a threat to win the East?

Berg vs. Ferg is back for 2019 as columnists Pat Steinberg and Marshall Ferguson debate over some of the league’s most contentious storylines. This week’s question: Could the Montreal Alouettes win the CFL East Division?

TORONTO — There’s a lot to like about the Montreal Alouettes through the first five weeks of the season.

The offence is protecting the football and generating time of possession, Vernon Adams Jr. is figuring out how to be a starting quarterback and William Stanback has emerged as one of the CFL’s most impressive all around running backs.

Even with the recent dismissal of General Manager Kavis Reed, there’s no reason to believe a front office shake up will have any effect on the on-product field, as the arrow continues to point up and expectations are exceeded.

Most will agree that the Als’ last two games have been impressive, with back-to-back wins over East Division foes Ottawa and Hamilton. The question, then, becomes twofold: is such a small sample size sustainable? And if so, are the Alouettes a threat to win the East?

Steinberg and Ferguson debate on the latest Berg vs. Ferg.

BERG (3-7): THE ALS BELIEVE IN THEMSELVES

The Montreal Alouettes have fired a general manager, fired a head coach, and lost their night one starting quarterback to injury and their season isn’t even five games old. A sentence like that doesn’t typically lead to an argument about how a team might win a division. When it comes to this team, though, that’s exactly how I feel. They’re a factor in the East Division and a top seed come November isn’t crazy to talk about.

New head coach Khari Jones has done an outstanding job in a situation that was anything but ideal. Taking over from Mike Sherman less than a week before the regular season, Jones has cultivated belief from his players and you can see that when Montreal plays. Right now, this team is playing with a swagger we haven’t seen from them in ages. I believe Jones is the biggest reason for that.

The new head coach is also using his weapons properly, most notably with tailback William Stanback. One of the most explosive players in the league has turned into the focal point of the Alouettes’ offence, which is exactly the way it should be. Stanback has seen his carries steadily go up and he now sits second in the league with 62; he leads the CFL in rushing yards with 457 and is averaging 7.4 yards per run.

And Jones has helped Vernon Adams Jr. come a long way at the position he used to play. The growth we’ve seen from Adams since taking over from the injured Antonio Pipkin in week one is stunning. While I think the connection with Jones is part of it, I also think Adams deserves a great deal of credit. He’s studied hard since entering this league in 2016 and all that time lower on the depth chart is paying off.

I think we all knew there were talented pieces in Montreal entering this season. From Stanback and running back to BJ Cunningham at receiver, to Tommie Campbell and Ciante Evans in the defensive backfield. What the Als didn’t seem to have was a clear direction. With Jones at the helm, I believe they have that path.

When all of Montreal’s talent clicks, they can be a really impressive group to watch. At 2-2, they’ve got a little ground to make up on first place Hamilton. If things keep trending the way they are, though, I can see the Alouettes challenging for top spot in the East later on this summer.

The Alouettes are hot, they’ve earned everything they’ve been able to get over the last two weeks and I’ve really enjoyed watching their early-season evolution.

With that being said, we do have to look at the big picture and the reality is this is just Week 6 and the East still runs through Hamilton until proven otherwise. The Alouettes are always good for a couple of entertaining victories a year that might go against their other performances in recent history, but Montreal football fans seem to believe this team is different.

A renewed offensive line, a Pringle-esque back and an athletic play making quarterback have the offence trending in the right direction along with strong linebacker play down the middle and a ball hawking secondary.

In reality though this is a quarterback driven league and Vernon Adams Jr. has had tremendous production in a short period of time since replacing Antonio Pipkin in Week 1, but is it sustainable?

It’s been quite a while since Adams Jr. has been the lead man for a team who was asked to handle more than spot duty, whereas Jeremiah Masoli has already experienced the ups and downs of a true starting quarterback – albeit after his own backup and spot assignments.

For the Alouettes the hope has to be that Khari Jones can apply his process to Vernon Adams Jr. and have his development far exceed expectations. If that comes true the Alouettes have a real chance to make the most of this opportunity but for now my optimism that the Alouettes are a real threat to win the East is lukewarm.