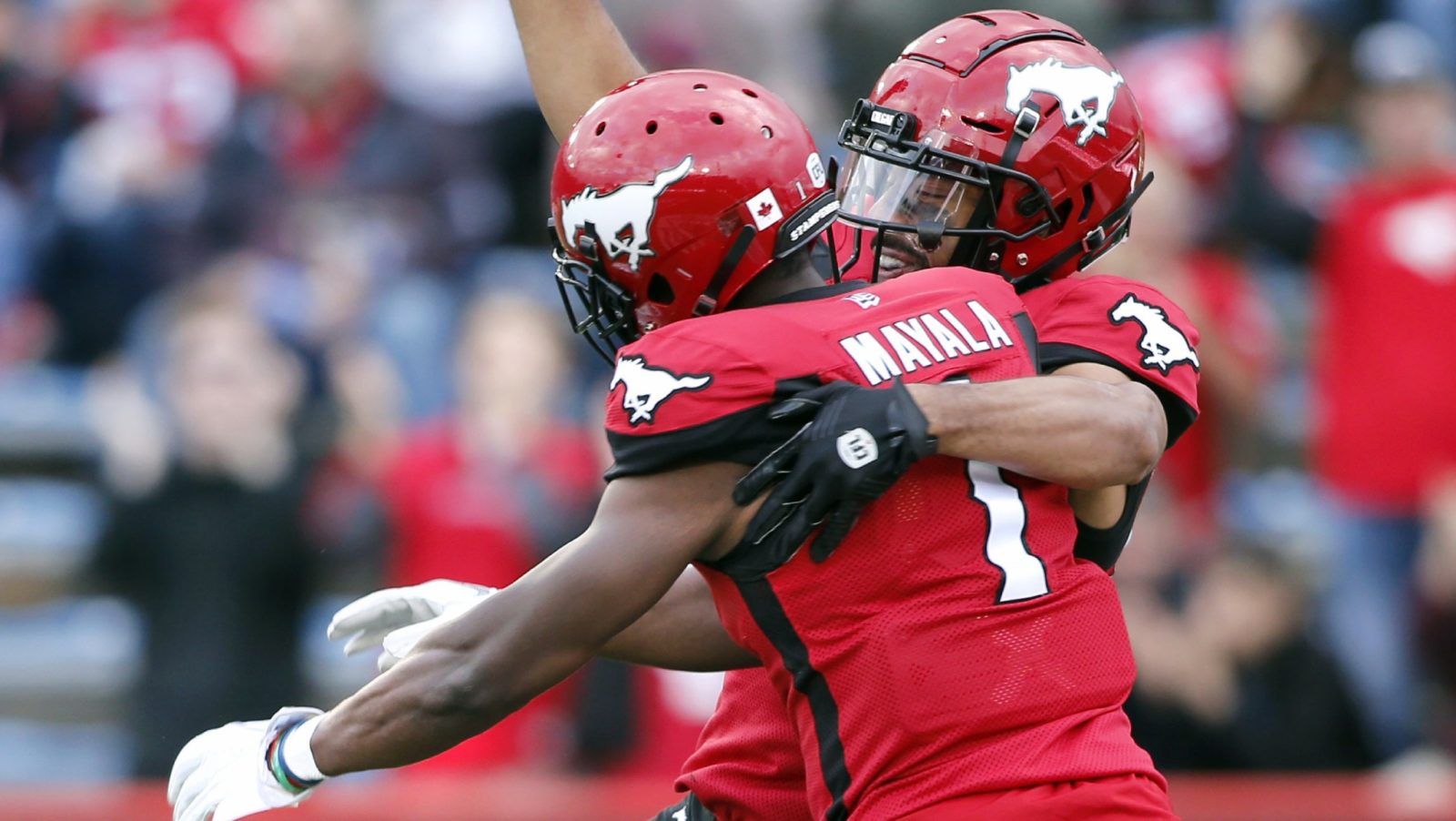 CALGARY — The Toronto Argonauts will continue the search for their first win of the season after falling 26-16 to the Stampeders in Calgary on Thursday night.

As for the Stamps, their win boosts them above the .500 mark through five games.

A promising start by either side of the ball for the Argos had them keeping pace with the Stamps. However, endurance proved to be a strength of the Stamps despite a competitive defensive performance put forth by the Two-Tone Blue.

Both defences combined for six interceptions and five quarterback sacks.

In his first game dawning the Double Blue, Tyler Crapigna got the Argos on the board first with a 50-yard field goal.

After a promising drive that saw the Argonauts moving the ball, backed by a defensive front that tallied three sacks up to this point, Calgary’s Brandon Smith turned the tide on Toronto by jumping in front of a McLeod Bethel-Thompson pass towards the end of the first quarter.

A few short plays later after being set up with positive field position, and Nick Arbuckle connected with Juwan Brescacin for his second touchdown reception of the year.

Arbuckle passed for 191 yards as he completed 20 of his 30 pass attempts. His two touchdowns would be matched by two interceptions by the young pivot.

Special teams ensured the continued momentum shift in favour of Calgary after Fraser Sopik flew in off the edge for the block on a punt attempt by the Argos.

The ensuing drive had the ball placed on Toronto’s 35-yard line, resulting in a Rene Paredes field goal from 30 yards out to extend the Stamps lead to seven.

In the second quarter, Chris Rainey surpassed Keith Stokes and moved into 10th all-time in return yards. He now has 9,244 total yards in the return game for his six-year career.

Later in the quarter, as both defences dug in their heels, Arbuckle worked his offence deep into the Toronto end of the field. However, wanting to take it into the end zone, the young Stamps’ pivot lobbed a ball up into the waiting hands of Alden Darby.

With less than a minute and a half to work with, Bethel-Thompson marched the Argos offence downfield with seven straight completed passes, including the touchdown connection with Armanti Edwards. After a roughing the passer call on the conversion, the Argos couldn’t cap off their scoring drive with a 2-point conversion on two attempts.

Tre Roberson continues his dominance from the corner position for Calgary. Luckily for Bethel-Thompson, it wasn’t an interception to the league-leader. After completing a pass to Edwards, linebacker Cory Greenwood lodged the ball loose, opening the way for Roberson to scoop and dash his way to the end zone to push the Stamps up 19-9.

Making up for lost time after going down to injury against the BC Lions in Week 3, Juwan Brescacin caught his second touchdown of the game following Wilson’s interception as 22 of Calgary’s 26 points had come off of turnovers at this point.

Brescacin caught five passes for 64 yards along with his two touchdowns.

Toronto managed to piece together another drive of seven straight completions by Bethel-Thompson, capped off with a touchdown by James Wilder Jr., his second receiving touchdown of the season.

A game filled with turnovers by either side continued to be dictated by the defence in the final seconds of the third quarter. Toronto’s Micah Awe stepped in front of a pass and having himself a lengthy return before being tripped up. Moments later, the seesaw effect continued as Cory Greenwood got his mitts on the ball, his first interception in his five-year career in the league. He’d also add a fumble recovery to his stat line in the fourth quarter.

All in all, Bethel Thompson finished the game throwing four interceptions.

With the win, Calgary improves their record to above .500 (3-2) while the Argos remain winless through six weeks of the regular season.

The Stampeders will be back in action next Thursday, taking on the Ottawa REDBLACKS in the nation’s capital. As for the Argonauts, they’ll look for their first win of the season in Edmonton when they kickoff against the Eskimos in Week 7’s edition of Friday Night Football.