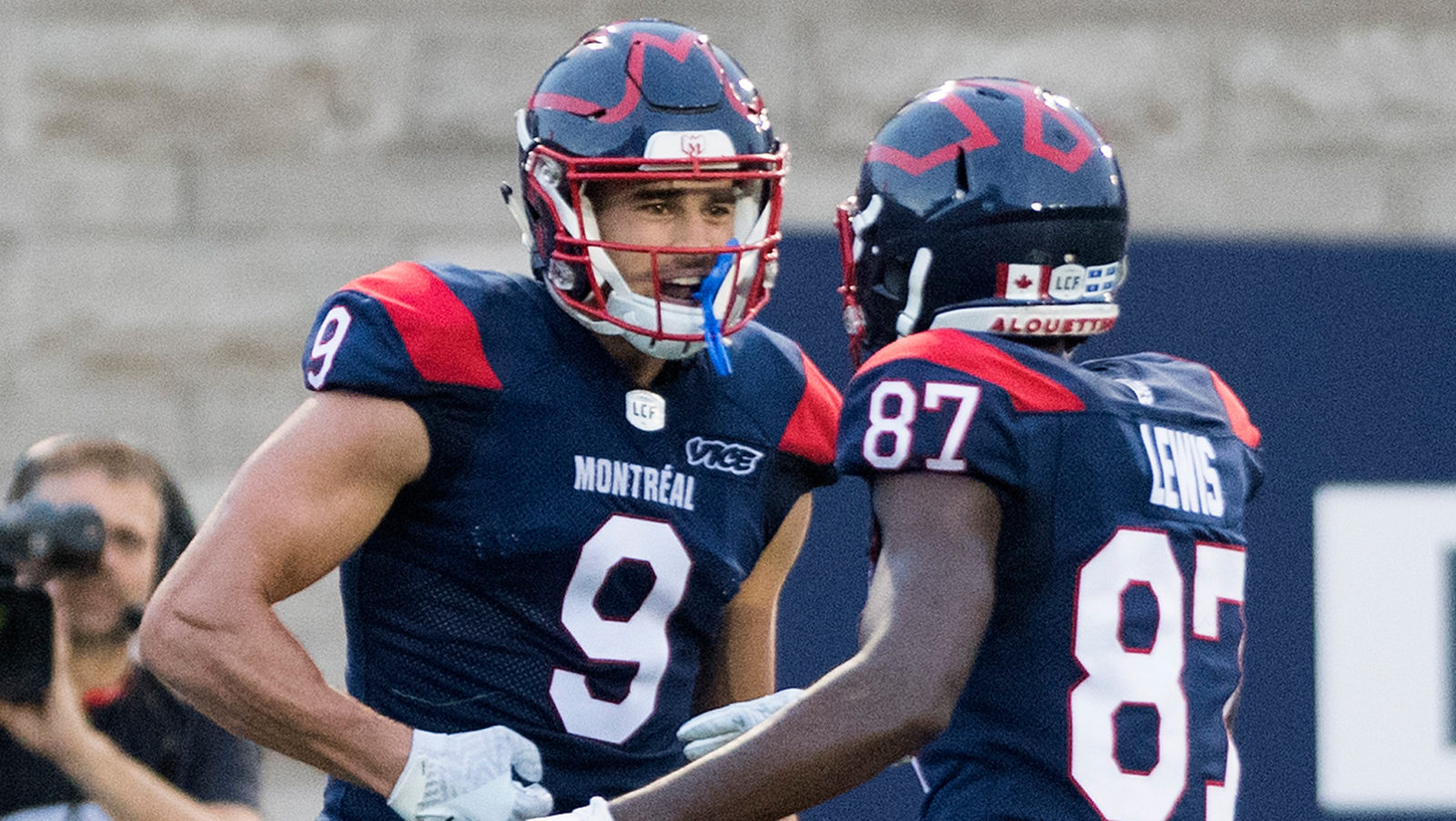 MONTREAL — For some teams, having two star receivers on the sidelines instead of playing on the field could have been a tough hill to climb.

That wasn’t the case for the Montreal Alouettes, however.

Despite DeVier Posey and B.J. Cunningham sitting out of Saturday afternoon’s contest at Percival Molson Stadium on a hot, muggy day in Montreal, the Alouettes rolled to their third-straight victory.

“It was just a team effort,” head coach Khari Jones told reporters when asked about missing two of his starting pass-catchers. “We knew it was going to be a team effort with a few of our key guys out. They stepped up and did what was necessary to win.”

Quan Bray hauled in eight passes for 37 yards. Jake Wieneke caught a touchdown pass. Running backs William Stanback and Jeremiah Johnson both caught passes out of the back field. Stanback hauled in three for 37 yards while Johnson had one for 43 yards.

But it was Eugene Lewis who stole the show for the Alouettes. Not only did he catch all five passes that were thrown his way for 69 yards, but the receiver also threw a touchdown pass to his quarterback, a 21-yard trick play in the first quarter.

“I was thinking about it yesterday,” Jones said of his trick play in the first quarter. “Didn’t work in practice and it looked awful and I knew Eugene has a whole lot of pride in his throwing ability and I knew if we called it in the game, he would make a good decision and a good throw. I was thinking if we had a good drive on that first series that I would pull that out.”

It wasn’t just the offence that was key to the 20-10 victory over the Eskimos, the defensive side of the ball played a major factor as well.

As a unit, Montreal’s defence did not allow a single touchdown and they also picked off Trevor Harris twice and made things difficult for the Esks pivot all afternoon.

“I’m still beaming on the defensive effort and what they did out there to nullify Edmonton because they were just all over the field,” said Jones. “At the front end, they were putting pressure on Trevor and making him to go his second and third reads and in the back end, we were just all over the ball every time he threw it. Even when he threw the ball, there were a lot of contested catches.”

With their third win of the season in their back pockets, it seems like a good time for the Alouettes to head out onto a bye. Some of their injured players, including Posey and Cunningham, will use this time to heal before they return in Week 8 to take on the Ottawa REDBLACKS.