Which celebration was best through Week 6? 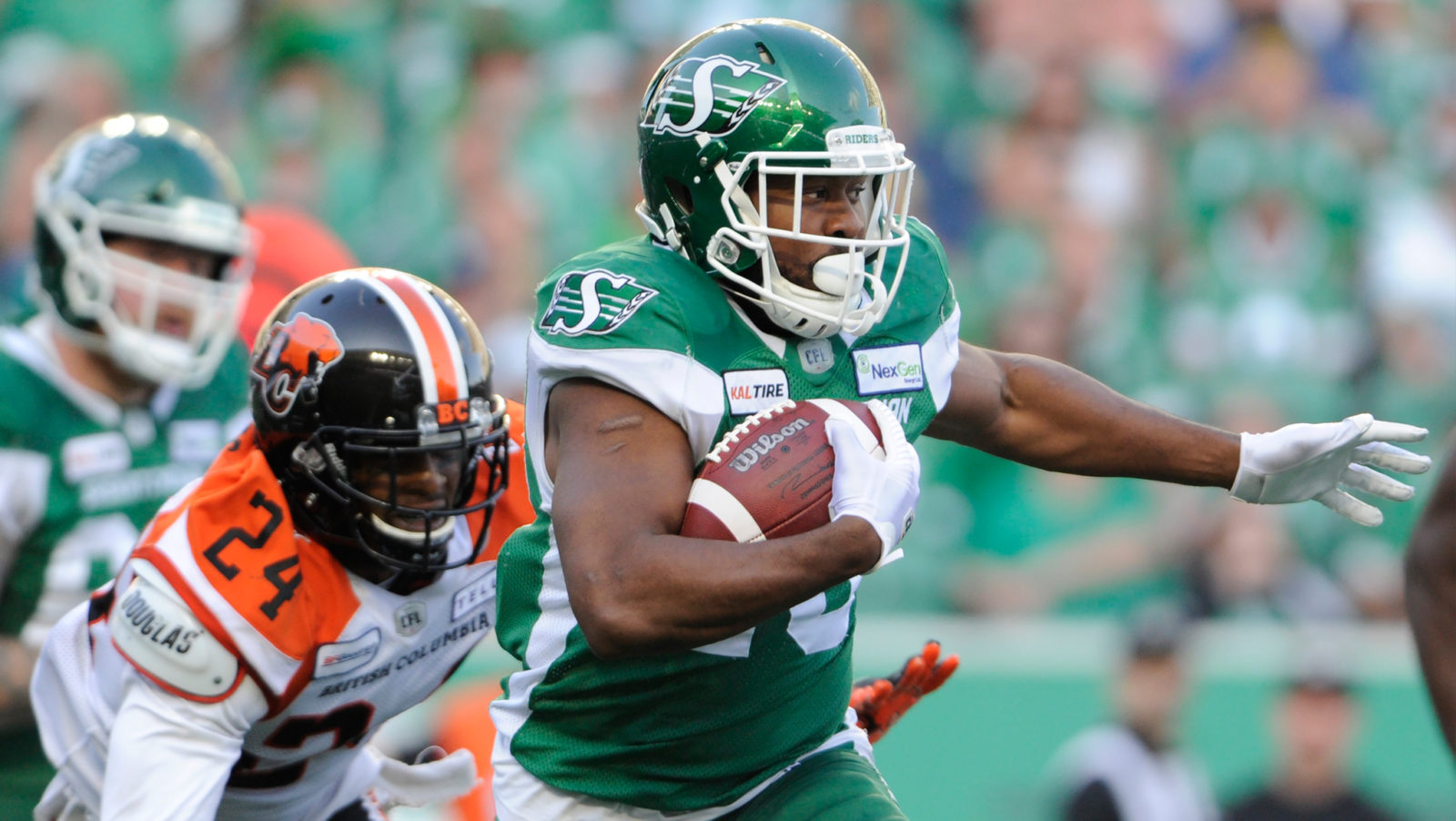 Which celebration was best through Week 6?

Another week, another Dylan Wynn victory!

Once again, you decided that you think Wynn’s sack celebration was the best celly so far this season!

Before we dive into the Riders, let’s have a quick reminder of Wynn’s celly – mostly because it never gets old.

With just over eight minutes left in the fourth quarter, Powell took a handoff from Cody Fajardo and powered himself into the end zone for the three yard score. He then called over his offensive linemen who started the skipping ropes and the Riders running back started to jump double dutch! Perfect footwork. Also, bonus points to Naaman Roosevelt who was getting really, really into it behind them.

And now for Loucheiz Purifoy.

Just a few plays later after Powell’s touchdown, Purifoy picked off BC quarterback Mike Reilly and returned it 45 yards – a play that lead to Shaq Evans’ 50-yard touchdown strike on the next possession.

But it was after Purifoy got off the field that the celebration magic happened.

The Riders DB – and a bunch of his teammates – all gathered around a TV on the sidelines, sat down on the ground and rewatched the play that just happened. Talk about a team bonding moment.

So which celebration did you like the best? Dylan Wynn’s dance? William Powell’s double dutch? Or Loucheiz Purifoy’s team bonding? Have your say below!