Tabbies focused on themselves ahead of showdown with Bombers

Tabbies focused on themselves ahead of showdown with Bombers

HAMILTON — We’ll be treated to a showdown of the league’s top two teams on Friday night as the Winnipeg Blue Bombers travel to Tim Hortons Field for a matchup against the Hamilton Tiger-Cats.

The Ticats are coming into the game after their bye week. In their Week 5 game against the Calgary Stampeders, they came out on the right side of a 30-23 scoreline.

Obtaining their fifth win of the campaign will be easier said than done, however, as the Bombers are off to their first 5-0 start for the first time since 1960. Despite the strong play of this week’s opponent, Hamilton head coach Orlondo Steinauer isn’t doing anything different leading up to the game.

“We’re aware of the records – and nobody has beaten them – but it doesn’t motivate us more,” Steinauer said to Ticats.ca. “We prepare the same way each week. It really wouldn’t matter on the schedule. We’re just trying to be 5-1.” 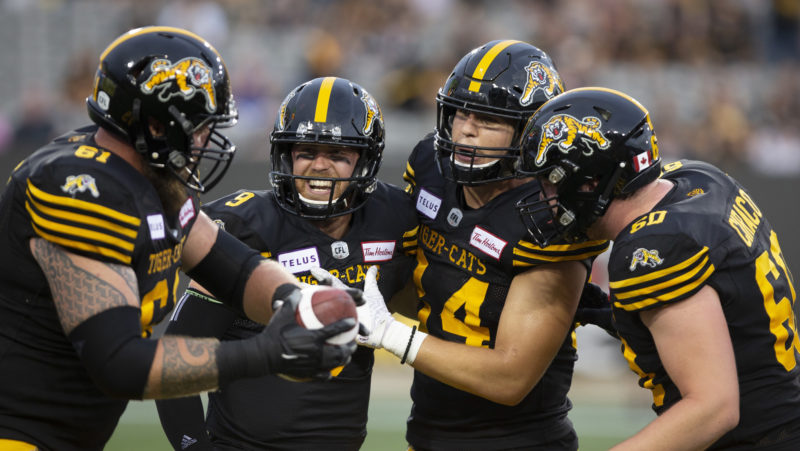 The Ticats currently sit second in the league – behind only Winnipeg – in points per game, but their offence will face a Bombers unit that held the Ottawa REDBLACKS to just a single point in Week 6.

“They’re a physical bunch. They fly around to the ball and the defensive backs are aggressive, linebackers are aggressive,” quarterback Jeremiah Masoli said. “(They’re) just an aggressive bunch playing well right now. They’re playing good team football in all three phases. So it’s a good challenge and we’re anxious for it.”

Hamilton will be without one of its biggest defensive playmakers, as Simoni Lawrence will be sitting out the first of two games after an arbitrator upheld his suspension for a hit to the head on Saskatchewan Roughriders quarterback Zach Collaros in Week 1. Nick Shortill took first-team reps on Monday, but Steinauer said he’ll be rotating players in as the week goes on. Rather than going to a committee to help fill the gap left by Lawrence, it looks as though it’ll be next man up for the Tabbies.

This matchup is already being looked at as a possible preview for the Grey Cup in November. With the home faithful behind them, Hamilton will be looking to assert its dominance on both sides of the ball. Despite the task that lies ahead of them, the Ticats have to look past the Bombers’ record and get the job done on Friday.

“You definitely can lose some focus on yourself if you’re worried about that kind of stuff,” Masoli said. “Thankfully, we’ve got guys like coach O and leaders among the players and staff that make sure that we’re focused in on what we need to do. We’re just focused on ourselves and making plays.”