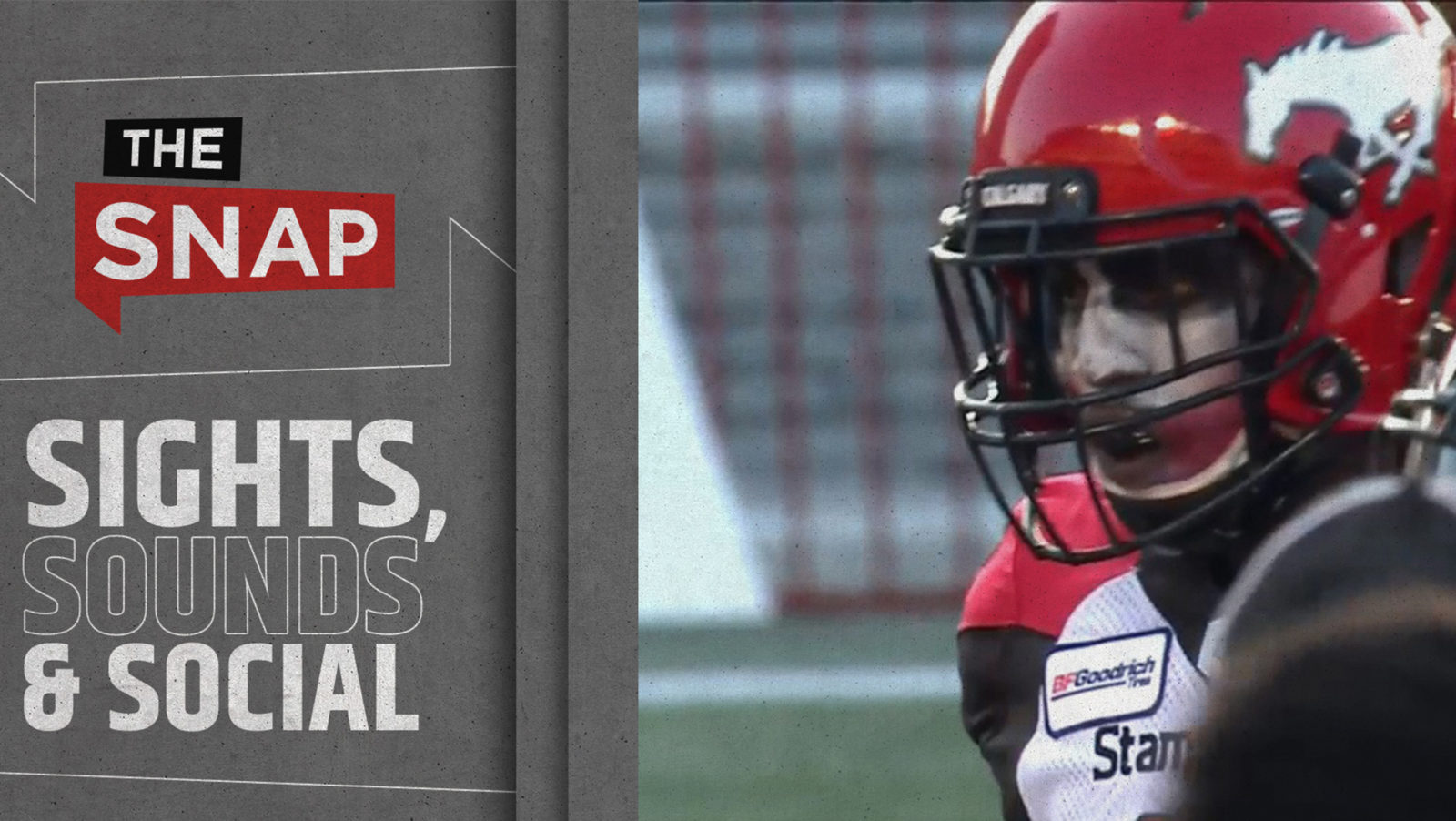 Here is how Week 7 played out on social media around the Canadian Football League.

The Stamps walked off the REDBLACKS thanks to a Rene Paredes field goal as time expired, in what proved to be a memorable night for Calgary’s kicker.

@rparedes30’s grandma is from Peru, and had never seen him play before — he hit 5️⃣ FGs and walked it off on #TNF. 🤞

Stamps DB Robertson Daniel also drew some eyes from south of the border for his unique facepaint for the Thursday nighter.

He really wore The Joker facepaint in a game 😳😂 (via @calstampeders, @cfl)

He probably play like that the rest of the year !!!

There was a special guest on-hand in Edmonton for #TNF, as UFC President Dana White was in the house for the Esks’ dominant win over the Argos.

Great to see such a packed stadium last night at the @EdmontonEsks game. Big win for the #Esks and a lot of new #YEG fans got to see a live #CFL game for the first time 🎯#KidsGetInForFree

I was a fan before, and even a bigger fan now…. Cause kids under 17 get in free! How great is our team you guys! @EdmontonEsks#GoEsks #AllConnected #OneEmpire pic.twitter.com/XPNRTvSX8G

The Ticats’ win against previously-undefeated Winnipeg was largely overshadowed by the season-ending ACL injury suffered by QB Jeremiah Masoli.

Feared this news… Prayers up in recovery for one of the best in the game. 🙏🏻 https://t.co/qfC6BI801E

QB Jeremiah Masoli (knee) is out for the remainder of 2019. #CFL

Riderville was out in force on the Pacific coast for Week 7’s finale on Saturday, and the green faithful were rewarded with a strong 27-point win.

It was Family Day in BC, so QB Mike Reilly and his teammates ran out of the tunnel pre-game with some special guests.

Once the game kicked off, though, it was virtually all Riders — and they had some vocal travelling support to back them.

Want to thank the @BCLions and their fans for the video tribute and warm ovation tonight – much love right back at you! Proud of my team getting the road win – #RiderNation was in the building! pic.twitter.com/H89XeRutth