Another week, another perfect record for this column.

Here’s how Week 7 shook down.

Regardless of the fashion by which it came, Thursday’s result was not a surprise; the Stamps had been favoured, and Ottawa’s offence — though it was the only of the two teams to score a touchdown — was struggling under Jonathon Jennings. 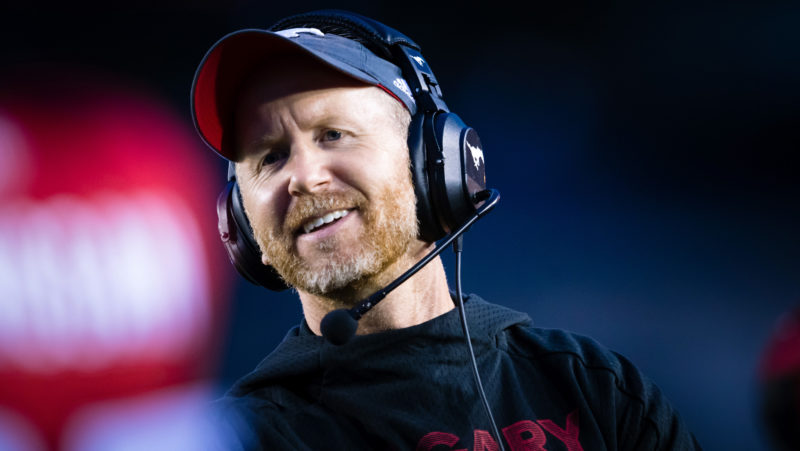 Dave Dickenson’s Stamps are 4-2, despite mounting injuries and adversity (Stampeders.com)

While the REDBLACKS (2-4) managed the game’s lone offensive touchdown, JJ and co. generated just 221 total yards to the 493 produced by Calgary (4-2).

Ottawa now faces a tough divisional clash at Montreal (3-2), while the Stamps return home for the first edition of the Battle of Alberta.

Any game which sees your quarterbacks combine for a 13-of-31, three-INT line is not going to end well.

That’s the dilemma the Argos (0-6) find themselves in at the end of the first ‘period’ of the CFL regular season; the defence seems to be improving, but the offence is stuck in neutral. Is this McLeod Bethel-Thompson’s team? Dakota Prukop’s? Time will tell with a date against Winnipeg (5-1) looming.

Edmonton (4-2) continues to look solid with QB Trevor Harris and its strong defence.

We felt Winnipeg was due for a regression, but Matt Nichols’ three-pick performance was unexpected.

The Bombers (5-1) are still first in the West, and will be heavily-favoured to bounce back against the winless Argos next week in Toronto; the questions run a bit deeper for the Ticats (5-1), who lost star QB Jeremiah Masoli mid-game to a torn ACL for the season.

Dane Evans was 13-of-25 for 94 yards with an INT in relief of Masoli, so it remains to be seen what Hamilton’s offence will look like moving forward.

In a rerun from their meeting the previous week, the Riders and Lions tangoed closely for a bit before momentum and the end result shifted firmly in Saskatchewan’s favour. 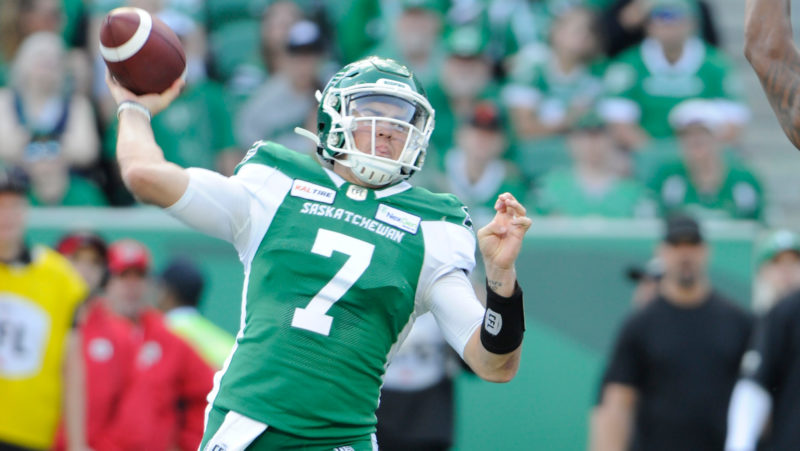 Cody Fajardo and the Riders are back to .500 after a slow start to the campaign (The Canadian Press)

William Powell and Ryan Lankford — two former REDBLACKS — combined for five touchdowns, as the Riders running back netted a hat-trick on the ground and BC’s return man took two to the house.