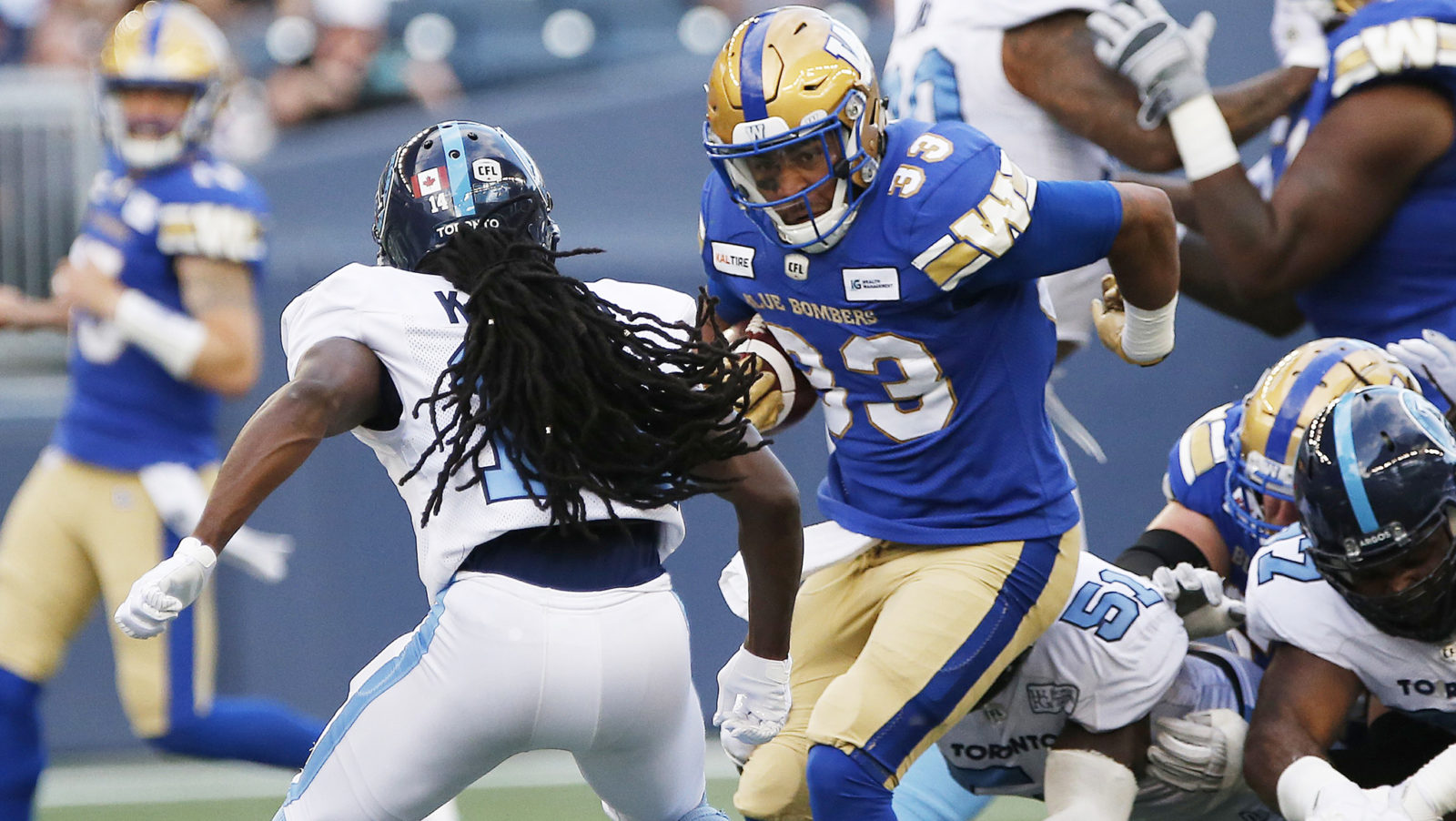 TORONTO — Week 8 begins with Toronto hosting the West-leading Winnipeg Blue Bombers at BMO Field. The Argonauts are back home following a three-week road trip across Western Canada. Toronto is looking to split the season series with Winnipeg after a Week 5 48-21 loss at Investors Group Field. The Blue Bombers are coming off their first loss of the season – last week’s 23-15 setback in Hamilton. The Thursday Night Football Concert series continues with Canadian hip-hop artist, Classified. Kickoff is scheduled for 7 p.m. ET.

On the same night, the Hamilton Tiger-Cats will head to Regina to take on the Saskatchewan Roughriders beginning at 9:30 p.m. ET. The game will be Hamilton’s first of the season without Jeremiah Masoli and Dane Evans will make his second career start. Both teams will attempt to extend two-game winning streaks and Saskatchewan is looking to climb above .500 for the first time this season. Canadian country music artist, Chad Brownlee (a former Vancouver Canucks draft pick) will perform at halftime as part of the Thursday Night Football Concert series.

Friday Night Football kicks off at 7 p.m. ET with the Montreal Alouettes playing host to the Ottawa REDBLACKS. Montreal is coming off a bye and is in the midst of a three-game win streak. Ottawa is hoping to snap a four-game losing streak while evening its season series with the Alouettes. Montreal took their first matchup 36-19 in Week 5.

Saturday features the season’s first installment of The Battle of Alberta with Edmonton travelling south to take on the Calgary Stampeders. Both teams sit second in the West Division with a 4-2 record. The game marks the first Battle of Alberta with the Esks’ Trevor Harris and the Stamps’ Nick Arbuckle as starters for their respective teams. Kickoff is slated for 7 p.m. ET.

TSN’s Live Mic game will be Edmonton/Calgary game this week.