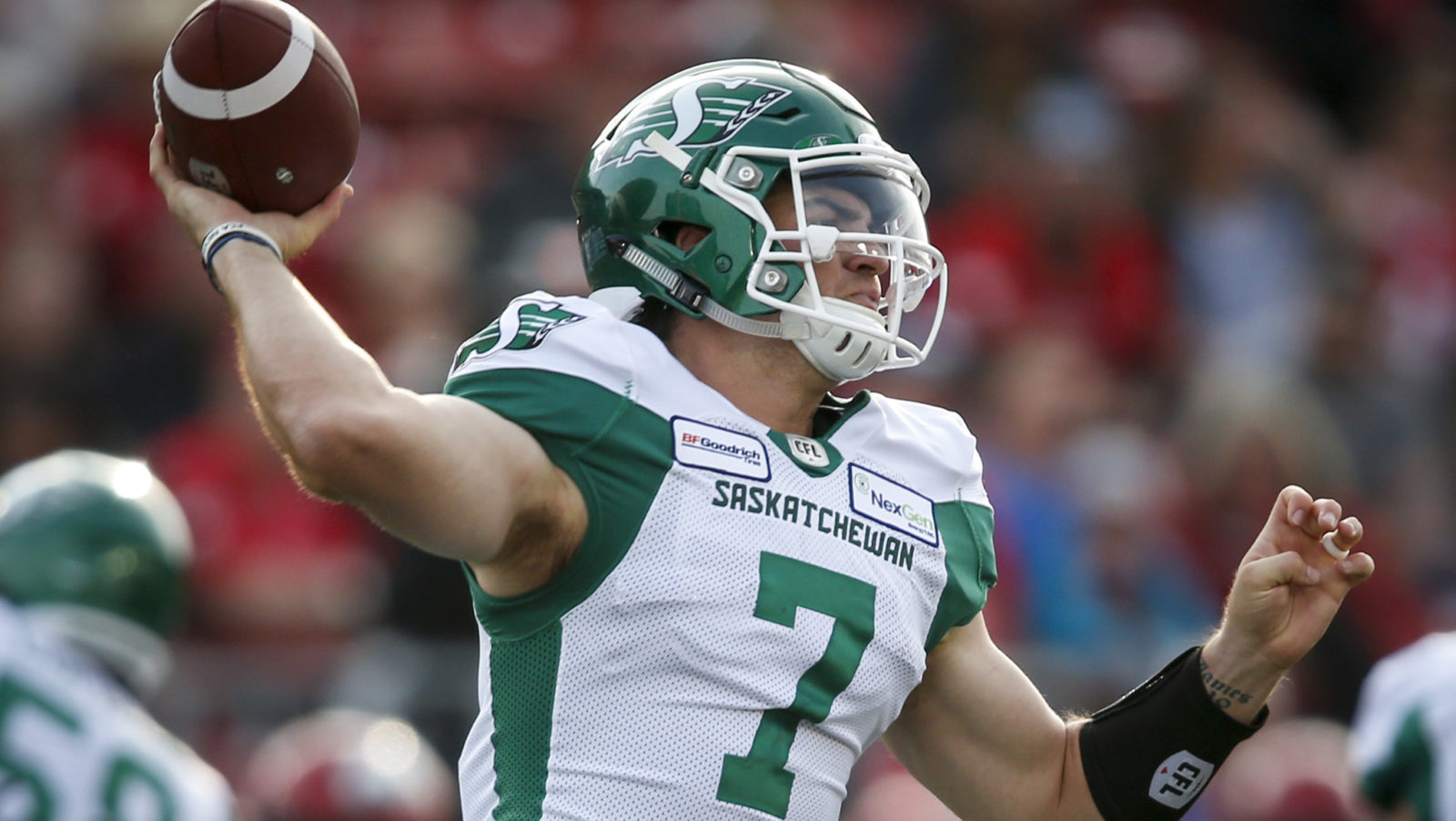 If the Week 8 rankings of TSN CFL Fantasy Football Presented by Leo Vegas looks profoundly different, it’s because it is. Injuries are the biggest culprit, as a host of reliable performers either spent last week on the Injured List or sustained a Week 7 injury that leaves their status in limbo. Don’t be too shocked if this week’s rankings receive a makeover or two between now and Thursday.

Obviously, the loss of Jeremiah Masoli ($11,549) greatly impacts the fantasy landscape. Dane Evans ($5,000) has proven to be an effective pivot in spurts, but Thursday’s trip to a resurgent Roughriders squad will determine if he’ll be able to keep the Ticats’ offence humming or if Brandon Banks ($14,000), Bralon Addison ($6,087) and Luke Tasker ($7,820) can expect a steep regression in both salary and production.

PLAY CFL TSN FANTASY
» Sign up and set your lineup for Week 8!
» The latest from the CFL Fantasy Podcast
» Report: Brescacin, Carey both absent from Stamps practice
» Report: Banks, Tracy, Ciraco questionable for Ticats
» Argos’ MBT to start; Wilder out in Week 8

Cody Fajardo ($7,699) didn’t need to take the top off of BC’s secondary in last week’s win, but expect him and his league-leading 12 completions of 30-plus yards to take flight against the visiting Tiger-Cats. If Evans and Hamilton’s passing game is also up to the task, Fajardo could be in for a huge night, especially given his running prowess near the goal line.

Trevor Harris ($11,815) has failed to throw a major in three of his last four games; trying to snap out of a funk against the Stampeders isn’t wise. Calgary has yet to allow a big play defensively this season and leads the league with 14 interceptions. Matt Nichols ($9,135) owes his high ranking to a Bombers offence that leads the league with a 72% success rate in the red zone. He won’t need to put up huge yardage totals against the Argonauts, who rank last in both passing majors (12) and big passing plays allowed (12).

There’s little reason not to run with Vernon Adams Jr. ($7,359) against an Ottawa defence that gave up 37.2 fantasy points to the Alouettes pivot in Week 6.  Dominique Davis ($6,692) is expected back in the RedBlacks lineup, giving the Ottawa receiving corps a needed boost after struggling with Jonathon Jennings ($5,540). Another poor outing from McLeod Bethel-Thompson ($5,760) makes it likely that fantasy users could see even more of Dakota Prukop ($5,000).

Even if the Roughriders revert to their big-play passing assault, William Powell ($10,031) should make enough plays to exploit a Hamilton run defence that ranks sixth in rushing yards allowed (111) per game but is last in yards per carry (5.8). As long as Andrew Harris ($11,070) remains a vital part of Winnipeg’s passing game, he’ll maintain his high value. Harris has at least 11 fantasy points from his receiving in four straight games. He’s well overdue for a rushing major and could snap that against the Eskimos. Only the Argos allow more rushing yards per game than the RedBlacks (119.5). That’s good news for William Stanback ($8,879), who averages 6.7 yards per carry and is lethal with each touch he gets. A monster week is possible if the Als give him 20+ touches. C.J. Gable ($9,153) is expected back into the Edmonton lineup but faces Calgary and its selfish run defence that allows just 3.9 yards per carry.

Banks remains atop the ranking but that will change if he and Evans failed to improve on last week’s disappointing numbers (six catches, 48 yards). Stretching a defence is no issue for Shaquelle Evans ($6,418), who will bounce back from last week’s sluggish outing. The same goes for teammate Kyran Moore ($7,003), who has at least one reception for at least 26 yards in all but one game this season. A high volume of targets keeps Derel Walker ($8,691) a valuable asset despite Toronto’s woes; with Wilder out again, Walker will see between 12-15 targets.

Reggie Begelton ($7,426) is the go-to in Calgary even with the presence of Eric Rogers ($6,411). The Als should have B.J. Cunningham ($6,380) back in the lineup. If so, fantasy users should upgrade Adams and look to pair the affordable duo together. The Eskimos receiving corps can’t find the end zone, but Greg Ellingson ($8,459) should finally rebound from his recent slump, while Ricky Collins ($6,441) has an opportunity to produce if the Stamps are focused on containing Ellingson and Kenny Stafford ($5,884).

Brad Sinopoli ($7,348) snapped out of his early-season funk last week and will welcome Dom Davis back with open arms. R.J. Harris ($6,812) would be in line for a solid outing if he’s back from the IL.

Should Darvin Adams ($7,267) miss the meeting against Toronto, look for Nic Demski ($6,199) as a low-end play. A real value play in this scenario would be rookie Kenny Lawler ($2,500) who showed his potential against Ottawa in Week 6. Eugene Lewis ($5,745) is trending upward and has interesting upside. It will be interesting to see if the Stampeders hold true to their word and get rookie Hergy Mayala ($2,500) more involved in the offence. Considering that Edmonton and Calgary are 1-2 in pass defence, fantasy users will be wise not to stack receivers on either team.

Winnipeg ($5,368) faces Toronto and its low-scoring offence (12.5 points per game). Add the Argos’ -16 turnover ration into the pot, and the investment in the Bombers D pays for itself. The Roughriders ($4,202) are second with 23 total sacks and won’t hesitate to apply pressure on Evans. The Stampeders ($5,388) will cede yardage to the Eskimos but should be able to keep Edmonton from scoring at will. If the RedBlacks have to go with Jonathon Jennings for a third straight game, the Alouettes ($3,200) become an intriguing sleeper.